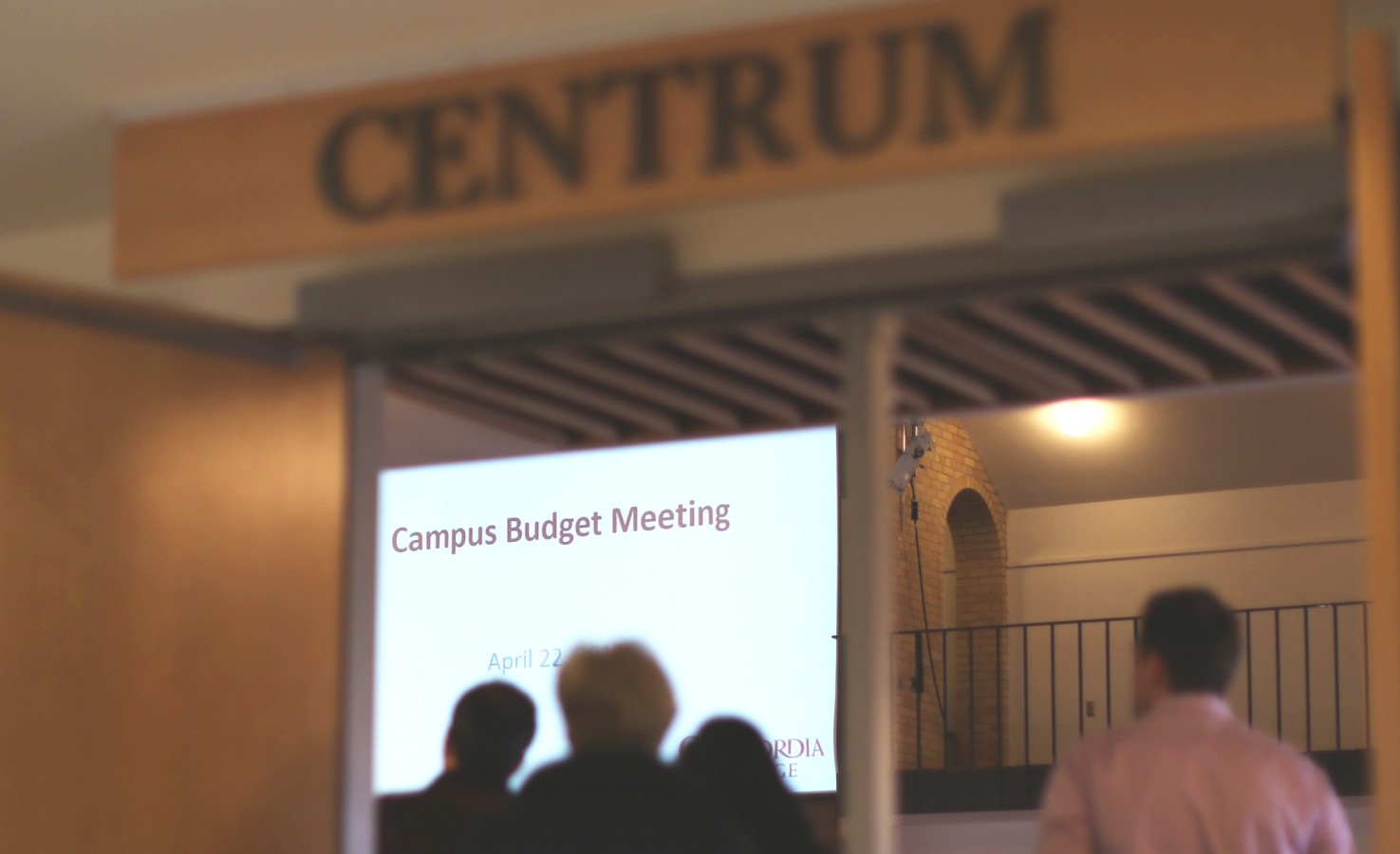 As administrators give details to faculty and staff, students left in the dark 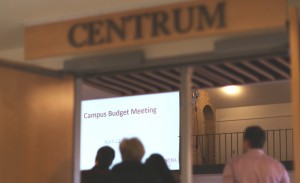 Faculty and staff streamed into the Centrum Wednesday afternoon with only one goal in mind: Find out the budget plans for next year.

But as the clock struck 4 p.m. and the last of the faculty and staff walked into the packed room, doors closing behind them, there was one thing missing – students.

President William Craft and Vice President of Finance/Treasurer Linda Brown, spoke at the meeting to help provide answers for faculty and staff concerning budget cuts for next year.

The Concordian attempted to send both a reporter and photographer, but both were denied entrance to the meeting.

The meeting detailing the budget for next year was absent of all students, for they were not allowed to attend.

Craft said students weren’t able to attend the budget meeting because there has always historically been a meeting only for faculty and staff in both the fall and the spring.

“I want the budget meeting to be a place where faculty and staff can feel comfortable to say what they want and ask what they want,” Craft said. “It’s a meeting where the administrators can be accountable for employees.”

Junior mathematics major Tom Dukatz was upset he didn’t have the opportunity to attend the budget meeting.

“This is an issue where my tuition dollars are involved,” Dukatz said. “Students should at least have the opportunity to attend the meeting. But to keep students guessing about what will be gone next year seems unfair.”

After a February budget meeting, departments across campus were told to find ways to cut 12 percent from their department budgets. Once those cuts were decided, they were submitted to Eliason and other vice presidents where it moved on to the President’s Cabinet and some cuts are either approved or denied.

In February, the original number to be cut was around $5.6 million, but due to increased retention rates and a five percent draw from the $110 million endowment, the budget shortfall is now at $4.4 million.

Another reduction in the budget was to the service and supply budget, and it was cut by more than $800,000.

One change crucial to faculty is restriction to the faculty development fund. Some faculty will not be able to have their research funded if they are not presenting at conferences or other events. The fund was used in the past to help provide faculty with money to fund research, and buy course-related materials or supplies.

Dean of Students and Vice President of Affairs Eric Eliason said the elimination of the faculty development fund would not ward off potential faculty members interested in coming to Concordia.

“Newer faculty out of graduate school will continue to develop their thesis and have the opportunity to present and use the faculty development fund,” Eliason said. “But for faculty in the middle of their career looking to start new initiatives, it may be harder to start those initiatives… This does impact faculty members.”

The music department is one of the many departments on campus affected by budget cuts.

“The cuts can come from little things here and there,” Roberts said. “But there will be no reduction in personnel and nothing will hurt the wonderful program and ensemble experience.”

English adjunct Aimee Hilgers has taught at Concordia for 17 years, but because of budget reductions, her adjunct position will no longer be offered next year.

“The nature or purpose of an adjunct’s position is to teach courses when there are fluctuations in the needs for staffing classes, so when I heard of cuts coming due to lower enrollment and budget issues, I assumed I might not have work next year even before I was informed,” Hilgers said. “I would have liked to continue teaching at Concordia, but I understand the needs have changed.”

Hilgers said she did not have any ill will towards the college, but said if an opportunity arises in the future, she may teach at Concordia again.

“The English Department faculty and staff have been professional and warm, and I will miss working with them,” Hilgers said.

Adjunct positions weren’t the only positions on the chopping block at Concordia. In the Psychology Department, one full-time tenure-eligible faculty position was cut as well.

In figuring out the budget, Eliason said certain programs had to be protected, but the college looked for possible ways to reduce where they could.

Craft insisted the budget will always be balanced, and the college is never in the hole.

“We want to ensure there is no deficit, but we also want to be able to invest,” Craft said.

This year, the highest ever amount was fundraised for the college. More than $19.8 million was raised this year breaking the 2010-2011 record. The money will contribute to the endowment, building resources and the new science building renovation.

Despite the budget reductions for next year, Craft said the faculty and students of Concordia are willing to work to improve the status of the college.

“The people here are inventive, agile, nimble; pick your adjective,” Craft said. “We are a community willing to come together. Concordia will always be a liberal arts school. And we are finding ways to express that.”