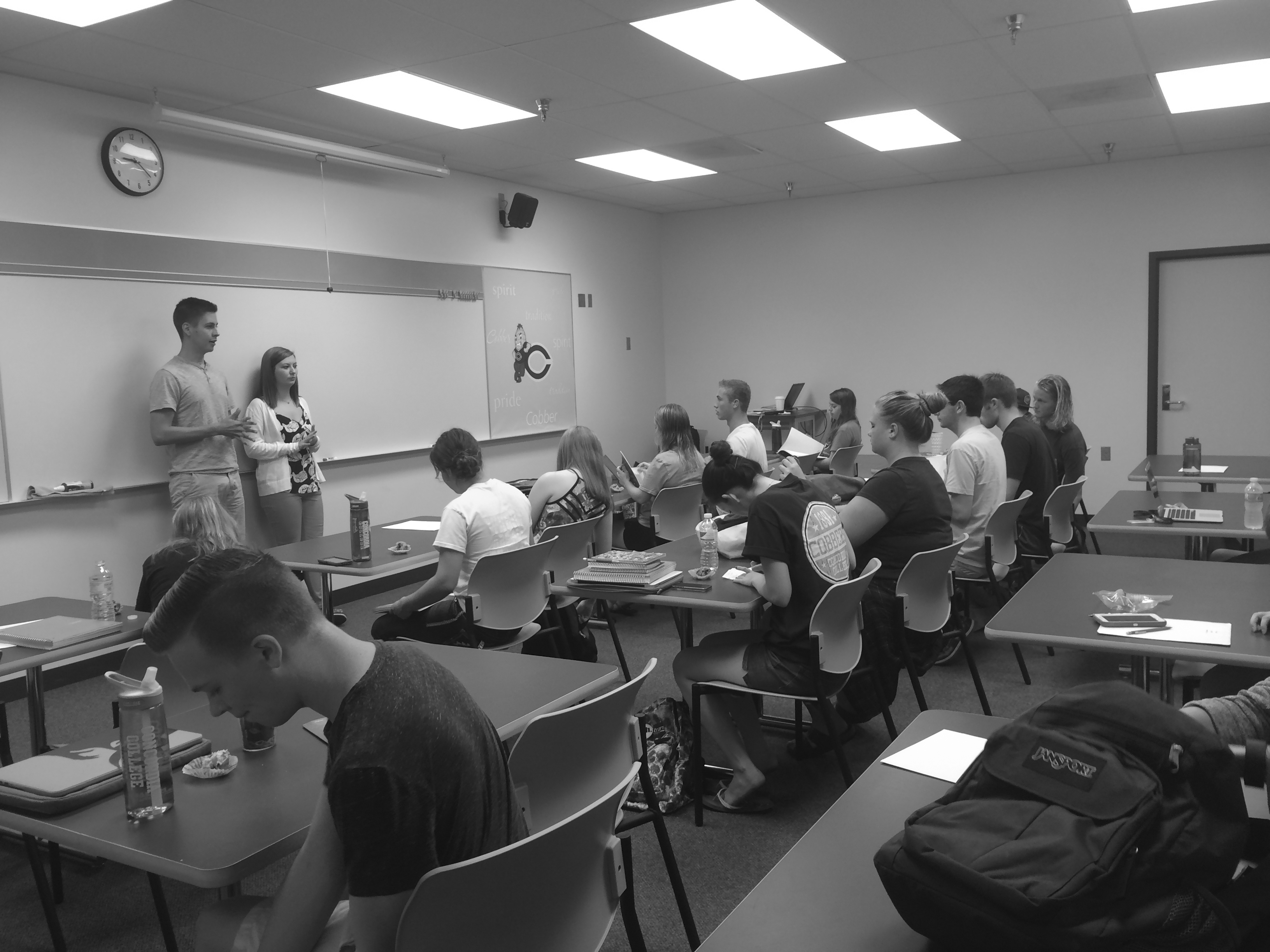 What if I do not like my roommate? How hard are classes going to be? What should I major in? These are some potential thoughts running through the heads of incoming freshmen. Luckily for freshmen, these thoughts will cease to exist anymore.

The newly implemented First Year Transition program, an orientation extension within the inquiry seminars, gives students information and support on how to succeed in college.

“FYT is a program to engage and facilitate open discussion, conversation and a peer-lead environment for students to learn to succeed in college,” said Marisa Eastman, assistant director of the FYT program.

The FYT program has two parts: the residential curriculum, which incorporates first-year floors in the dorms, and the FYT labs, which have been implemented for all students taking an inquiry seminar.

Attending the labs is required for students. The six different labs will take place during community time on specified Fridays. The content and timing of each lab is intentional. The content is based on what would be important and more helpful to the students as well as being relevant at the time.

The first lab is called “#Fail.” This lab takes place right away in order to give students the reassurance that everyone makes mistakes and it’s OK. It’s how they learn from them that counts.

The second lab, “Time Management” teaches students how to organize their time efficiently.

The third lab is called “Happy Cobber.” This lab talks about the perception of all Cobbers being happy when that is not always the case and how to deal with those situations.

The fourth lab is “Advising Prep,” which helps students become familiar with the Registrar website and plan for their advising meeting, which is around the time of this lab.

Fifth is the “Campus Resources” lab where students will go over the campus resources available to them.

The final lab, “Bring it All Together,” is a way to bring closure to their experience. In this lab, students will receive a letter they wrote to themselves during the first lab and be able to see how they’ve changed over the semester. The last lab will be held on Nov. 13.

“The overall goal of FYT is to really help first-year students practice skills that will benefit them throughout their four years of college,” Pieters said.

The Orientation Leaders that continue as FYT leaders get to strengthen their relationship with their club throughout the first semester rather than just during the first few days of orientation. One of the club’s orientation leaders is the facilitator for that club’s FYT labs, with one exception where one club has both orientation leaders leading their labs.

“It’s really cool to have an OL stay connected,” FYT leader Scott Opatril said. “The idea is keeping that connection the entire year has an impact.”

Since students are leading the labs rather than faculty, they can be more relatable to the freshmen, Opatril said.

Upperclassmen have been through what first-year students experience, and can offer advice, creating a closer relationship with them.

“We definitely want students to feel more equipped to handle college and deal with curveballs it throws at them,” Eastman said. “There are people to help.”

The FYT sessions are labs instead of classes because they are more hands on and engaging, Eastman said. Students are encouraged to ask questions and discuss.

“Personally, FYT is something I wish I would have had,” Opatril said.

FYT Leader training allowed the orientation leaders to get questions they had answered, do different communication projects, discuss responsibilities and logistics, practice teaching and receive feedback.

“The goal was to make everyone comfortable,” Eastman said.

Future training sessions will take place during community time on the Fridays where FYT labs do not meet. This will give them a time to reflect and brainstorm changes as well as prepare for future labs.

Last year, a pilot program was conducted where six different clubs had FYT labs attached to them. Pieters received feedback from faculty, FYT leaders, and a survey that 70 percent of students responded to.

“They found it practical and beneficial,” Pieters said.

The idea for FYT labs was a collaborative effort between student affairs and academic affairs. Pieters wrote the curriculum for the labs. She researched heavily what it’s like to be a first-year student today and based the curriculum off of what students would need.

“I really wanted to make the labs something students would benefit from,” Pieters said.

To keep the program successful, they will implement changes when needed. If a lab did not aid the students, they would replace it with a projected better lab. Pieters would like to change the program to what students want and need.

As for future plans for FYT, they would like to get through this semester, which is a large-scale pilot of the program and see where it goes. Lois Cogdill, associate dean of student affairs, hopes the program will be helpful to students but they need to asses the impact after the full run-through.