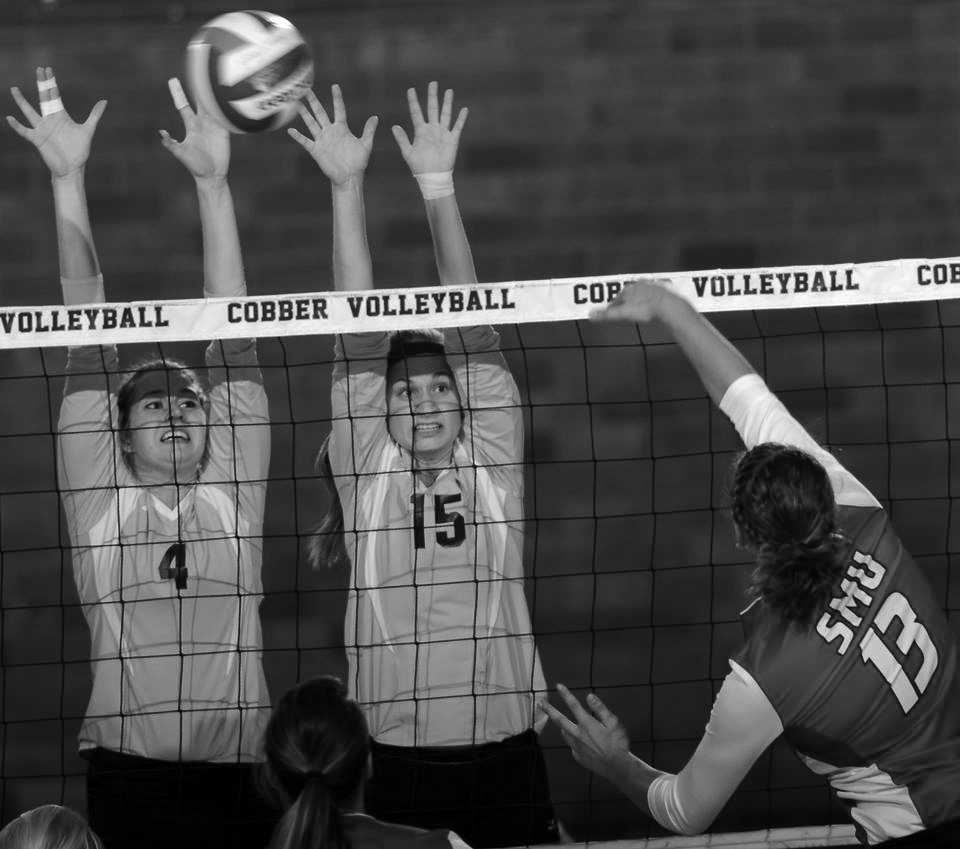 Don’t count the Concordia women’s volleyball team out of high achievements this year. They are ready for a comeback after their 12-12 season in 2014. The team has been ranked eighth in the MIAC this season, but they don’t see themselves as an eighth place team. Their record has not shown them as an eighth place team either. After an opening win over Valley City State, and three more wins at the Bethel Invitational Tournament, the Cobbers are looking good with a 5-2 record as of Sept. 13. Senior Katie Lipton speaks for the entire team when she says, “We didn’t really play as a team last year, and this year we already are.”

The Cobbers’ first loss came from Wisconsin-Eau Claire. A rematch of this game will take place Oct. 16.

“We will beat them, I’m quite confident about it,” said Lipton, one of the three captains of this year’s team.

The second loss took place Sept. 12 against Wisconsin-Stevens Point. The Wisconsin team is ranked in the top 10 nationwide. A few key Concordia players were either sick or injured for this tournament including freshman defensive specialist Kylie Schuelke. Schuelke has already been playing well this year, and has time to grow even more. Kylie is an example of the utilization of first year players.

“We need to give newbies experience on the court so that they aren’t panicky when they’re in,” Lipton said.

Not to mention, there are multiple standout freshman this year, such as Tedi Ramberg who, according to Lipton, is already amazing, but nowhere near her potential.

Four seniors provide a feeling of unity among this year’s team: Katie Lipton, Olivia Wangensteen, Heather Beaner, and Anna Skow-Anderson. These seniors are living under the same roof this year and are excited about making 2015, Concordia’s year. Lipton and Wangensteen join Mandy Mercil, a junior and setter, to make up team captains for the 2015 season. Lipton said the team has a strong defense this year, which allows the Cobbers to wear out their opponents to eventually gain the point.

In comparison to previous years, the Cobbers have fewer home games, but they want to make them count. Lipton urges fans to come.

“We play so much better when people are there. When the gym’s excited we’re excited,” Lipton said.

Concordia’s next home game will be Sept. 26 against Hamline.

Kallie Eberling is a sports editor with the Concordian. She edits weekly articles from various sports reporters. She also works as a contributing reporter.