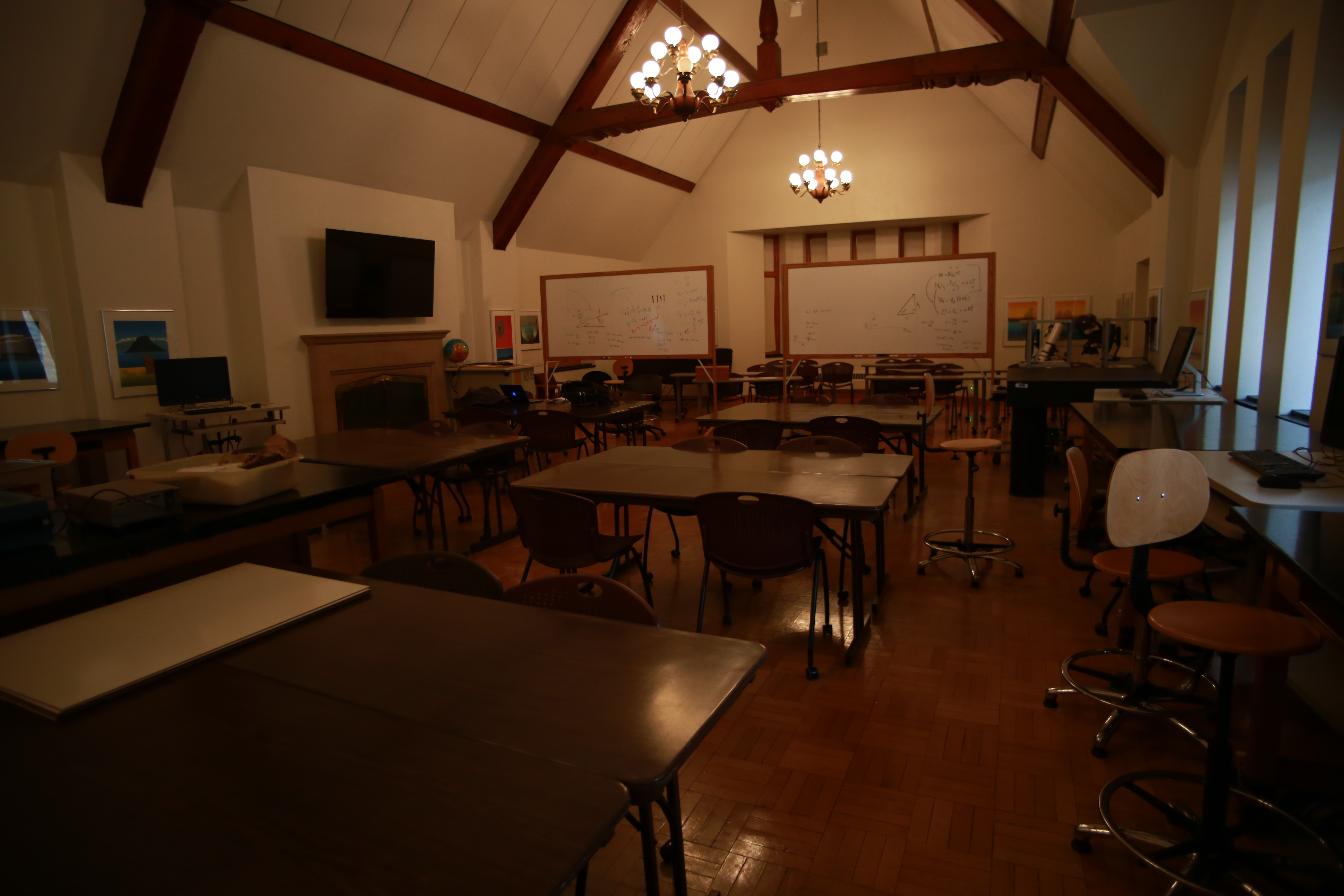 The remodeling of Ivers-Jones has forced science, mathematics and nursing professors to relocate to Fjelstad, and their classes are now spread across campus.

“The majority of the mathematics classes are in Old Main and Grant Center,” said Dr. Douglas Anderson, head of the mathematics department. “Some of them are also in Olin, Grose and Bishop Whipple, so we’re pretty spread out now.”

The construction on Ivers-Jones is scheduled to begin in early January and end in the fall of 2017, so faculty and students will have to adapt to these new spaces for about a year and a half, said Heidi Manning, head of the physics department.

Professors have some concerns regarding their move to Fjelstad. Manning fears that students will be less motivated to take advantage of office hours.

“It’s harder for students to get up here,” said Manning. “One of the fears we faculty have…is ‘what’s going to draw students here?’ I fear if they’re not coming up now, it’s going to be even worse [in the winter].”

However, junior exercise science major AJ Flemming, is not as concerned.

“If I need to go talk to my [professor] in the office, I’m going to go do it,” Flemming said. “Sure it’s an inconvenience to have this whole science building thing, but…you can’t do anything about it.”

Jessica Watson, junior biology major, is not fazed by the distance to the science office.

Watson lived in Fjelstad her freshman year. “It was an all-girls dorm, so when you walked in, you never saw hardly any guys,” Watson said. “It’s weird seeing guy bathrooms in there now. It’s definitely less — I don’t want to say ‘homier’ — but it feels a lot less like a dorm than it used to […] It’s just sort of weird.”

The physics department is especially inconvenienced by the move from Ivers-Jones, because they lost the use of large stockrooms to store supplies for labs and experiments.

Manning is using large cabinets in her office as well as two-thirds of the room’s old dorm wardrobe to store equipment. Other faculty are using the dorm wardrobes in their offices as well.

Though having the stockroom in Ivers was much more convenient and organized, the new Fjelstad offices are large enough that professors can utilize the extra space to ease the transition, Manning said.

Anderson is pleased with the extra space of the new offices, because they could allow him to help multiple students at a time; however, this benefit is only effective if students do come.

Professors are also concerned about how to make these new locations conducive to learning. The Frida Nelson Lounge in Fjelstad, which used to house banquets and gatherings, is now being used for advanced mechanics, modern physics, physical science, and all of the astronomy labs.

The lounge has been set up to accommodate a lab space, but Manning said it’s just not the same.

“We’ve got whiteboards that are portable, lab benches that are just on the side [of the room], and there’s no running water. The classroom here — it’s not your traditional lab sort of space,” Manning said.

Students are also struggling with the new space.

“It’s not for astronomy — there’s a piano and a bunch of weird antique stuff,” said Mia Vu, a freshman in an astronomy lab.

It’s hard for students to adapt to a new location and to become comfortable in a space they are not accustomed to.  This has affected some student-professor relationships.

“Losing contact with the students has been the biggest impact for us. They usually just came over [to Ivers] and studied and they [knew] they [could] just pop into our office hours and then pop back to the study room,” Anderson said.  “There really aren’t study rooms [in Fjelstad]. We’ve lost that whole atmosphere.”

Manning is not a fan of the limited storage space, substitute classrooms and decreased student relations that are caused by the science building renovation.

“I’ll be glad when it’s over,” Manning said.