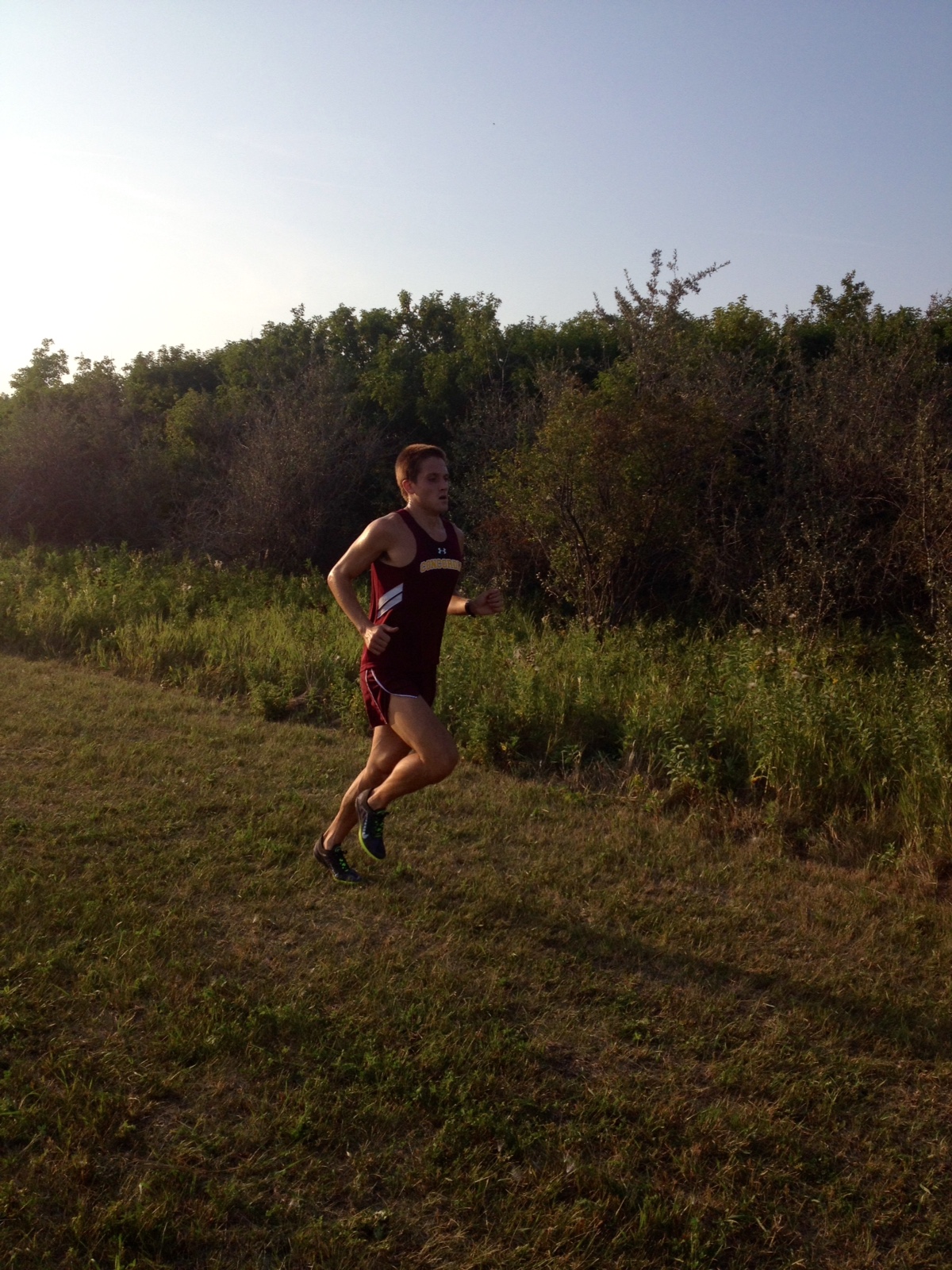 Only two meets into the season, three new faces from three different backgrounds have already made their mark on the men’s cross-country team.

Freshman Luke Lillehaugen has placed fourth amongst Cobbers in both meets.

“I was expecting to place pretty well, but I didn’t know I’d be placing as well as I have been,” Lillehaugen said. “It’s a little bit surprising.”

Although the sample size of the season is still small, Coach Garrick Larson has said that he has been pleased with Lillehaugen.

“Luke has potential,” Larson said. “He can be a good cross-country runner.”

For Lillehaugen the transition to running at the collegiate level has been relatively smooth. He’s upped his weekly mileage from 40 miles to roughly 47 miles in preparation of running 8k races instead of the 5k races he ran in high school. Lillehaugen says that the focus of his first year on Concordia’s team is to stay healthy and to continue to improve in the hopes of placing well at the MIAC Championship Meet at the end of October.

For junior captain Brandon Quibell, a University of Mary transfer who has finished first amongst Cobbers in both meets, the season provides an opportunity to daily improve and to push teammates to be the best that they can be.

“We’re young and inexperienced,” Quibell said. “We have a lot of room for growth.”

The biggest surprise of the season thus far might lie in Race Heitkamp, a senior and former wrestler, who has never run cross-country before.

While in high school, Heitkamp played football, wrestled, and ran the mile in track before joining the wrestling team his first year at Concordia.

“You learn how to be mentally tough in wrestling,” Heitkamp said after being asked if any of the aspects of his previous sports transfer over to cross-country.

“I’ve watched the wrestlers run before,” Larson said of Heitkamp’s athleticism. “I know the demands.”

Knowing the demands of wrestling firsthand, Heitkamp continues to love the sport of wrestling and has nothing but respect for the wrestling team.

“It wasn’t for me,” Heitkamp said of his time on the wrestling team. “I really had to force myself to go to practice every day.”

Preparation for Heitkamp’s first ever cross-country season began in the spring when he went to Larson for a workout program.

“You’re never sure what you’re getting,” Larson said about those who walk into his office and tell him they want to run cross-country. For runners on the team, Larson has expectations that everyone works hard enough to see how good they can be.

Those expectations seemed to work for Heitkamp who gradually worked his way up to running 30 miles a week by the middle of summer.

“I wanted to be prepared. I wanted to do well. I didn’t want to go out just to go out,” Heitkamp said. “If I’m there, I might as well be trying my best.”

Heitkamp said that his expectations for this season aren’t very high.

“I’m trying to stay in the front of the middle pack,” he said.

Heitkamp has finished third amongst Cobbers in both meets this season. Knowing that he’s not necessarily the fastest guy on the team, Heitkamp seems content with his results thus far.

“I didn’t go out because I wanted to be the best. I went out because it sounded like fun,” Heitkamp said.

It’s this upbeat attitude that makes Heitkamp a natural leader even though he lacks experience.

Heitkamp’s lack of experience even helps his positive attitude as he describes each race as an adventure that makes him a little scared, a little nervous and a little excited.

“I don’t really know what’s going to happen,” he said.

Teammates agree that cross-country is a grueling sport.

“There are no days off,” Lillehaugen said.

In fact over the course of the season, runners can run 2,500 to 3,500 miles — enough miles to get to California or Texas and back.

“Be kind to runners at intersections,” Larson said. “They’re doing a lot of work.”

All of those miles pay off. Teammate bonding happens over 10-mile runs and through their approach to fashion.

“In the short time I’ve been involved, it’s amazing how close we all are,” Heitkamp said, adding with a chuckle that the team also wears, “really awesome shorts.”