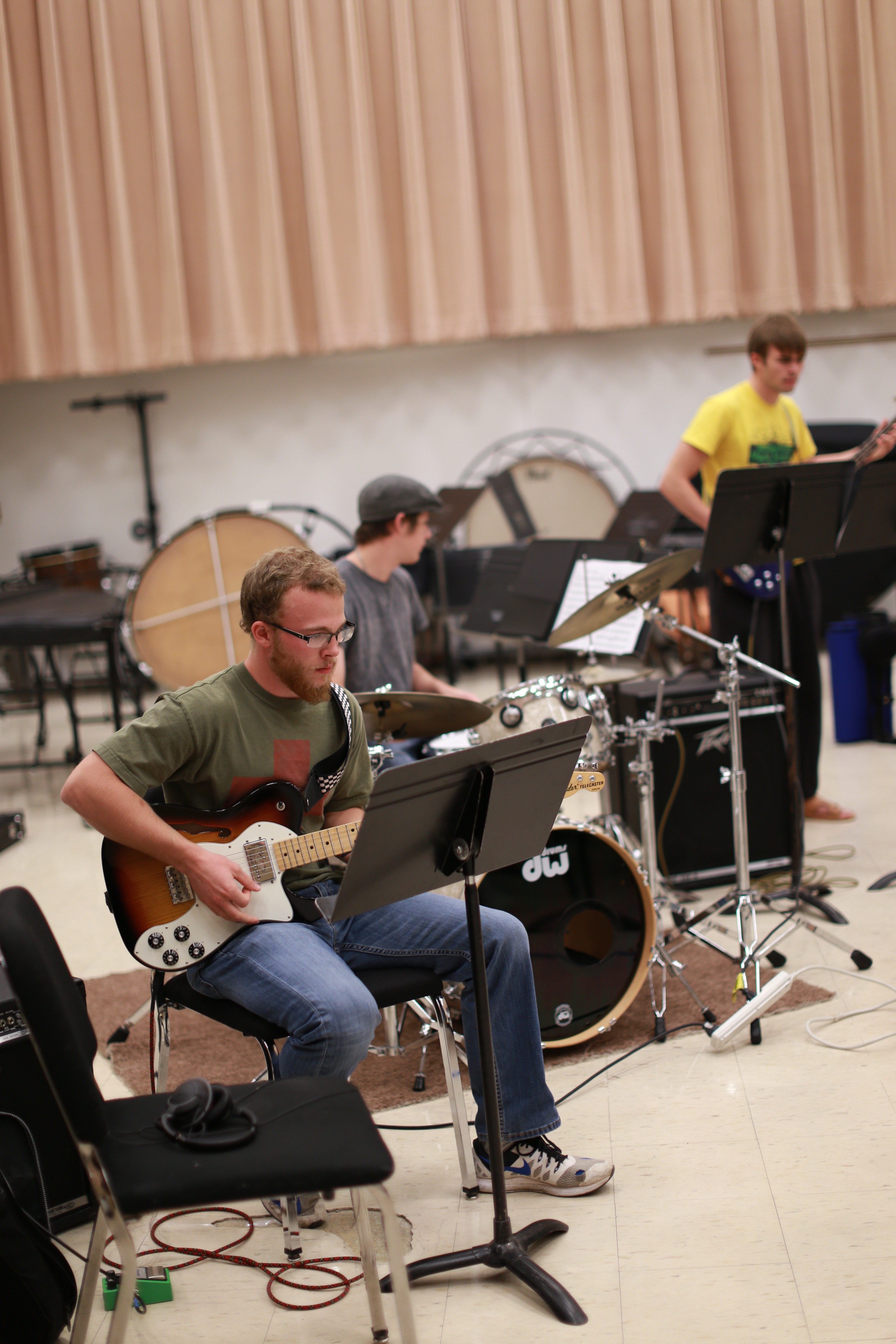 Music Faculty and students react to changes in ensembles

Concordia, a school in which one-third of the student body is involved in musical activities, has increased private lesson fees and implemented choir and band ensemble fees this year.

For the rest of the 16 ensembles, a nominal fee of $75 per semester has been implemented. Applied lesson fees increased from $450 per credit hour to $500. A cap of $325 was also implemented for students involved in several ensembles.

According to Dr. Michael Culloton, assistant professor and choral music conductor, the purpose of the ensemble fees is not to make up for the drop in music program funding but rather to help the whole college’s budget – a decision made by the enrollment team.

“There’s a lot of tough decisions to be made, but this one was hasty and I wish we would have had more time as a faculty to debate it and be able to really study the impact of it,” Culloton said.

Since the new fees have been applied, student participation in many ensembles except for the Concordia Orchestra, the Concordia Choir and the Concordia Band appears to have gone down. Exact numbers of how many students are involved in ensembles and how many declared a music major or minor this year compared to the past few years will be available in a few weeks, according to Roberts.

Culloton said it is hard to tell if decreased involvement in ensembles is from the new fees or from the low enrollment of this school year.

According to Culloton, Chapel Choir is down 14 singers from last year. The sophomore class, which traditionally makes up a large portion of Chapel Choir, is smaller than in previous years.

Männerchor, an all-men choir of mostly first-year students, is also down eight singers from last year. There are only 210 first-year men and around 100 of them are involved in athletics; football, basketball and Männerchor practices overlap, according to Culloton.

Students have ambivalent feelings about the fees.

“The ensemble fee could easily be seen as unfair to those students who participate in music,” Culloton said. “We’re raising money on the backs of the students who choose to come here for our music program.”

Music students were informed of the fees about two weeks before classes ended last year, Culloton said. Many upset students attended the meetings that were held at the end of last school year to discuss expenses. Each student was faced with new challenges and reacted differently to his or her new financial burden.

Sophomore biology major Matt Nelson has taken voice lessons and participated in Männerchor because of his passion for singing. At the end of the 2015 school year, Nelson auditioned for Chapel Choir and got in but decided over the summer that, with the fees, it was not worth it.

“When you take into account Concordia’s tuition, it’s cheap as far as private schools are concerned but I can still barely afford to go here, so any extra fees is going to be ‘Well I can either participate in choir or I can get another textbook,’” Nelson said. “I can’t just throw money around.”

Sophomore Greg Fensom, who experienced a $50 increase in the cost of voice lessons and an added $75 fee for Chapel Choir, was not surprised when the fees were announced.

“Either things are getting cut or becoming more expensive, so I thought it wouldn’t be long before the music program was affected,” Fensom said.

Fensom never considered dropping Chapel Choir or voice lessons, partly because two years of lessons are required to uphold a music scholarship, and partly because of his love for singing.

“In reality, it’s the same amount as donating plasma a few times or buying an expensive concert ticket,” Fensom said. “The price is affordable for the experience I get.”

Other students are paying higher amounts since the addition of ensemble fees and the increase in private lesson fees.

Sophomore music major Breck Cogswell is enrolled in two credits of voice lessons, one credit of piano and the Concordia Choir. She is now paying an extra $325 per semester, which will amount to $1,950 by the time she graduates, if she continues with all her activities.

“Although it is a shocking number overall, I still think these things are worth the money,” Cogswell said. “It’s not too scary of a number because I have a music scholarship, but I know a lot of people who have to pay that amount without a scholarship.”

For students who do not have a music scholarship and are not majoring in music, they have a different perspective.

“I think it was a poor decision especially because a lot of people who do music here don’t study music,” Nelson said. “They’re asking people who are interested in biology, like myself, to pay money to sing in the choir and it just isn’t worth it.”

A lot of the financial issues come back to enrollment, Roberts said. With fewer students comes less revenue and the missing revenue has to be accounted for somehow.

“We’re helping the college the best we can,” Roberts said. “But I can’t emphasize enough that we are going to closely monitor [how the fees are affecting students] throughout the next few weeks.”