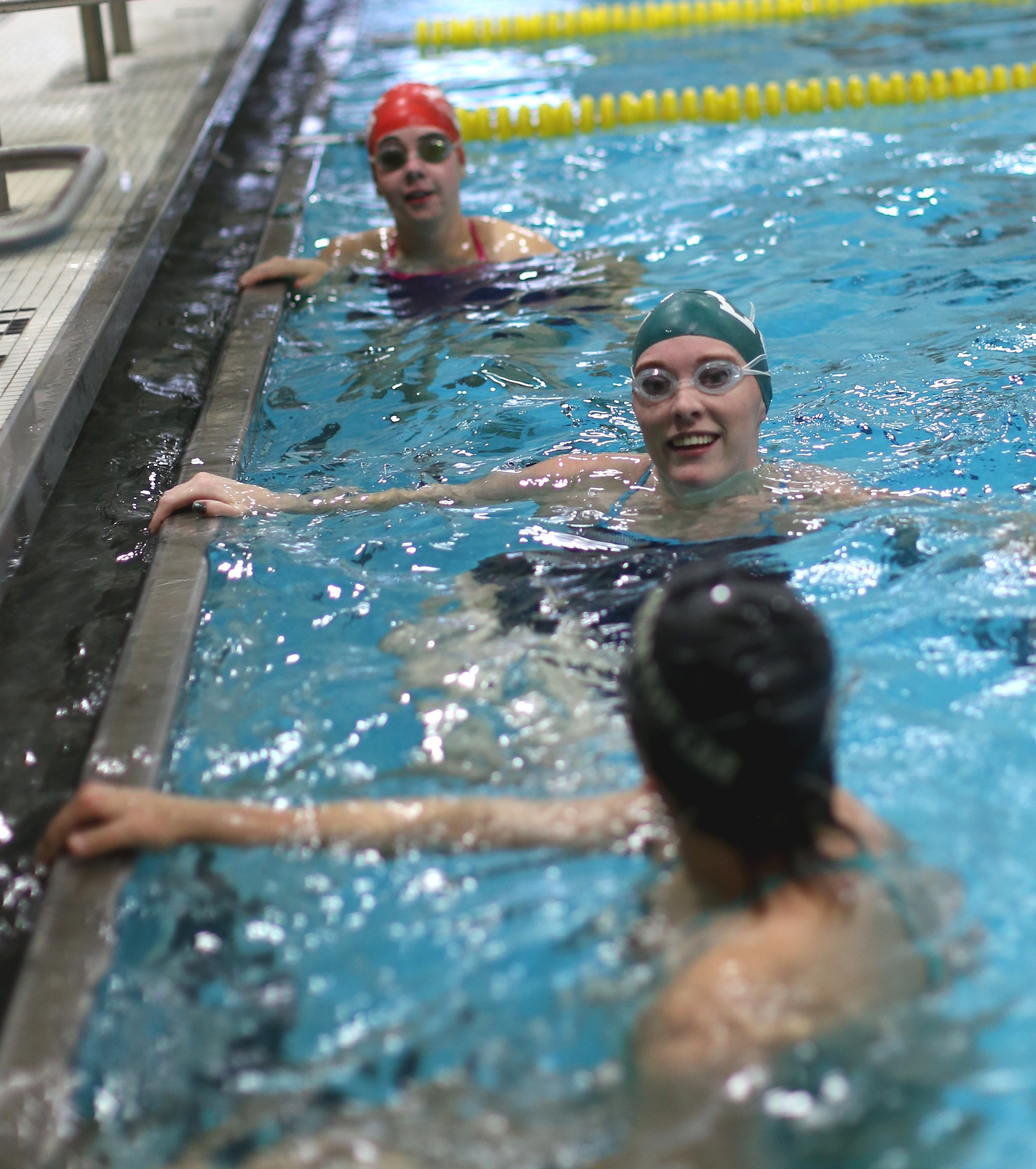 Students create a club that gives anyone the opportunity to swim

For students who want to swim without the time commitment of swim team, or for the men who do not have a formal team as an option, Concordia’s Swim Club is a convenient alternative.

Swim club was formed at the beginning of last year by Logan Arnold, Tanner Iverson, Alex Elizárraga and Taylor Crothers. Maddie Peterson has joined the founders of the club as a board member of swim club.

“There wasn’t a guys’ team here at Concordia and we [the founders] were really passionate about swimming,” Iverson said. The club started small, with just five members, and grew to about 20 members. Membership fluctuates throughout the semester. Right now, swim club is sitting at about six members.

Though swim club is struggling to increase its membership, the board members hope that the positive response from Cobber Expo will help, said Peterson.

Swim club practices Monday through Thursday from 7 p.m. to 8 p.m.

“[The] attendance policy is one hour a week,” Iverson said. “If you can’t make the one hour, we ask that you make it up on your own.”

Swim club is not just for students who used to swim competitively.

Students do not need to be prepared for an intense workout.

“[Practice] usually doesn’t last an hour. We usually swim for 30 minutes or 40 minutes and then sit in the sauna,” Peterson said.

The club is also dedicated to providing a way for students to “work out in a group of people and have fun with it,” Iverson said.

Practices are led by the swim club board members, who design a workout when they arrive at practice, according to Peterson.

“[Iverson] will plan it out and sometimes have it written on a board so we can follow it,” said Abby Gunderson, a first-year swim club member and a member of swim team last year.

For Gunderson, this relaxed practice schedule is hard to get used to.

“I enjoy the laid-back [nature] of it. At the same time I wish it was a little more structured,” Gunderson said.

While the practice commitment is low-key, swim club still has opportunities to compete around the Fargo area, Iverson said.

“Last year I [competed] by myself with the West Fargo Flyers — they have a 19-and-over program,” Iverson said.

Though the swim club has opportunities to compete, it doesn’t look like the club will enter any competitions this year.

“I’m trying to push for more competing, but people are so busy that it just doesn’t seem like it will work,” Iverson said.

Iverson and Peterson are still looking for new members.