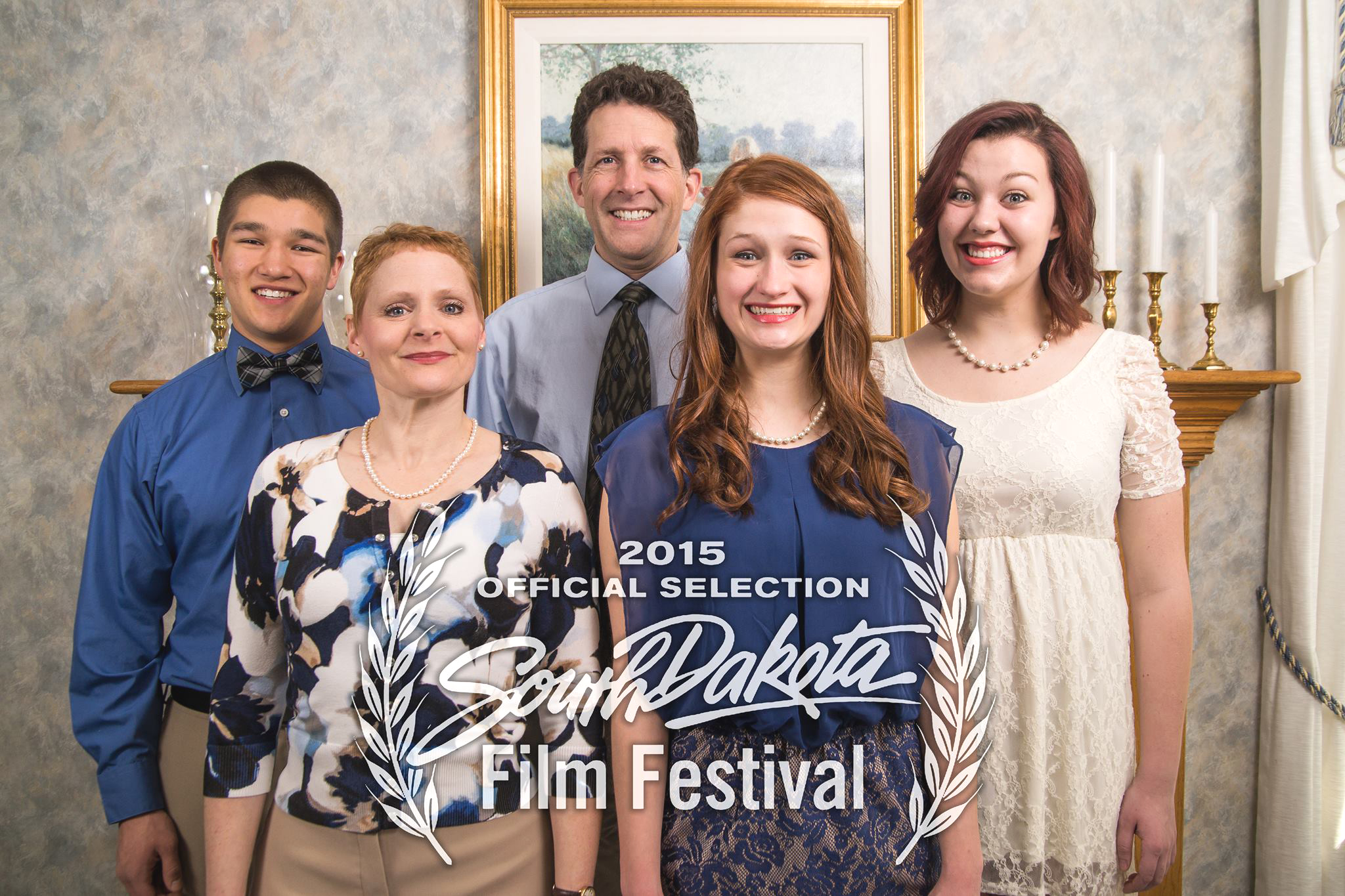 Happy While She’s Gone,” a short narrative comedy created by students in the Film and Literature Core Capstone class taught by English professor Dr. Dawn Duncan, will be playing in the South Dakota Film Festival Sunday morning on Oct. 4 during the ninth session, which is the Family Friendly Day. The festival will take place in Aberdeen, S.D., from Sept. 30 to Oct. 4.

Along with “Happy While She’s Gone,” two other films associated with Concordia College will be playing at the South Dakota Film Festival. Dr. Greg Carlson, who has had films shown at the South Dakota Film Festival before, will show a film called “Libero, Middle, Right” this year. Concordia student Nick Brandt along with Brodigan Morton, who attends MSUM, created a short narrative called “Roomies” that will also be showing.

In order to choose which films will be played, a jury looks at all of the submitted films, rates them and then discusses them. This year, “Happy While She’s Gone” was chosen because it was funny, well made and well acted, Brandt said.

Originally, Director Amber Morgan said she wasn’t planning on submitting the film to a festival.

“I just didn’t know we were qualified,” Morgan said.

Morgan received a call in early August that their film had been selected to be shown.

“It’s a wonderful celebration for us,” Morgan said. “Sometimes we do all the hard work and then we move on. We sometimes don’t take the time to celebrate.”

Duncan was touched by the fact that her students accomplished something so large, and then brought it out of the classroom. She feels like guiding students in the right direction is worth all the trouble that it takes to create the course.

Morgan appreciated that the South Dakota Film Festival selected her film to be a part of the festival.

“I think it’s a huge nod to this class and to Dawn Duncan and Concordia College as a whole,” Morgan said.

“Happy While She’s Gone” is an adaptation of English author, Saki’s short story called “The Disappearance of Crispina Umberleigh.” The original short story is a frame story. Two guys are talking on a train and one tells the other about the family. In the film adaptation, the students decided to cut the outer frame and just tell the story of the family.

The film is about a family with an overbearing wife and mother character who dominates the family. The kids don’t have freedom.

“They’re just sort of puppets for their mother,” Morgan said.

In a gardening accident, the woman loses her memory, runs off and disappears for eight months. During this time, the father is sending money to ransomers to keep her away rather than to get her back. During her time away, the family members get to live their lives as they wish.

Austin Gerth, writer of the film, explained the reason they chose to modernize the story in the film was due to the humor. The humor is distinctly late 19th century and early 20th century.

“It is humorous in a way that doesn’t translate off the page,” Gerth said. “Saki’s writing is driven by voice. We had to modernize it somehow.”

The process of creating a film is a full semester project for those who take the Film and Literature Core Capstone class. On the very first day of class, students do an assessment of skills and interests to each choose one of the seven production roles.

“It allows them ownership of their own skills and interests,” Duncan said.

This year, Morgan directed, Gerth wrote the screenplay, Mary Henning was the cinematographer, Shelby Halland was the sound technician, Emily Fosson was editor, David Wolfe was the storyboard artist, Emma Payne was production designer, Tisha Burch did publicity and Duncan was the producer.

“I spent the first week Googling how to be a director,” Morgan said.

After selecting a piece of literature to base the film off of, Gerth wrote the screenplay.

“That calls for a lot of creativity,” Duncan said. “Gerth’s adaptation was brilliant. It was so lively and witty and appropriate to this day.”

The team constructed the production design, sets and costumes and held auditions. For their film, the group utilized Wolfe’s parents’ house as a set where they spent two full weekends shooting.

“It’s such a collaborative process,” Morgan said. “There’s something really special about telling stories with a team.”

After each day of shooting, Fosson would begin editing those shots. Fossen spent about 60 hours editing. “Happy While She’s Gone” ended up being 20 minutes long.

“The three phases bleed into each other,” Morgan said referring to preproduction, production and postproduction.

Once the films were completed, they were shown at the Fargo Theater. They premiered on April 19, 2015. All three films were shown without stopping, then at the end all three teams went up to the front for a 30-minute Q-and-A session. The Film and Literature Core Capstone class has an ongoing partnership with the Fargo Theater. All of the proceeds go directly to the theater.

“It makes those students so proud of their work,” Duncan said.

At the Faculty Senate meeting on Sept. 21, faculty voted in favor of removing the Core Capstone requirement. Duncan hopes the college will rethink this decision.

At this point, Duncan will be teaching the course fall semester of 2016. She would be due to teach it again spring of 2018, but if the cut of the Core Capstone requirement is implemented, she is worried this course will only draw English students, which would be a loss of skill sets from other majors. Duncan said she will have to see if it will be a viable course at that point.

“For me, there’s never been a course like this that I have had the privilege of teaching,” Duncan said. “It would be a real shame for that course to disappear.”

Morgan said she realized she loves narrative filming after taking this course.

“It’s a step in the right professional direction,” Morgan said.

Morgan has received a job working on a real independent feature because of this class. She does not know where she would be right now without having taken the class and can’t believe the class might get cut.

“To me that is shocking,” Morgan said. “I would not be where I am without this class. My life would be 100 percent different right now.”

Morgan said this class pushed her more than any other class has.

“I believe that class is the kind of integrated learning that Concordia is looking for,” Morgan said.

“[This project is designed to] bring together a vast array of skill sets in a medium that is global,” Duncan said.

“There aren’t a lot of classes where you get to do something of this scale or nature,” Gerth said.

“It wasn’t just something we were doing for fun,” Morgan said. “It was something I felt was very real. When you’re doing real things, you’re going to be fostering so many different skills than if you are doing something just for school.”