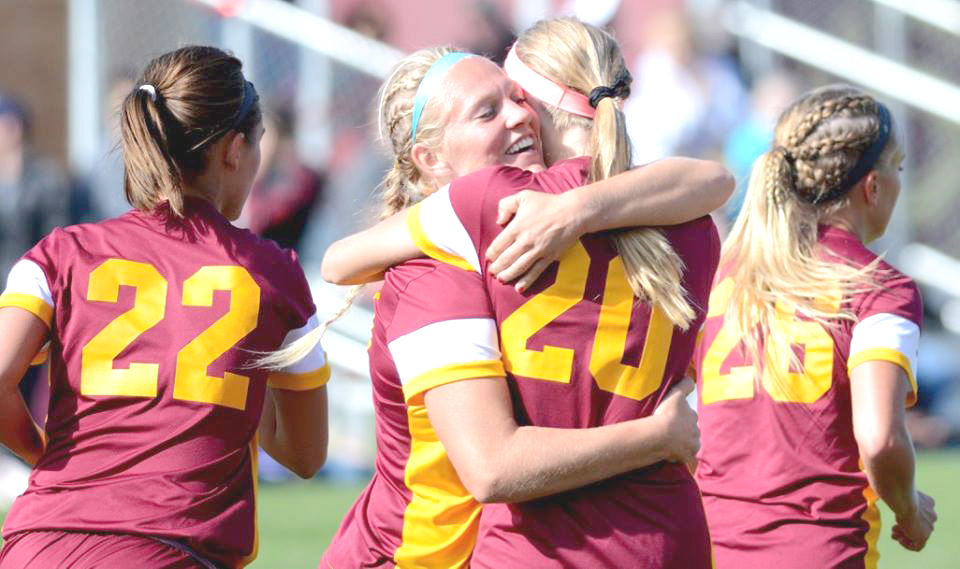 Not many are fortunate enough to be crowned royalty for a week, but senior soccer player Sadie Hayes was. After being crowned homecoming queen at Coronation Sept. 28, Hayes hit the ground running. While being queen didn’t excuse her from her anatomy exam earlier in the week, it did give her the privilege of starting the annual bonfire Oct. 1, alongside Homecoming King Patrick McGuire and dining service cashier, Susan “Sue” Anderson. All members of homecoming court had the honor of participating in the Homecoming Parade as well, but Hayes got special treatment.

“We got to ride in a carriage, which was pretty fun,” Hayes said. “After the parade they even dropped me off right at the locker room so I could go get ready for my game.”

Hayes’ duties as queen were cut short due to scheduling. Hayes was in the middle of a soccer game during halftime of the football game, when the rest of the homecoming court took the field for public recognition. Despite having missed her last hurrah of being homecoming queen, Hayes compensated for missing it in different ways. Hayes finished her homecoming weekend with two wins as a team and two individual goals under her belt. According to Hayes, overall it was a worthwhile week and she only has positive thoughts about her week of royalty as it comes to an end.

“I was really, really, really honored. To be chosen by your peers — whoa,” Hayes said. “I just hope this means that I was able to brighten some people’s days along the way.”