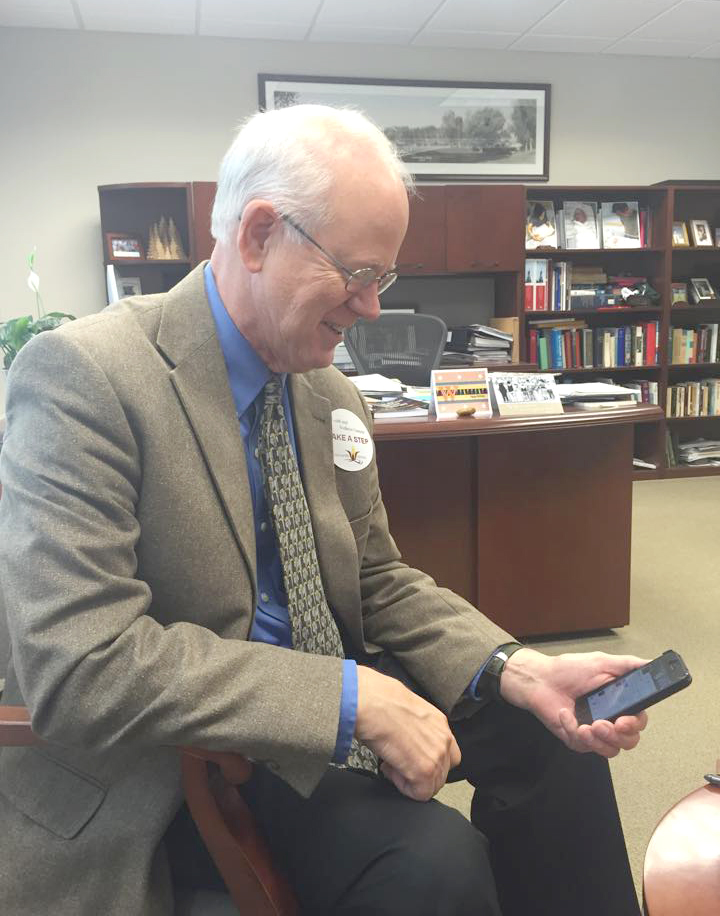 @PresidentCraft may not have Twitter’s blue checkmark, but it is the real deal. President William Craft has been taking the Twittersphere by storm for the past couple of weeks.

“Yes, [the Twitter account] is mine. I work in partnership with the people in Communications and Marketing at the college,” Craft said. “They’re the ones who provide me with information about how you set it up, how you put a picture in a Twitter account, how you retweet — all these things which are new to me.”

With the help of Amy Aasen, interim director for communication and marketing, as well as Laura Caroon, a content specialist, Craft intends to use his Twitter for various things.

In addition to keeping students informed about their peers and the school, Craft intends to utilize Twitter as a means of motivating students to be engaged with the world.

“I also want us to be more aware of the things that happen outside of the college that are going to affect us,” Craft said.

Craft appreciates the powers of Twitter for several reasons.

“You get things out fast. And you can get things out to a wide audience fast,” Craft said. “I think it also creates a less formal voice, just the whole language of it — it gives people a chance, particularly for people with jobs like mine, to speak in a less formal way.”

Aasen and Caroon voiced similar opinions about the use of Twitter.

“We wanted people to get to know President Craft as a person too, not just as the figurehead for the college,” Caroon said. “We wanted to allow him to just be out there — more visible and more accessible to our students.”

Despite Craft’s close proximity to students, he cannot communicate with everyone in person, especially when it comes to broader outreach. With Twitter, Craft is able to reach out to more students while maintaining his personal accessibility on campus.

“I have the incredibly good fortune … of living here on campus where I work, so I’m in communication with students all the time,” Craft said.

With 260 followers as of early October, not only does Craft have an excellent ratio, he’s also catching on to the ins and outs of Twitter rather quickly. Craft was not always familiar with the land of hashtags and “Twitter handles,” but he has adapted to the new environment quite well.

Craft’s success with Twitter can be largely attributed to Aasen’s and Caroon’s efforts in educating him on how to use the new technology.

“We had an in-person meeting with [Craft], and kind of just went over the basics,” Aasen said. “He’s very savvy already with his phone, so that was helpful. … We’re consultants now, so that if he has questions, we’re here.”

Despite Craft’s new Twitter prowess, he will continue to recognize the importance of interacting with Concordia students on campus and in more formal settings. “The presidential duties will trump taking time to tweet,” Aasen said.

@PresidentCraft has been verified by The Concordian.

2015-10-15
Previous Post: Moorhead city water pumped into Prexy’s Pond
Next Post: Op-Ed: If you want to BREW, you should not study abroad