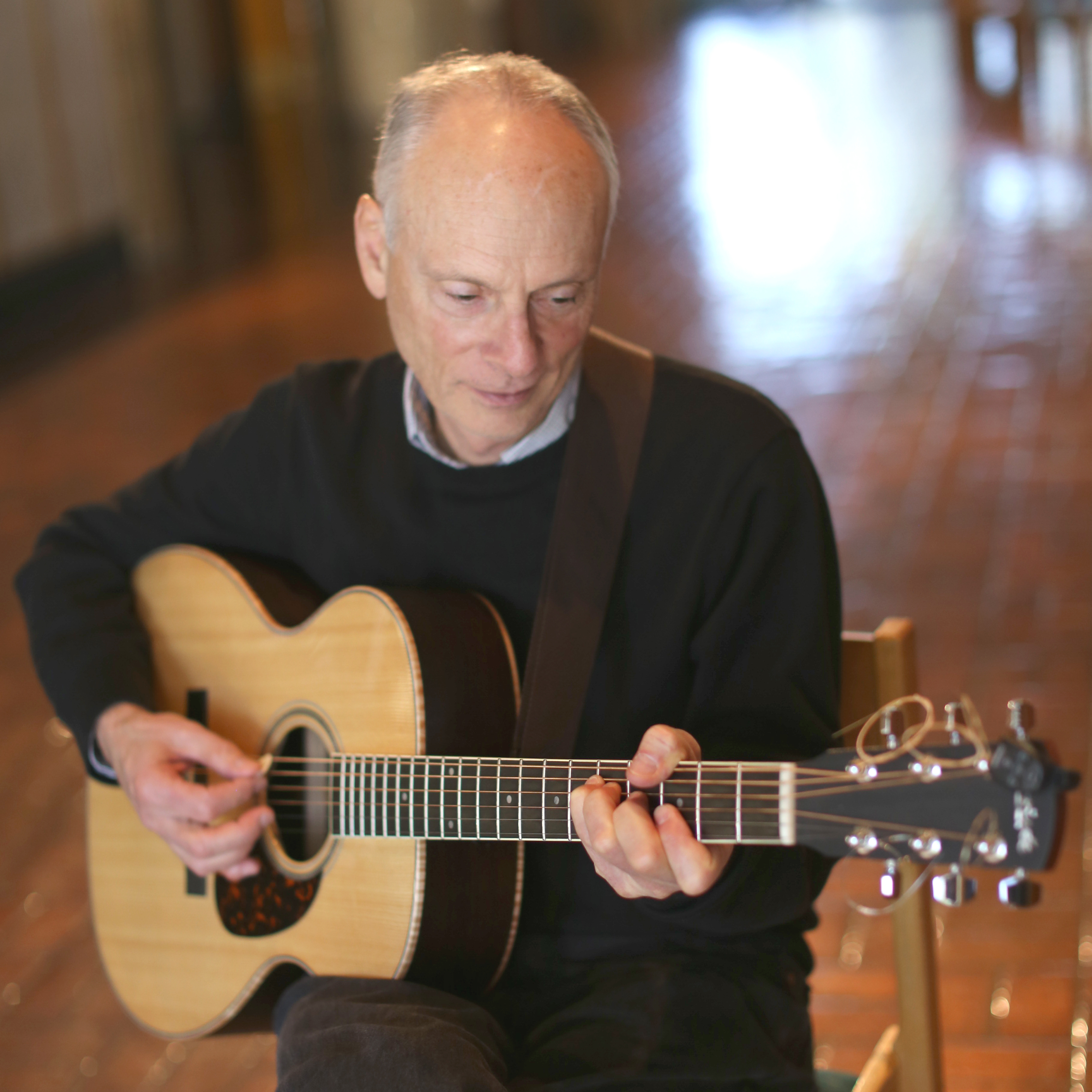 On Christmas Day in 1961, Dr. Bill Snyder received a guitar from his parents. He began teaching himself how to play by listening to Joan Baez records and to folk music on the radio. He already knew how to play the ukulele, which made it easier for him to pick up the guitar.

On Saturday, Snyder will strap his Larrivée guitar over his shoulder and play two 45-minute sets at Nichole’s Fine Pastry between 7:30 and 9:30 p.m.

Snyder performed at Nichole’s Fine Pastry earlier this month, and owner and operator Nichole Hensen said his music complimented the space and added to the guests’ experiences.

“I believe fostering the arts regardless of the medium is a valuable part of a growing community,” Hensen said.

Music has been a part of Snyder’s life since a young age. He played the clarinet from fourth through seventh grade and said his father liked to play a toy piano and fancied himself as a songwriter.

Growing up, he also liked to listen to albums of Viennese waltzes that were gifted to him by his grandmother.

“The albums that my grandmother gave me, I’d listen to them all the time,” Snyder said. “You could just hear … how music could move people, and move me, just the melody and the energy of those waltzes.”

In college, Snyder liked to bring his guitar to parties and said people sang along while he played. Sometimes he played shows on his own, and sometimes he did concerts with other people. One of the groups he played in was a jug band, which includes homemade instruments, namely a large ceramic jug, as well as other people playing the guitar, fiddle and banjo.

After graduating from Florida Atlantic University, Snyder said he spent six years earning his living by playing shows at restaurants, bars, and houses in Gainesville, Florida. He played for about four hours a night and gave guitar lessons during the day.

Then, there was a long period of time when Snyder said he did not play music at all. Instead, he began developing a one-man show that included juggling and other acts, but not guitar. He also became interested in writing and went to graduate school, during which he said he did not have time to play music.

In 1996, Snyder came to Concordia and began teaching beginning and advanced sections of poetry and fiction as well as first year writing. Snyder has continued to teach both of the poetry seminars and currently teaches an inquiry class.

Senior Jacey Mitziga has taken multiple courses with Snyder, and said that he played songs in class on occasion.

“Probably one of my favorites was last year around mid-semester when he surprised our poetry seminar and played music for the majority of our class period,” Mitziga said in an email. “It was nice to have this break from routine during a stressful point in the year.”

Snyder said he has put together about 60 songs in the last two to three years, all of them covers, as he prefers writing poetry to song lyrics.

“My tastes are really eclectic,” Snyder said. “I like to do Joni Mitchell to Elvis to Hank Williams to jug band, and now I’m finding I’m really fascinated with trying to do syncopated kind of things, like in songs that are a little more complicated than folk songs.”

He has also learned some contemporary pop songs, including “Stay” by Rihanna, “Wrecking Ball” by Miley Cyrus and “I Knew You Were Trouble” by Taylor Swift.

Hensen said that Snyder “performs recognizable music that appeals to a wide range of ages. He plays many popular songs but also mixes in some unexpected ones to provide variety.”

Snyder looks forward to his second gig at Nichole’s Fine Pastry. He said the pastry shop provides a great atmosphere for performers.

“It’s really intimate and it’s really close, so that you can talk to people, look people in the eye and interact,” Snyder said.