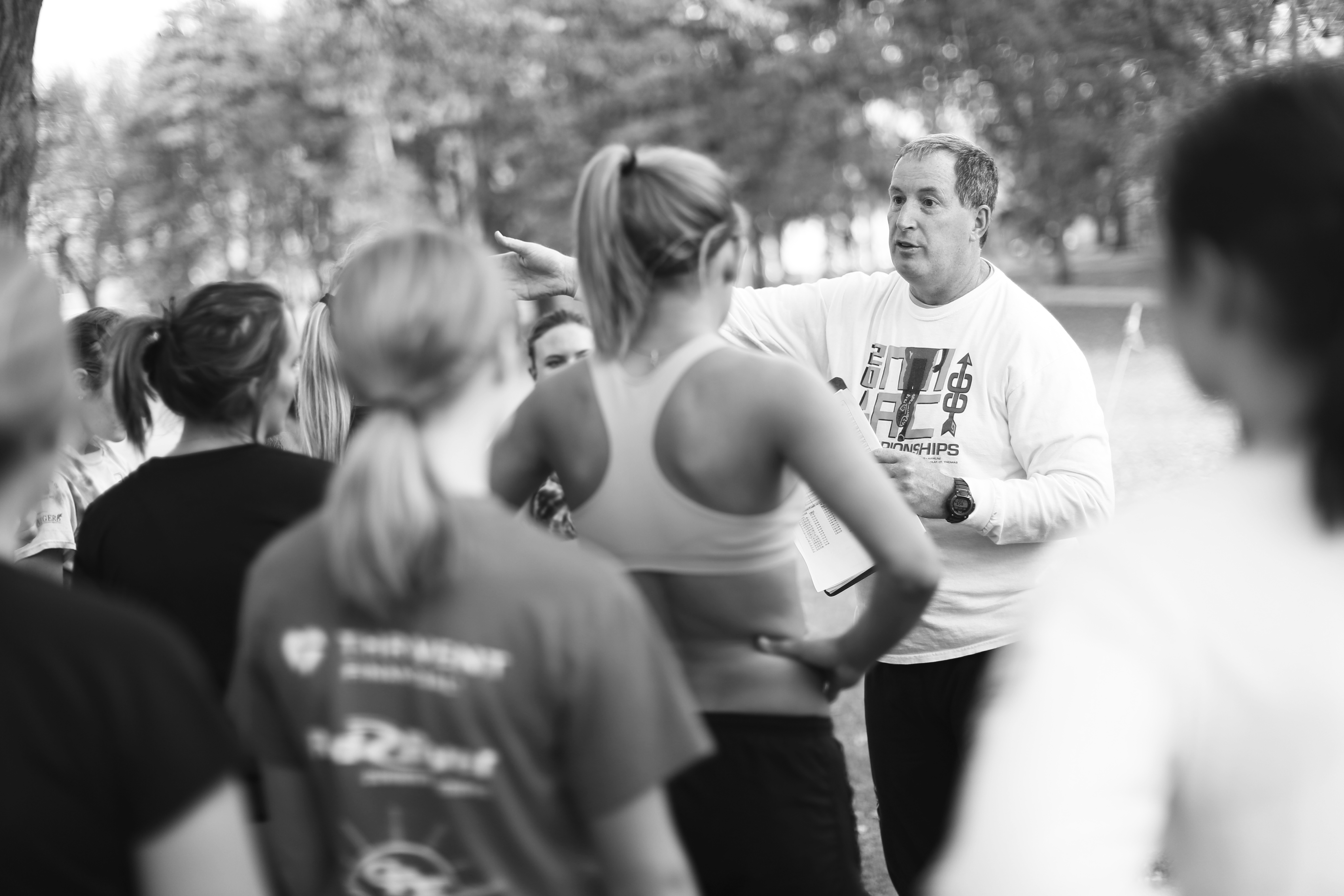 Every year, student-athletes graduate and sports teams are left to figure out how to fill empty holes. According to head women’s cross-country coach Marvin Roeske, for their team, it was a whole new turnover from last year to this year.

Last year, all but one of the top nine runners were unable to compete in conference and regional meets because of injury, another sport or studying abroad. This year those athletes are back along with a new batch of freshmen. At the conference and regional meets later this month, the team will have a whole new dynamic, since most of the runners did not compete in these meets last year.

“They are an interesting story,” Roeske said. “They all came here from different paths.”

Developing the team from one year to the next doesn’t just bring difficulty with team chemistry, but it also brings forth the unknown. What could happen with a young, basically brand new team?

“I had no idea what to expect,” senior co-captain Mackenzie Randklev said.

“We are a pretty young team this year,” senior co-captain Melissa Uhrich added, “We had a lot of girls graduate and a lot of the juniors study abroad. So I was nervous and I didn’t know what to expect.”

“I was excited for the potential,” Roeske said. “But there were just so many questions marks. I didn’t know how good it could be.”

Despite the fear of the unknown, according to the co-captains and Roeske, the new team chemistry is working well.

“In every meet they have finished right where they should have,” Roeske said. “Which is good. That doesn’t always happen.”

When Roeske talks about the cross-country team finishing where they should be, he is referring to the team competing and finishing well against Division II schools. A large majority of the Division III schools that the team is up against during conference and regional meets are all teams located in or near the cities. Because of this the women’s cross-country team stays local, meaning they run alongside Division II schools such as Jamestown, University of Mary, and MSUM.

“I think it helps,” Uhrich said. “You get used to racing these girls and then when you finally get to racing a DIII team you are like, ‘Oh hey I’m kind of toward the front right now.’”

In preparation for Division II teams and the conference and regional meet, the team continues to put in mileage, despite the dropping temperatures.

“Everyone is continuing to put in the work even though school is picking up,” Randklev said. “It’s getting colder outside. It’s not a nice 70 degree jog with your friends.”

Along with the increased mileage in the cross-country team’s preparation for future big meets, they have also been running some of their workouts on landscape with more “personality.”

“Saturday mornings at eight o’clock we fill up three vans and drive out to Hawley and go for a run,” Roeske said. “It’s nice to be on the gravel where you are off the hard concrete of the sidewalks and on the rolling nature of the hills. There are some real hills in the conference and region meet that we need to be ready for, not just physically but mentally as well.”

In seasons past, at this point in the season, the cross-country team has had to deal with injuries from a fall worth of mileage, but this year that isn’t so much the case.

“Our training gets tweaked year to year,” Roeske said. “Our mileage is a little lower than it would have been two years ago, but this group is really young so we are trying to be careful.”

“I think our new strength coach, Coach Yuaw, has helped us a lot this year,” Uhrich said. “He knows what he is doing with runners. He has us do a lot of rolling out and stuff which I think has helped with out injury prevention.”

Cross-country is not just a jog in the park.

According to the co-captains, there is more to cross-country than meets the bystander’s eye.

“I don’t think people understand it,” Uhrich said. “I just wish, one time, the other teams could come and see what it’s about. See people passing out in the finish, puking.”

“We are actually decent,” Randklev adds. “This isn’t a club, we work our butts off too.”

“There are no timeouts, no halftimes, no walking,” Uhrich said. “It takes heart. Yes you need a lot of endurance, but I think having heart is almost more important.”