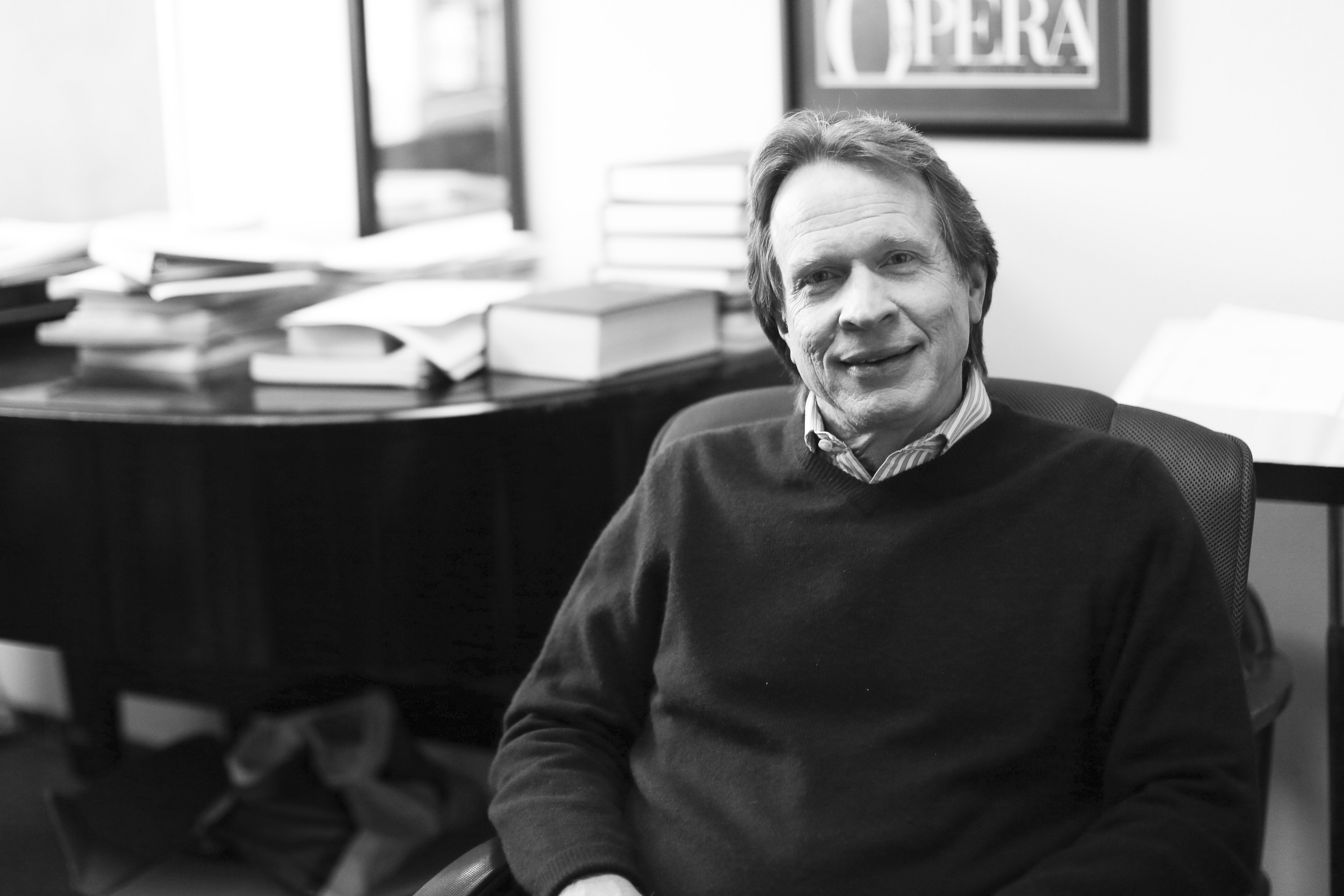 Concordia’s Christmas concerts are known far and wide, but they would not be the same without the familiar voices that narrate the per­formances.

“The two narrators that they have are amazing,” said Katie Hey­er, a freshman this year who has at­tended the concert several times in past years and will be performing in the concert this year.

Rachel Horan, a piano and aural skills instructor, and Peter Halver­son, an associate voice professor, have been the narrators in recent years. Horan began narrating in 2009, and both Horan and Halver­son have narrated every year since they began.

Last year’s turn of events truly put his commitment to the test as Halverson was diagnosed with lym­phoma.

“I pretty much had to stay home the whole time, because I wasn’t in very good shape,” Halverson said.

But this did not keep Halverson from narrating.

“I was able to narrate the Christ­mas concerts here in Moorhead. I was good enough to do that,” Hal­verson said. “I was able to perform because I stand on a balcony and so I could go in at the last minute and walk up to the balcony, so I re­ally didn’t have to be around a lot people.”

Because Halverson’s white blood cell count was so low, he could not interact with large numbers of peo­ple, making the Christmas concert rehearsals and performances diffi­cult, yet not impossible.

“I’d wear my mask when I wasn’t speaking, and when I spoke, I would take it off. I was able to do that here, which was really nice because … I’ve done it for so long. And I think, because it was my 30th year, it was kind of a nice round number to get to,” Halverson said. “But [the re­hearsal] was wonderful to go to, be­cause I don’t think I had been out of the house, except to go to the doctor between now and then.”

“I don’t think anybody around here takes Peter’s vocal talents or just who he is for granted, but having him show up at the first re­hearsal that he was able to come to — we hadn’t seen him for several weeks and we knew that he was go­ing through treatments — there was this feeling of heavy heartedness,” Horan said. “Then for him to walk up to the balcony where we sit and to see him sitting there with his mask on, it was like all I could do to just keep from sobbing.”

Emotions were high among the crowd, especially among the stu­dents who were taking private les­sons from Halverson, according to Horan.

“I feel like that private lesson in­structor that you have in your major instrument is probably the one per­son that you are the very closest to throughout your college career, and so there were students — juniors and seniors — where Peter is their person,” Horan said.

Many of Halverson’s students were worried about him. They missed him, according to Horan.

“I think that there was this col­lective sigh of relief from the stu­dents when he spoke his first line into the microphone,” Horan said. “Oh, he’s here. He’s here.”

Hearing the students’ voices had an impact on Halverson as well.

“When you are around music all the time and it’s what you do and it’s kind of your passion — I had missed it,” Halverson said. “It was really that first night that I remem­ber hearing the whole processional — that was really music for the soul and the heart.”

It is that same music that draws thousands to come to the Christmas concerts every year.

“It’s probably one of the big­gest things, maybe it is the biggest thing we do on campus,” Halverson said. “It attracts probably 18,000 to 20,000 people, with four concerts here and two in the Twin Cities.”

Every performance is another opportunity to experience the pow­er of music.

“I was just amazed by them. The talent that the choirs have. It’s just fantastic,” Heyer said. “You get goosebumps.”

For many, the concerts mark the beginning of the Christmas seasons, Halverson said. In a way, they be­come a wonderful tradition for both the audience and the performers. The narrators, past and present, be­come as much a part of the tradition as the event itself.

“I grew up with a wonderful nar­rator at the Christmas concerts,” Horan said. “She had this voice of [an] angel. She was a voice teacher, her husband was one of the choir conductors here, and so that was al­ways kind of the voice that I wanted to hear.”

Horan grew up attending the concerts and had acquired musical experience through both her church and elementary school.

“Our church would do our annu­al [trip] — we called it our shop and drop — where we would come down on Saturday, do Christmas shop­ping, go and eat a meal together, and go to the Concordia Christmas concert.” Horan said. “We did that every year for many years,”

When Horan attended Concor­dia, she knew that music was im­portant to her and she chose to be a Music Education major.

“I couldn’t imagine not doing music — I have other interests, too, but it just kind of felt like the right thing,” Horan said. “It was kind of one of those fortunate ‘this makes sense’ moments.”

It also eventually lead to her becoming the narrator for the very concerts she sang in as a student and attended as a child.

“Peter was my voice teacher in college, so it’s really fun to get to sit up there with Peter, who is this kind of mentor, colleague, friend. That’s very, very special for me, for sure,” Horan said. “I kind of feel … like I have been preparing my whole life to be a Christmas concert narrator. Between going to those concerts as a young kid, and then as a teenager, and then performing in the concerts as a student here … it just feels like such a part of me.”

Horan’s devotion to music and to the concerts is evident in her narra­tion.

But Halverson considers the nar­ration to be only one part of the con­cert.

“The students singing and the conductors, the people doing the murals and the lighting, they have a lot more to do. The narration has been a big part of it for these years, but I think that we maybe have the easier part coming in at the end,” Halverson said. “The music is the main portion, and I have a little bit to add to it. The main thing is just being able to be a part of it. It is re­ally a privilege to join in.”

According to Horan, one of her favorite parts of the concert is see­ing it improve with every rehearsal.

“I really love…to see the stops and the starts, and what’s not work­ing, what is working, what do we have to fix,” Horan said. “[I] get to see everything get just a little bit better every time to the point where they’re opening on Friday night and then…to sit through those four per­formances in Moorhead and to re­ally get to know the concert inside and out is really special.”

Heyer, a member of the Canta­bile choir, is excited to experience her first Christmas concert as a per­former.

“I think it will be very different to actually be in it. I didn’t know that they also take it to Orchestra Hall, and I got to sing there last year with my high school choir, so that will be fun to travel to,” Heyer said. “I am so excited to be in it. I can’t wait.”

Though all of the Christmas con­certs Horan experienced were spe­cial, the first one she performed in was especially enjoyable.

“It’s kind of like peeking behind that magic curtain because, when you are sitting in the audience, ev­erything just seems so perfect and it happens magically,” Horan said. “But going through those rehearsals and seeing that this is how it works, [I realized] it isn’t magic — but it is magic because of all the work that goes into it.”