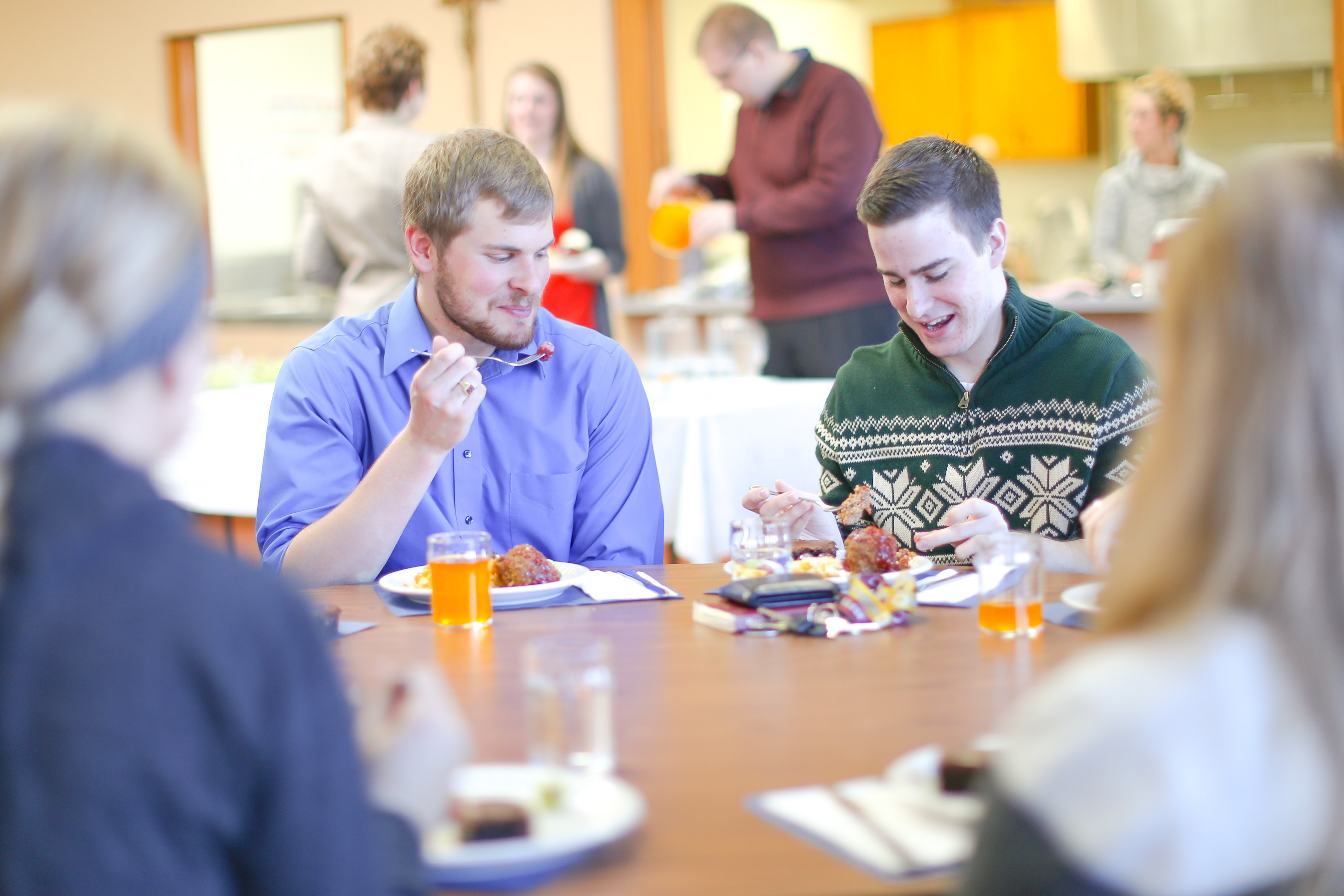 Everyone has fantasized about what they would do if they ever received a large amount of money. For the Catholic Cobbers, that fantasy is becoming a reality.

The Catholic Cobbers, along with the MSUM Catholic Dragons, will utilize a $100,000 grant over the next five years that was awarded to the Moorhead Catholic Campus Ministry at St. Joseph’s Catholic Church. MCCM is a ministry that is focused on the college students at Concordia, MSUM and Minnesota State Community and Technical College.

Dr. Mark Krejci, who sits on the advisory committee of MCCM and psychology professor, said the grant is called “Making Your Life a Gift: Catholics’ Call to Vocation” and was awarded by the Lilly Foundation to foster the college student’s call to vocation and encourage the mission of making his or her life a gift.

“Lilly has a whole branch that is devoted to taking a look at different things in the church,” Krejci said. “Lilly wanted young people to talk about vocation in their lives.”

The MSUM Catholic Dragons and Catholic Cobbers will be able to use the money for a variety of activities, including the formation of Bible study groups and vocation reflection groups, according to Krejci.

“For instance, we could have a group of Catholic pre-med majors who would get together over pizza and have a conversation about their focus of vocation,” Krejci said.

Patrick McGuire, president of the Catholic Cobbers, said the grant money is also being used to form a mentoring program. The program is in its beginning stages right now, but will be finalized and structured in January. In the program, chosen Catholic Cobbers will be Peer Ministers who will lead religious discussion on campus, attend retreats for training and help underclassmen and new students feel comfortable with their Catholic faith. These mentors are selected through either interview or vote.

According to Krejci, the Peer Ministers will be sent to a national conference to learn about campus ministry.

“We have some good leadership right now in the Catholic Cobbers who I think will step up,” McGuire said. “There’s been a lot of underclassmen leadership in the organization this year.”

Having a Catholic mentoring program at a Lutheran college will be beneficial, according to McGuire.

“So many students come in and don’t know it’s common or normal to be Catholic on a Lutheran campus,” McGuire said. “It’s good to have those conversations and say, ‘It’s okay to be Catholic, you can do this, it’s alright!’”

Other than the mentoring program, the grant will bring in Catholic speakers to St. Joseph’s church, according to McGuire.

“Next fall, we have a tentative agreement [to bring to St. Joseph’s] a Catholic musician, who also gives a witness in the midst of her music and talking about being called by God, so that is going to be a big kickoff event for students of all [the aforementioned] campuses next year,” Krejci said.

Ryan Modahl, vice president of the Catholic Cobbers, said that he hopes this grant leads to more interaction between the MSUM Catholic Dragons and Catholic Cobbers. Modahl said that while it might be difficult, it would be helpful for the Cobbers and Dragons to participate in religious discussion groups together.

“I think it’s nice to know that there are other groups around the area that you can relate to outside of your campus bubble,” Modahl said. “It’s beneficial to get to know people from different backgrounds.”

This grant is not the first that Concordia has received from the Lilly Foundation.

Based in Indiana, the Lilly Foundation grants money to many different colleges around the United States. Concordia has received two Lilly grants for their vocation initiative in the past.

Concordia received the first grant in the early 2000s. Concordia used the grant to fund summer retreats, to form faculty groups who talked about vocation and how to bring it into the classroom, to form student groups, to allow individual students to travel, to reflect on vocation and to hire a vocation associate.

The second grant was a sustaining grant that continued the efforts and activities made possible by the first grant, according to Krejci. This grant was awarded in the mid-2000s and allowed faculty and students to continue their discussions about vocation and helped to publish a book for faculty called “How are you BREWing in your class?”

Both grants have positively impacted Concordia and played a large part in encouraging students and faculty to actively discuss vocation, according to Krejci.

McGuire has high hopes that this grant will help the Catholic Cobbers as well.

“Our hope is [this grant] will help us to get together and be a community of Catholics and help us to just foster that Christian faith,” McGuire said.