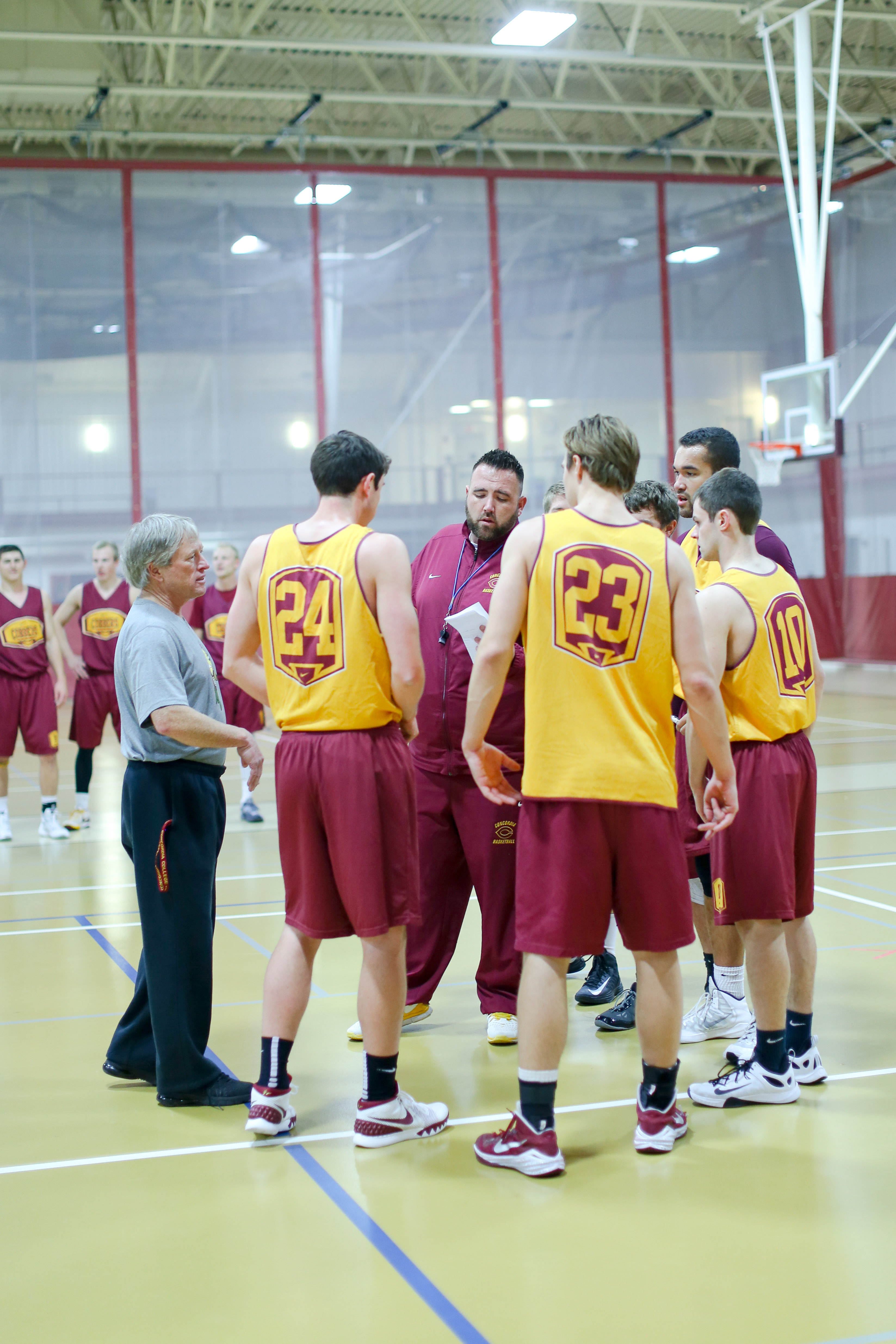 The men’s and women’s Cobber basketball teams are both looking to build off their MIAC playoff appearances in 2015 as they prepare for the upcoming season.

The men’s team will feature eight seniors and plenty of experience. Head coach Rich Glas expects senior Jordan Bolger to be a leader on the team this season.

“He’s a hard worker,” Glas said. “Nobody’s going to out-work him on the court.”

Bolger says that the experience the team has should help them be the top-tier MIAC team they expect to be.

“We all put in a lot of time this offseason,” Bolger said. “I was pleased with how much dedication to the team everyone showed.”

“We have the ability,” Glas said. “It’s just getting it done.”

The women’s team is younger and has less experience with only three seniors. This leaves room for plenty of growth, according to senior Katie Rosenfeldt.

“We are a little young but we have a ton of potential,” Rosenfeldt said. “We have a group of girls who are dedicated and more than willing to put in the extra time to be successful.”

New this season for both teams is a handful of NCAA rule changes.

For the men, the game will be played with a 30-second shot clock instead of a 35-second shot clock. Other changes include giving teams one fewer timeout in the second half (three instead of four), eliminating the five-second closely guarded rule, and removing the ability for a coach to call timeout when the ball is live.

The rule changes are designed to speed up the pace of play and to limit physicality and collisions near the hoop.

Glas says that the new style of play the NCAA is trying to create with the rule changes will be determined by what the referees will call.

“Who knows what they’re going to blow?” Glas said. “I’ve never been a zone [defense] guy but we’re playing more zone defense [to stay out of foul trouble].”

Bolger said that the rule changes are designed for “more offense and more of a fan-friendly game.” Because of this, he expects teams to press more on defense.

Bolger also said that with the rule changes, it is still uncertain what the referees will call, and in preparation of this uncertainty the team talked to a referee for clarification.

“We’ve been slowly getting used to the new rules,” Bolger said.

For the women, the change comes in the format of the game. Instead of two 20-minute halves, the game will be played in four 10-minute quarters.

“It’ll be a different look,” said assistant coach Christina Jost. “The flow of the game will definitely change.”

Rosenfeldt believes the switch to quarters will benefit the Cobbers.

“We have always been a well-conditioned team that is able to wear teams out especially in the second half” she said. “This year with quarters, once we get used to the flow of the game we can use the extra breaks to bring an even higher level of intensity to our game.”

Jost says that the women’s team plays “all in.”

For Bolger and the men, it’s the work ethic that will show on the court.

“We’re going to be a gritty team and hopefully that’s fun to watch,” Bolger said.