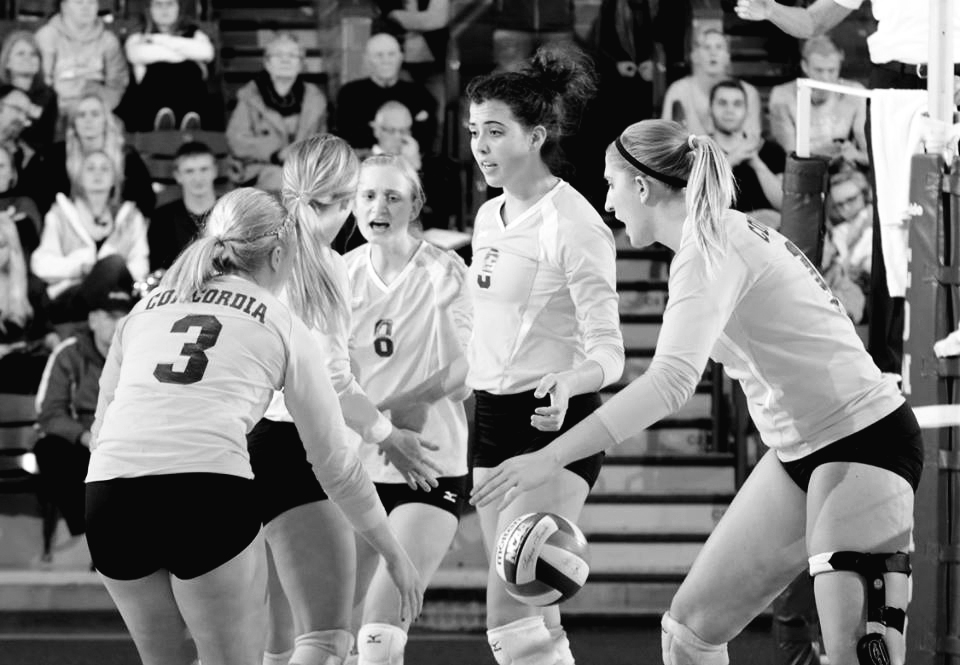 While the autumn colors begin changing to bare trees and soon-to-be snow, Cobber nation starts to say its goodbyes to the 2015 fall sports. One goodbye that came too soon was that of the volleyball season.

On Nov. 3, the volleyball squad made the trek down to St. Mary’s University where they faced up against the Cardinals in the MIAC Quarterfinal game. The Cardinals pulled the win in a 3-0 score ending the Cobber volleyball season, but it’s not to say the Cobbers didn’t put up a good fight.

“It was a tough match,” senior Heather Beaner said. “But I thought we fought hard and we didn’t just let St. Mary’s take the game easily.”

With some losses there are a couple things that distinctly stick out in one’s mind that contribute to the loss, but that wasn’t the case here.

“There isn’t any one thing in particular that we could have done differently,” Beaner said. According to Beaner the team just needed to focus on finishing the game and keeping their determination throughout the match.

Though it may seem like the season has come and gone, there is a lot to look back on and be proud of. According to Beaner the team had started off the season sitting eighth in the conference and ended up finishing in fifth, which gave them a spot in the playoffs to play against St. Mary’s.

“We stepped up and proved that we were better than some people thought we were going to be,” Beaner said.

For Beaner, despite the loss, it was a great season to end her volleyball career with.

“As a team, we had a lot of fun times together,” Beaner said. “Shared a lot of laughs, and made many great memories. I am really proud of my team.”