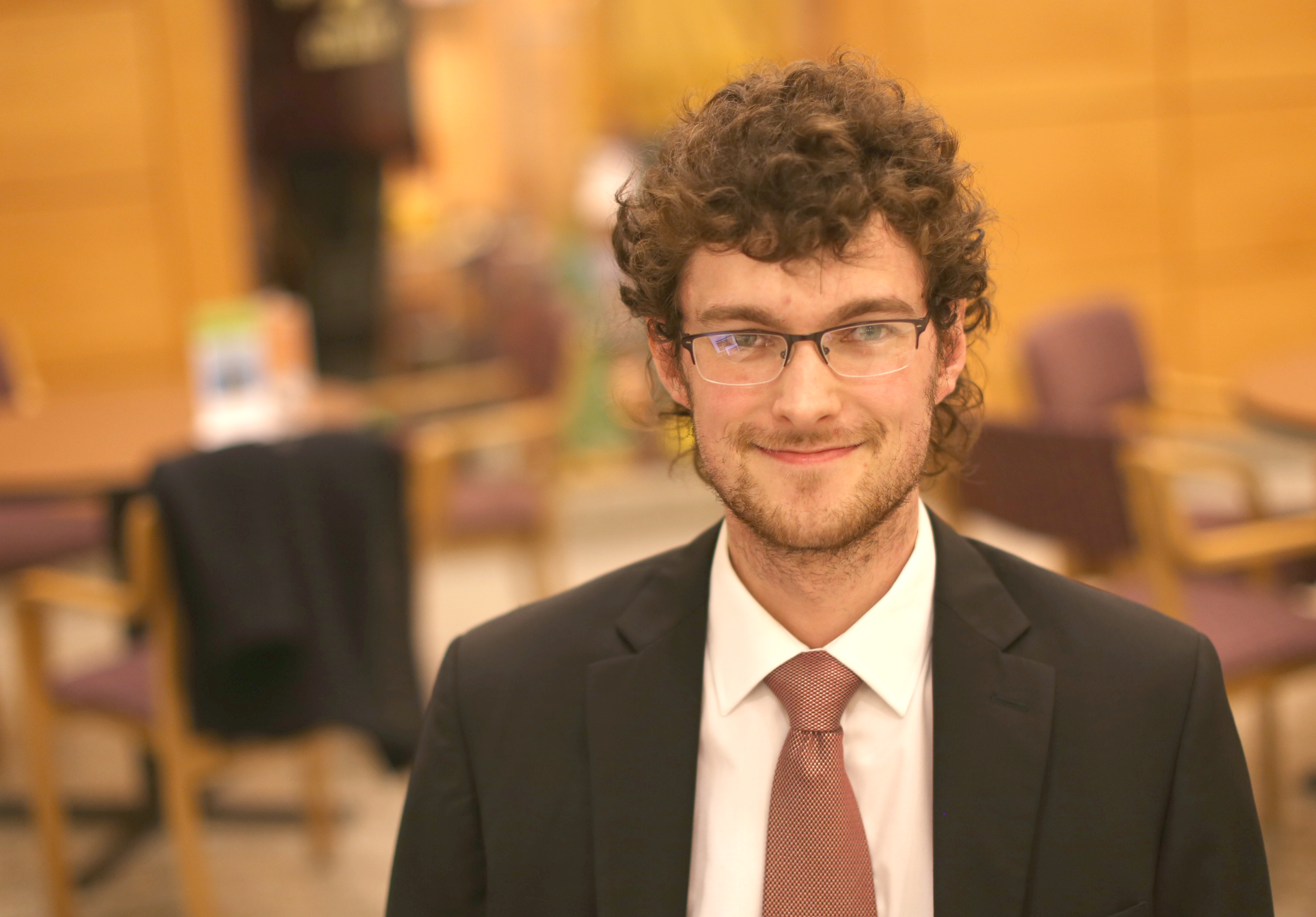 For 135 years, The Grant County Review was the only source of news for residents of Milbank, S.D., the town where Concordia junior Dezmond Ward grew up. It was available in print and online, but there was a catch — it was only published weekly.

Ward noticed that the news seemed out-of-date by the time it reached readers, and began thinking about starting his own newspaper — one that would be published daily.

Then, his sophomore year of college, Ward took the spring semester off. While helping his dad with a family business, Ward organized a website and small staff to cover the news in Milbank, S.D. He launched The Valley Express, a daily online newspaper, on May 10, 2015.

Ward said the newspaper’s mission is to serve the community by providing free and immediate news coverage.

“I think as I’ve worked on this I’ve realized there’s sometimes where you do stuff and you feel like you’re kind of working for you,” Ward said. “It started out that way, but now it’s more so I’m working for the institution, so I’m working for something bigger than myself and that’s working for our community, I think.”

The Valley Express has a small staff paid through advertisements in the paper. A former reporter for The Grant County Review, Ginny Tostenson, takes photos and writes most of the stories, though the paper also accepts submitted material. Ward, his mom and his aunt edit the articles.

Tostenson left her job at The Grant County Review and applied for a job at The Valley Express one month after its launch.

“I was at a point in my life where I needed to be surrounded by positive people and feel appreciated and valued in my career,” Tostenson said in an email. “I am able to expand my creativity and further my writing skills with this endeavor.”

In the seven months since its release, The Valley Express has garnered 921 Facebook likes, which is nearly one-third of Milbank’s entire population.

Concordia freshman JP Lindquist grew up in Milbank, S.D., and likes The Valley Express on Facebook. He said he reads articles every day in order to stay connected to his hometown.

Lindquist played golf in high school, and likes to read The Valley Express to see how the golf team is doing.

“It’s fun to see how the other teams are doing too,” Lindquist said. “Since we’re so small, like, the whole football team is on the basketball team, so it’s good to see how everyone else is doing. “

Lindquist, a graphic design major, has also contributed his efforts to The Valley Express. Over the summer, he helped Ward make videos and designed a few advertisements for the website.

Linquist said Ward was good friends with his older brother, and has enjoyed getting to know him more over time.

“I think he has a lot of drive to be successful and it’s like, for someone his age, what he’s done already is pretty unusual, you know,” Lindquist said.

Ward’s mother, Kathy Ward, agreed. She said that entrepreneurship runs in his blood.

“Dezmond has always had a gift for discovering and implementing new ideas — many of them cutting edge,” Kathy said in an email. “He’s always looking for new ways to make the world a better place.”

Ward, a political science major, is currently enrolled in 12 credits at Concordia College. This semester, he is taking courses in astronomy, Chinese and political science. He also participates in Chapel Choir. He said that he invests about three hours each day into The Valley Express, though it is constantly on his mind.

“I’m always thinking about it — I don’t ever really take time off,” Ward said.

He is especially proud of The Valley Express’s coverage of a local election on taxes, because he and his staff published the information before the Secretary of State had the results listed online.

He said he plans to hand the newspaper off to someone else someday, as he aims to go to law school after graduation.

“I think everyone enjoys it and I hope that we stay more connected and that overall, I hope that it can be some recruitment for our community,” Ward said. “I don’t think every community could do what we’re doing.”