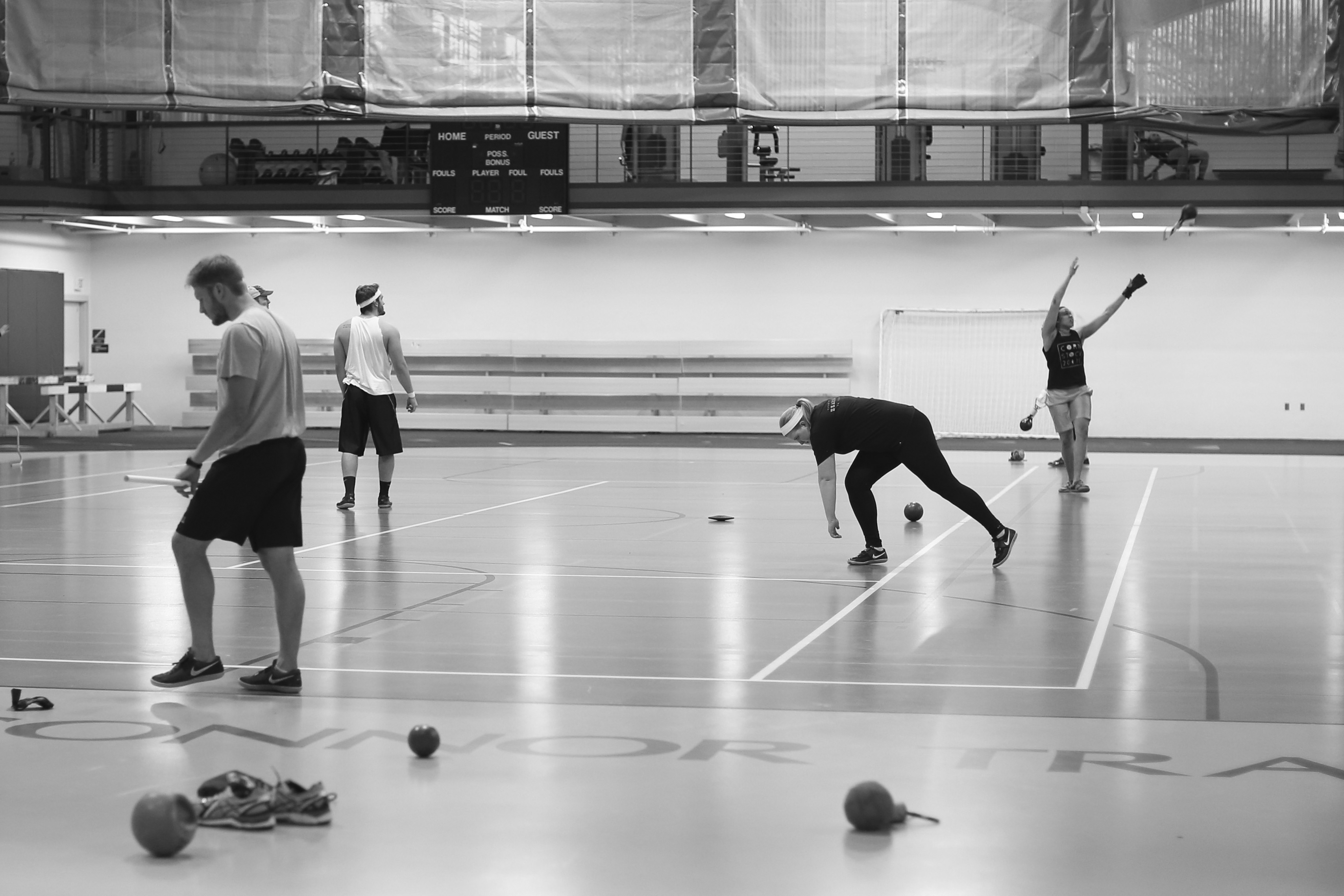 With hockey, basketball and swimming all underway in their winter sports seasons, track athletes are starting their preparations for their upcoming season. Olson Forum is filled with athletes galore as the start of the indoor track season took off the week before Thanksgiving break. While the indoor track season is a season all in its own with a separate conference and national meet than the outdoor season, the head coaching staff for both men’s and women’s teams have their own philosophies on the season.

“Different schools have different philosophies,” head men’s track coach Garrick Larson said. “I’d say we fall most under the category that indoors is preparation and outdoors is competition.”

While the coaching staff may see the indoor season as preparation, that doesn’t mean they do not take it less seriously than the outdoor season.

“We are never going to blow off the indoors,” Larson said. “We are going to be ready but we aren’t going to shoot out all our bows during indoor.”

With the mentality of preparation in mind, practices during the indoor season tend to be geared more toward that mentality as well.

“We are doing more strength training,” Larson said. “Deeper into the indoors season we do more conditioning. Try to make the outdoor count.”

One obvious difference between the two seasons is the climate. With one being inside and one being outside, the practices and events may tend to be structured just a little differently.

“For the throwers they maybe experience the biggest difference,” head women’s track coach Marvin Roeske said. “Indoors, the long throws have to be thrown into a net rather than open air. Also with indoor they get to shot put and get the weight-throw event, but with outdoor they get to throw the hammer.”

While the throwers deal with different practice and competition environments, so do the runners. For the runners, they continue their practices outside, going from running in the warm autumn breeze to the brisk chill of winter.

“They don’t run inside,” Larson said. “Only when it’s brutally cold, and I’m talking at least ten below.”

According to Larson, continuing to have the long distance runners run outside helps prevent injury. Running around tight corners of the indoor track for more than 70 miles a week could cause too much pressure on the shins and risk injury to the knee caps and other parts of the body.

“In the winter you’ll run so that you are going into the wind first,” Roeske said. “The hardest part when you are winter running isn’t even the temperature, it’s the ice. It’s the footing. That’s worse than the temperatures. That and the wind.”

Despite the changes to the teams’ preparation techniques between the two seasons, there are still goals for this indoor season.

“For me personally, I want to make the conference meet in both my events indoor, which are shot put and weight throw,” said senior captain Ashley Thompson. “For my team I just want the rest of them to do well, to beat their personal bests and most importantly to beat St. Thomas at the conference meet.”

On the men’s side, their goals aren’t any less than that of the women’s.

“We finished 6th at indoor conference last year, and we graduated a lot of talent in our senior class from last year,” senior Gabe Wright said. “Not regressing from that is a good goal for our team.”

In the meantime, while indoors is just a waiting period for outdoors, they are preparing full force, with their goals in mind.

“We had ‘fall track’ captain’s practices five days a week, where we worked on conditioning,” Wright said. “Two days per week we had ‘Myron days’ where we worked out with a volunteer coach from NDSU.”

The preparation for the season wasn’t lacking on the women’s side.

“Right now we are doing a lifting program with our new lift coach,” Thompson said. “Some of us are working three days a week in the weight room and others four, so we are doing great right now.”

But the outdoor season isn’t out of Thompson’s mind.

“I personally go out at least once a day and practice somehow,” Thompson said. “Whether that’s lifting or cardio getting some touches on the shot put, or I’ll work on the outdoor season too because discus is my favorite throw. So just making sure we actually get some throws and lifts done.”

While some schools may see it as a set back to their indoor season, the Cobber track and field team doesn’t let the lower number in members stop them from their training. As the team continues to prepare for the outdoor season, they wait on those winter athletes with open arms.

“The track season is where you get kids from other sports,” Roeske said. “It’s where kids go in their off-season for their training. We need those kids. We embrace those kids.”