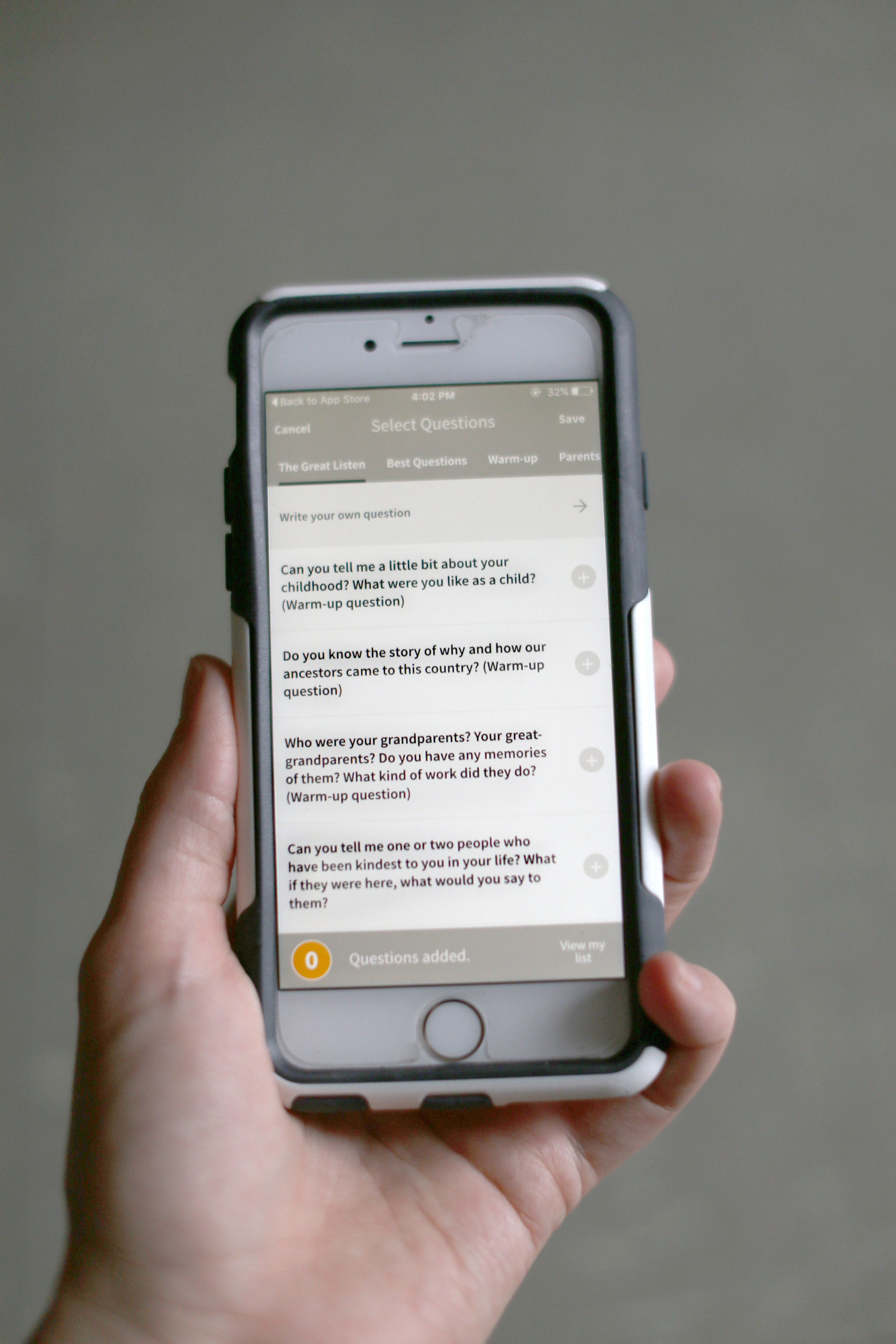 What’s the greatest risk you’ve ever taken? Concordia students in Scott Olsen’s Adventure, Exploration, and Risk Inquiry Seminar posed this question to relatives, friends and members of their community over Thanksgiving break.

Olsen, an English professor, asked the students to interview someone about a risk or adventure they had taken in their lifetime and record it in an app called StoryCorps, whose mission is to “record, share, and preserve” stories. StoryCorps uploads every entry into the Library of Congress database, so that the interviews are saved and accessible to the public.

“They’d never sat down for a half hour or a dedicated amount of time to say ‘tell me your stories,’” Olsen said. “And not just in the short form — you know we all know family stories briefly — but we hear them thirty-five times, so we get them that way. This was the first opportunity for them to sit down and say, ‘Tell me the whole story at once.’”

Students uncovered stories that involved both emotional and physical risks. Some people shared stories of exciting adventures, like hitchhiking and polar exploring, while others talked about risks they took in their relationships and everyday lives.

Although Olsen encouraged his students to research and prepare questions before conducting the interview, freshman Bryce Schroeder was a little nervous he would run out of things to say when he interviewed his great-grandmother. However, he said he felt at ease after the first few minutes.

His great-grandmother, Ann Hersch, shared a story about pursuing an education in North Dakota in the 1930s.

Hersch went to school in a four-room schoolhouse and was the only girl in her class. She lived on a farm and had to complete a litany of chores before her parents allowed her to leave for class in the morning.

At home, Hersch’s parents spoke in German, but all of her classes were taught in English. Her older siblings, who had already been going to school for a few years, helped her learn English.

“I learned a lot about how driven she was to accomplish what she wanted to do,” Schroeder said. “I think it just made me think about her in a little bit of a different way. … I have a lot more respect for what she’s gone through in her life.”

Schroeder said that he thought his great-grandmother felt more connected to him after he had interviewed her.

Freshman Emily Ihde interviewed her mother, and also felt that the interview assignment allowed them to connect.

“We’re not super close but I feel like this interview kind of brought us a little closer in a way. … just knowing what she went through and how different she is now,” Ihde said.

Ihde chose to interview her mother because she admires her strength. She asked her mother questions about her first marriage and proceeding divorce as well as what it was like to be a single-mother for a period of her life.

Ihde enjoyed interviewing her mother so much that she interviewed her father as well, and said he offered motivational stories and advice.

She talked about her favorite part of the assignment.

“I think it was just getting the chance to sit down with both my parents and be able to ask them questions that I normally wouldn’t, you know, that’s not really a dinner conversation,” Ihde said.

Ihde said it was important to preserve her parents’ stories so that future generations of her family would be able to hear their voices and stories someday.

Schroeder felt that the experience was a good way for family members to connect. Both students agreed that they would gladly do the assignment again.

Olsen is considering implementing the interview assignment in all of his classes. He would like for the stories to be archived at Concordia College as well as through the StoryCorps app.

“We are very good at remembering history … in wide strokes,” Olsen said. “When we lose the details, we lose that fine understanding of what it was really like. Everybody’s fine details are different. …We need to be able to say, ‘I remember.’”

Olsen said he received a handful of thank-you notes from students who expressed how meaningful the assignment was.

Schroeder was surprised that the assignment resonated with him as much as it did.

“I took it more to heart than I thought I would,” Schroeder said.

The students’ stories can be found online at storycorps.org.