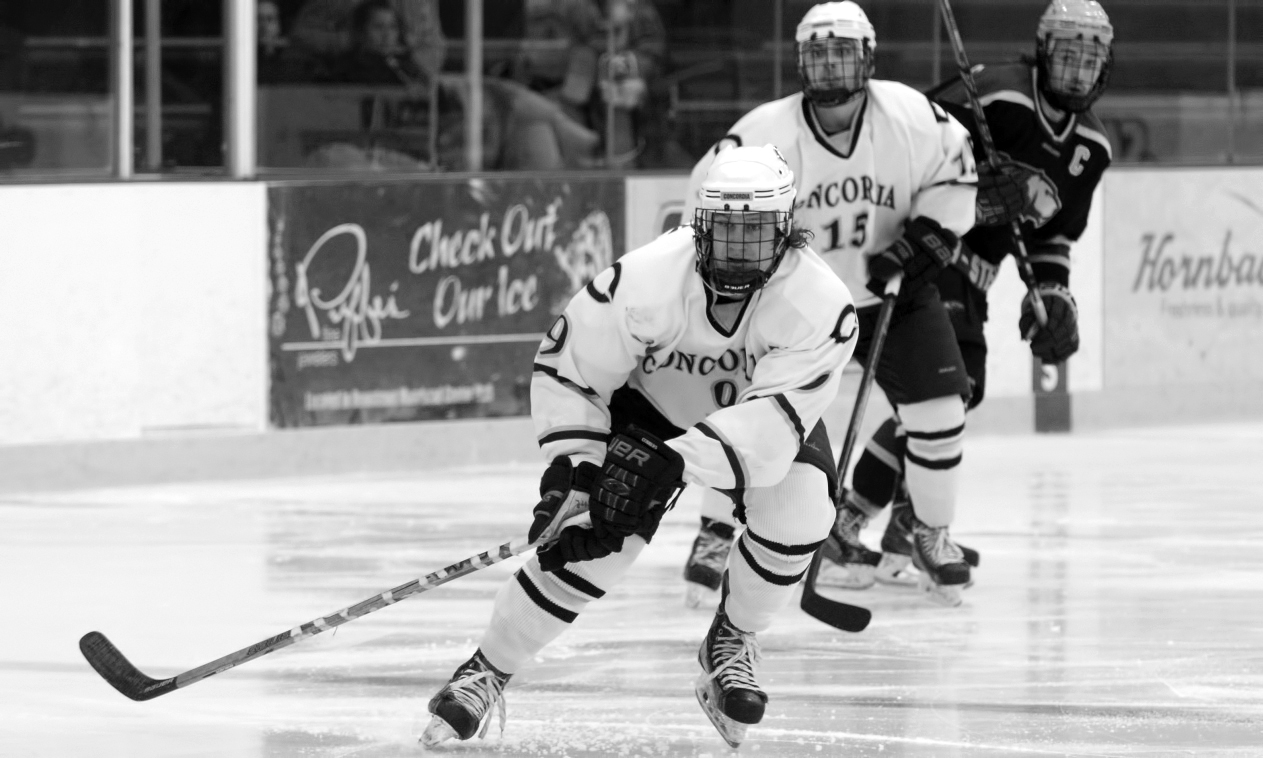 For most young adults, turning 18 signifies graduating from high school and making the decision to either join the workforce or pursue higher education. However for an 18-year-old hockey player, a third option arises: the chance to leave home and go play junior hockey.

For all but two current Cobber hockey players, this was the path chosen.

“It’s just another level between high school and college,” forward Mario Bianchi said. “There’s nothing to compare it to which is what makes it great.”

Junior hockey in the United States is broken down into three tiers that offer different levels of competition.

According the United States Hockey League’s website, the USHL is the only Tier 1 hockey league in the United States and is the highest level of junior competition in the country. The perks of playing Tier 1 junior hockey include the following: no cost to the player (all equipment is provided by the team), top quality on- and off-ice facilities, and the ability to be highly scouted by college coaches. The league maintains balanced age groupings with most players being 17, 18 or 19.

Below the USHL is the Tier 2 league of the North American Hockey League. Like the USHL, the NAHL is the only Tier 2 league, and as stated on the USHL’s website, the NAHL is a “step below the USHL in terms of talent and standards, but it still maintains a strong level of competition.” The NAHL also provides the chance to be recruited by Division I or Division III NCAA schools and includes an increased number of 20-year-olds on its team rosters.

Below the NAHL Tier 2 level is the Tier 3 level that consists of most of the junior hockey leagues in the United States. Six different leagues, primarily regionally focused, make up the third tier of junior hockey. As stated on the USHL’s website, these leagues are “pay to play” leagues with lower standards than the USHL and are subsequently not as highly scouted by NCAA coaches.

“Junior hockey has become a necessary step in the development ladder for a hockey player in the U.S.,” Cary Eades, head coach and general manager of the USHL’s Fargo Force, said in an email interview. “Very few players are ready physically to play college hockey as true freshman.”

Located throughout the country, junior hockey teams provide young hockey players the chance to experience living away from home for the first time. Junior hockey players live with billet or host families while they focus on developing their game.

“I traveled a lot because of hockey in my younger years and I am not too picky about where I live,” Grebowsky said. “I was fortunate enough to have great billet parents in all the places I played.”

While playing at the junior level, hockey is without a doubt the primary focus.

“When you go play junior hockey you’re ultimately saying that you’re going to work as hard as you can to go play college hockey,” Bianchi said.

However, this does not mean that there is not time for other endeavors. Both Bianchi and Grebowsky said they were able to hold a part-time job and Grebowsky took one online class.

According to Bianchi, a typical weekly schedule while playing junior hockey includes practice Monday through Wednesday. Thursdays usually involve preparing for the weekend’s games and travel. Fridays and Saturdays are devoted to games. Sundays are usually off-days or travel days.

“You’re on the road every other weekend,” Bianchi said. “You’re busy but then you’re not busy.”

For Bianchi, junior hockey was an enjoyable time, but that enjoyment came at a slight cost.

“Junior hockey is a completely different kind of hockey,” Bianchi said. “If you do well and work hard to get better, there will probably be an opportunity [at the college level] for you.”

Last November, College Hockey News reported that Don Lucia — head coach of the University of Minnesota Golden Gophers — and the Big Ten Conference proposed a piece of legislation to the NCAA that would lower the age limit of incoming recruits from 21 to 20, or two years past the player’s expected high school graduation date. Anyone enrolling in college after 20 years would lose a year of NCAA eligibility for each year.

The legislation will be voted on by an NCAA committee consisting of athletic directors, faculty athletic representatives, senior women’s administrators and some conference commissioners. Many of the members of the committee will have no connection to hockey-playing schools.

CHN also reported that Division I hockey coaches ran a straw poll in which the coaches voted 49-11 against the legislation.

According to CHN, the criticism of the legislation comes on two levels: 1. The legislation only provides more advantages to Big Ten schools who can already recruit younger, more skilled players more easily than lower-budgeted hockey programs; 2. The legislation was not discussed among the larger college hockey community before it was introduced to the NCAA.

However, Big Ten officials say they are just trying to align college hockey with the other NCAA sports.

“If we wanted to eliminate the entire hockey exception, it wouldn’t recognize the uniqueness of the junior system, and hockey and the NCAA was not ready for that,” Big Ten Deputy Commissioner Brad Traviolia told CHN. “So we jumped right to what was the compromise proposal. Seventeen- and 25-year-olds, there’s not a lot, but there’s 100 kids at 24… Eight years is a big difference. That’s a concern.

“It doesn’t look and feel as much like college sports when you have this eight-year gap. We realize there’s going to be age difference – there’s redshirting, medical redshirts – so maybe a four-to-six-year gap. But now we’re getting into eight years.”

Though hockey players may be starting college at a later age, in 2014 the NCAA reported that 92.1 percent of hockey players graduate college, ranking them highest among all other men athletes.

“Hockey consistently ranks #1 in terms of graduation rate among all the NCAA team sports,” Eades said in an email. “One major factor in this is that most of the hockey players have taken some college classes prior to enrolling at their 4 year school, and most of them are mature young men because of their experiences in junior hockey – living away from home, time management, discipline in behavior and nutrition, etc.

“Why in the world would we tinker with changing a system that is working ACADEMICALLY as well as athletically? My personal fear if this legislation happens, is that more American players will decide to play in Canada in the Major Junior Leagues – than already do – and Major Junior makes them ineligible for NCAA hockey.”

Defenseman Ean Goos is one of the current Cobber hockey players that decided to forego playing junior hockey in order to start his college education at Concordia.

“It was a hard decision,” Goos said. “But I finally made the decision I wanted to start college and get done earlier.”

Goos said the transition from high school hockey to college hockey was “kind of tough.”

“The speed of college hockey is a lot quicker than the speed of high school hockey,” Goos said. “The puck moves quicker from player to player in college hockey and there is a lot more hitting. I think juniors would have helped with the transition to college hockey just by making me used to the pace and hitting of the game.”

However the age difference between him and the players that have played junior hockey does not bother Goos.

“It really isn’t all that different from playing with guys that are the same age as me,” he said. “The only difference is they might be a little stronger and have a little more experience.”

As college players who have played junior hockey, Bianchi and Grebosky say that they are indifferent to the proposal.

“I think it depends,” Grebosky said. “There are some players who are physically developed by the time they are 18-years-old and are ready for the collegiate level. There are also players who need those extra two or three years.”

Bianchi added that the proposal mainly affects the late-bloomers.

The NCAA will vote on the proposed legislation in April.