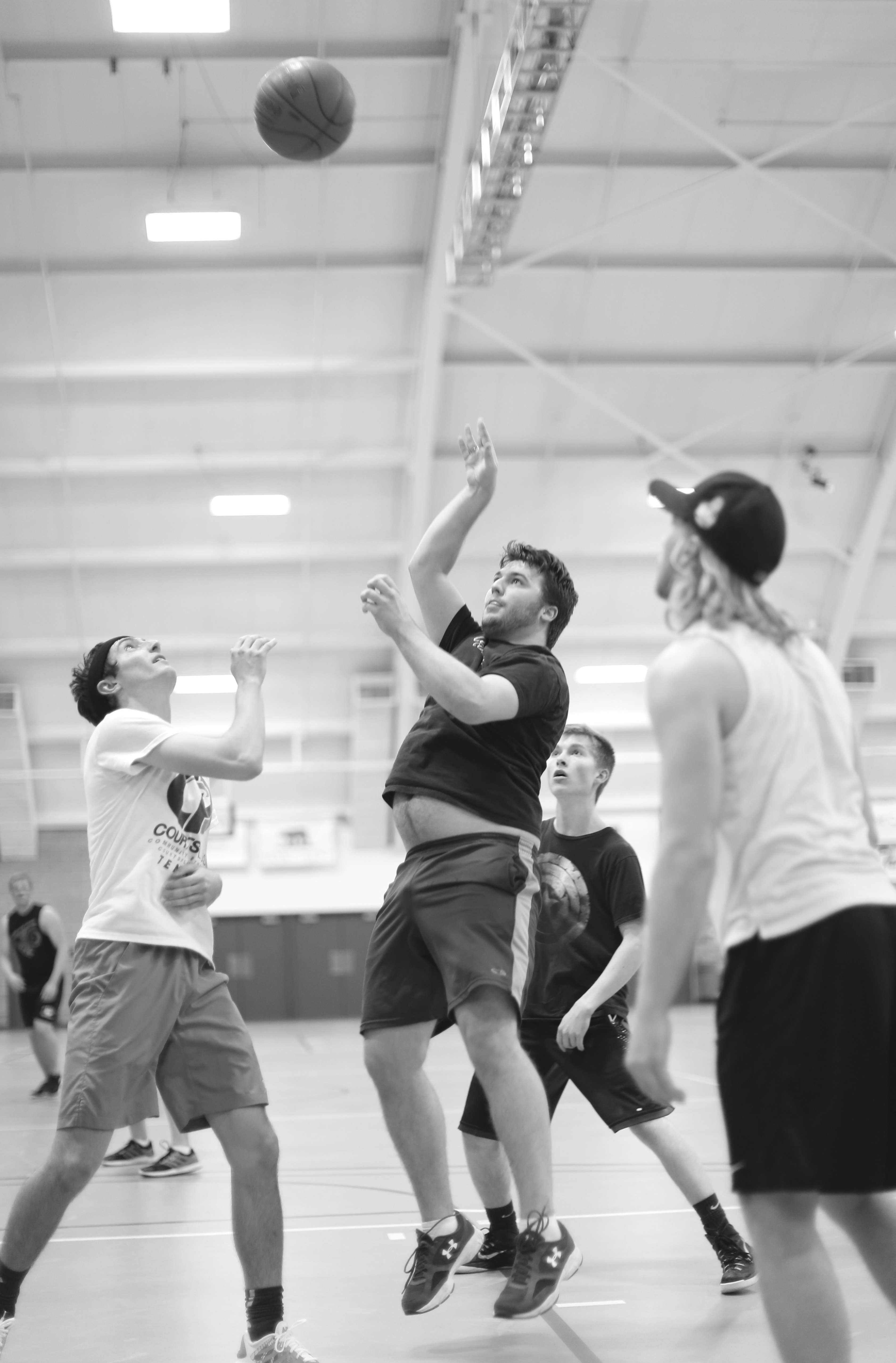 The basketball calendar is filled with big moments sprinkled throughout the year: the marquee matchups on Christmas Day, the slam dunk contest, March Madness, and the NBA Finals just to name a few. However, arguably none of these events are bigger than intramural basketball at Concordia.

With the 2016 season underway, here are five tips from the players willing to risk life and limb every Sunday night in a basketball game where the rules are subjective and the points do not really matter.

Whether it is fantasy football or intramural basketball, the right team name is necessary to instill fear into the heart of the opponent. For Evan Berg-Dibley, captain of the Inglorious Ballers, naming the team was inspired by the Quentin Tarantino film.

“I’m basically Brad Pitt,” Berg-Dibley said of his leadership role on the team. “I only had to explain [the reference] to one or two people.”

Other teams look internally for the inspiration behind a team name.

“Our team name describes us pretty well,” said Maddie Howard, captain of Geeks ‘N’ Sneaks. “We are a group of girls who are a little nerdy but when we come to the court we really step up to play the game.”

With each team name, comes a sense of pride and honor. Sometimes a team name even bestows a sense of respect from others in the league.

“Failing to prepare is preparing to fail,” once said John Wooden, college basketball coach who once led the UCLA Bruins to seven consecutive NCAA national championships including an unparalleled 88 game winning-streak. Whether competing to cut down the nets after an NCAA national championship or for a T-shirt that identifies you as an intramural champion, it is important to have a distinguished style of play.

For the Geeks ‘N’ Sneaks, the desire to win is prevalent.

“Our team’s style of play is a mix between scrappy, tired and motivated despite how out of breath we might be,” Howard said.

The Hoyum Globetrotters follow a different type of strategy.

“Our style of behind-the-back passes and half-court shots is no secret,” Captain Mark Swiajski said. “Our secret is getting together as a team and watching clips of Steph Curry the night before a game.”

Swiajski has no concerns that giving up his team’s biggest secret will impact their play or future outcomes.

“The Hoyum Globetrotters don’t play to win because every game is tied fun-to-fun at the end,” Switajski said. “[Our style of play] is really sloppy Harlem Globetrotters with liberal arts flair.

Team chemistry is often an overlooked value among championship contending teams. Every season brings its highs and lows, and in order to win a championship a team needs to be able to balance these peaks and valleys.

Most intramural basketball teams were initially assembled early on in the college experience.

Now in its fourth season, the team now known as Inglorious Ballers is still looking for its first win and Berg-Dibley admits that the lack of team chemistry might be partially to blame for the team’s lack of success.

“Maybe it’s not good that we stayed together,” Berg-Dibley said. “None of us are very knowledgeable on basketball strategy.”

Now in its third season, The Hoyum Globetrotters are coming off of their first ever official victory when their week-one opponent forfeited because of a lack of players.

“If you want to look at it as a numbers game like the people who run it do, then we have never won a game,” Switajski said.

As a sophomore, Sam Mattson won the intramural B League championship. Having achieved the apex of his playing career early, Mattson decided to walk away from the game on top. He has since returned to intramural basketball as one of the two intramural referees as a way to “give back to the game” and because “no one really wants an intramural coach.”

For Mattson, one of the biggest challenges of the job is that the referees do not receive any training and that most of the players do not know the rules.

“They maybe know the rules,” Mattson said. “I don’t know how much they like the rules or want to follow the rules.”

Switajski says that most of the Hoyum Globetrotters understand the basic rules. However, this does not stop them from critiquing the referees.

“The refs are biased against the Hoyum Globetrotters because we get fouls called on us disproportionately more than any other team,” Switajski said.

Mattson admits that the referees do miss some calls.

“If you called everything the games would take forever,” Mattson said (even though the clock never stops running in intramural play). Mattson also said that he would like to remind everyone that “this isn’t the Olympics.”

Switajski says that their displeasure comes from passion, and that they mean no disrespect when confronting the officials.

One must look good in order to play good, and if the talent just is not there, it becomes imperative to at least look the part. One of the most integral parts of intramural basketball is that it provides Cobbers the chance to show off their swag.

“Our swag level is at about a 17 on a scale of 1 to 10,” Howard said. “Every girls’ team better be prepared to be underdressed to each game in comparison to our swag.”

Switajski and the Hoyum Globetrotters go for a throwback visual look that includes high-waist shorts with a tucked in T-shirt that according to Switajski “optimizes muscle exposure.”

For the teams like the Hoyum Globetrotters that struggle in the winning department, swagger provides a medium in which they can excite their fans.

“Fans come to our games not see us win but to see our thighs,” Switajski said. “That’s what sells tickets.”

Even the referees express themselves via their attire.

“Joe [Hallock] wears a hat when he refs, so he’s kind of a loose cannon,” Mattson said. “We both bring our own little flair to the reffing industry.”

According to Mattson, the team with the most swag is Just the Tip, because they have an organized team warm up routine.

However, just because most of the teams emphasize swag, it does not mean that it is a requirement.

Though Berg-Dibley admits that looking good correlates to playing well, there are times when this ideology has failed the Inglorious Ballers.

“Sometimes it works,” he said. “Most of the time it doesn’t.”

Most would say that intramural basketball is all about having fun.

“The whole point of it is to have fun.” Berg-Dibley said. “That’s the true purpose.”

Mattson also admits that 99 percent of heckles directed his way are all in good fun.

However for some, intramural basketball is a way of life.