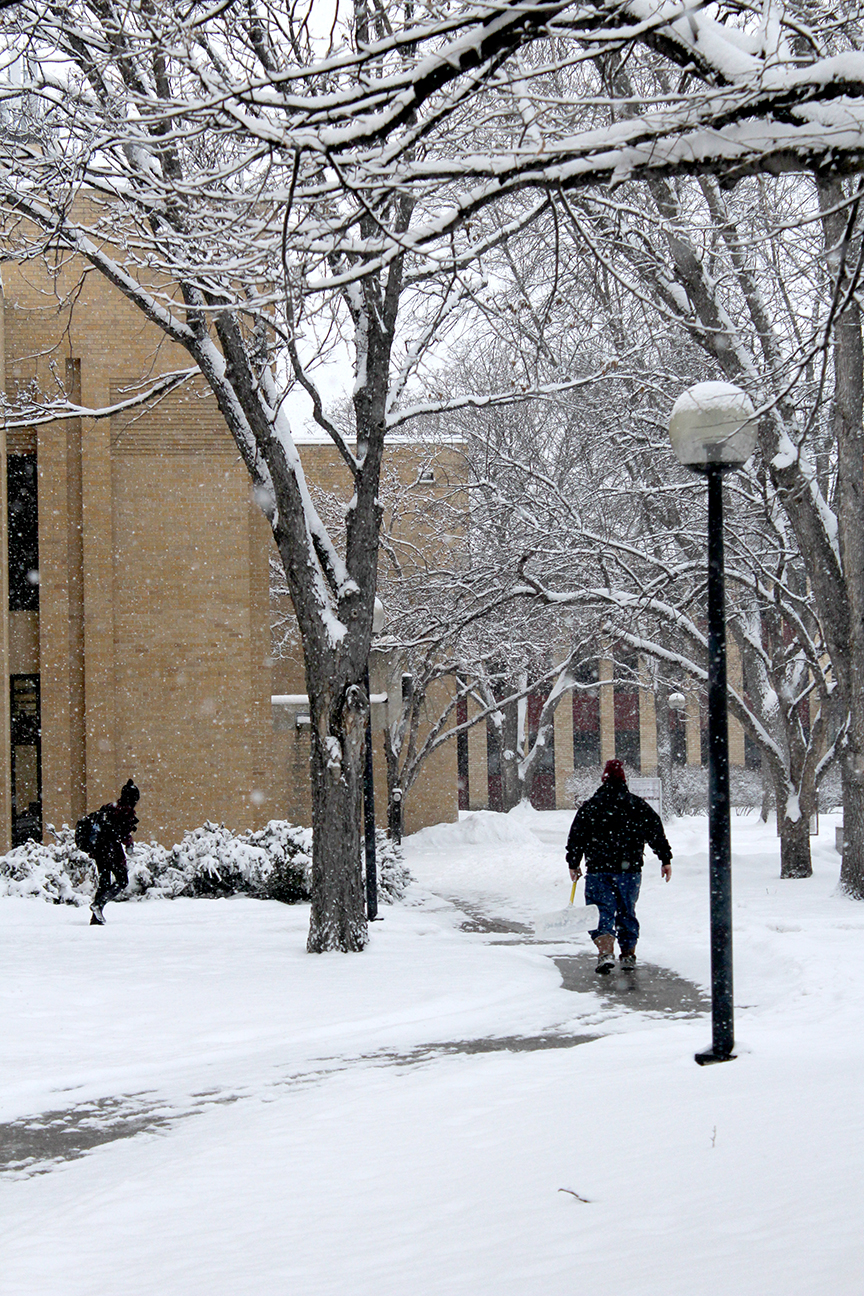 Homeowners of any kind can sympathize with the unrelenting effects of subzero temperatures on daily life: frozen pipes, dead car batteries, leaky windows and door jambs, low morale. Truly cold days transform “home” into a battleground against the elements, and it would be insane to cross into enemy territory.

Students, staff and faculty deal with this frigidness in their own homes on physical, emotional and sometimes spiritual levels, but how does Concordia College itself combat the cold?

The process isn’t always easy, but luckily, Facilities Management has it narrowed down to a near science.

“David lives and breathes H-vac systems,” said Wayne Flack, Concordia’s director of facilities. He pointed to his colleague, David Ehlert, chief engineer. Ehlert tends to Concordia’s heating and cooling needs, operating the array of pipes and machines found in the Berg steam plant, which pumps heat throughout the college.

Ehlert and Flack consider this winter a mild one and can back the statement up with real numbers.

“We can quantify on a cold day and throw a [heating cost] number out,” Flack said. “It’s way more than just sticking a head out the door.”

Facilities uses a simple formula that calculates the number of Heating Degree Days per month. The colder the day, the higher the HDD. Over the course of 27 years, Concordia’s average year has 8,567 HDDs.

The number of HDDs, when measured in accordance to the number of British Thermal Units needed to heat Concordia’s total square footage, gives Ehlert and Flack an idea of how much natural gas they need to burn to keep the campus warm.

“When the price of natural gas is high, we pay a lot,” Flack said. “But we’re enjoying very low natural gas costs this year.”

Ehlert said the college pays around $2,800 per day at the current cost of natural gas. With a quantifiably milder winter this year so far, the college should be able to save money, especially if Ehlert and Flack can smartly manage the heating and insulation of Concordia’s buildings.

“Brown and Fjelstad were leaky,” Ehlert said, mentioning some of the insulation problems fixed in the last few years. “But we sealed them up.”

He said Concordia has been able to cut down on energy costs in recent years by monitoring the amount of heat sent to each building and retaining that heat. During the slow hours of the day, less heat will be sent to buildings. Conversely, if specific buildings expect a large amount of traffic, they will demand more heat.

Ehlert and Flack have also worked to save on heating costs by taking preemptive measures to seal up buildings and digitally monitor heat supply.

Flack mentioned that Concordia recently underwent a “retrocommissioning,” during which Missouri River Energy Services inspected the entire campus, looking for small “simple paybacks,” or improvements that can easily pay for themselves within a few years.

Director of Public Safety Bill MacDonald, who also prepares for cold weather with additional staff and longer hours, commended the Facilities Management team on their efforts.

Flack displayed a letter from MRES stating that unlike most colleges, which “typically have huge energy savings potential through retrocommissioning, Concordia showed no energy-saving projects with under a two-year payback during the monitoring and engineering analysis.”

“[Facilities is] proactively looking for work on campus, not waiting to hear about it,” Flack said.