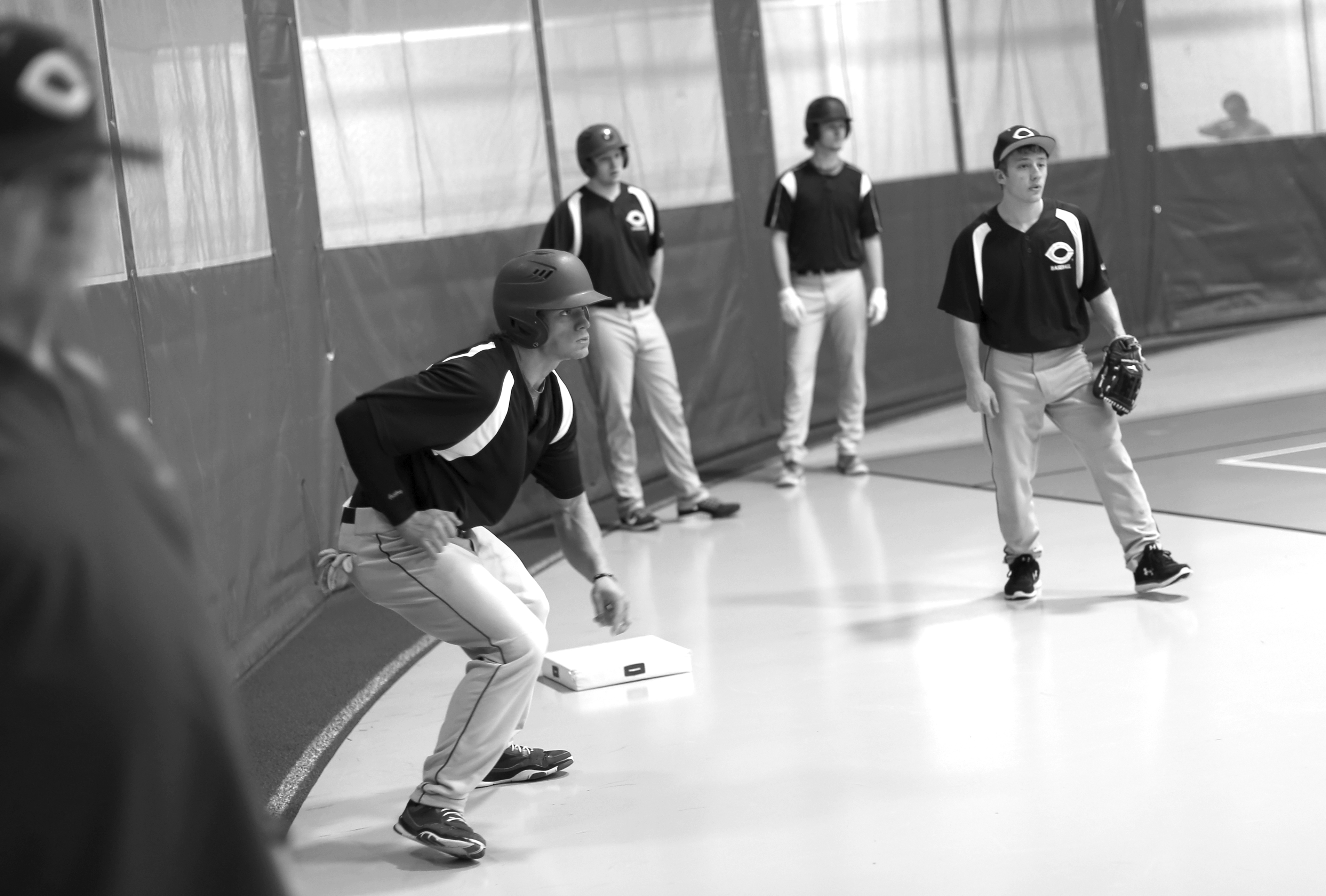 Offense was the story of the season for the Cobber base- ball team in 2015. Led by Nick Bornhauser’s MIAC-best .776 slugging percentage and Eric Carlsen’s MIAC-best .524 on-base percentage, the Cobbers hit for a team aver- age of .344 and outscored their opponents by 136 runs.

“Last season was probably the strongest offensive season Concordia’s ever had,” said Chris Coste, head coach. “It’s going to be hard to top the offense that we had last year, but it’s certainly possible to be in that same category.”

However, the Cobbers offense that averaged just under nine runs per game during the regular season faltered a bit during the playoffs. After beating St. John’s 9-8, the Cobbers scored a total of 11 runs in back-to-back losses to St. Thomas and St. John’s.

Aiding in the season-ending losses were the 17 earned runs given up by the pitching staff, and that is where the focus for improvement lies in 2016.

“The biggest thing is we need

our pitching to improve,” Coste said. “For us to do better than last year it’s as simple as [our] pitching needs to be more effective.”

Everyone on the 2015 pitching staff with the exception of closer Bryce Feia returns, bring- ing with them added experience

For pitcher Billy Jacobson, success on the mound starts with preparation off of it.

This includes the typical pitching recovery methods such as icing the throwing arm as well as researching opponents.

“When you know more about the opponent, that allows you to be more effective,” Jacobson said.

On offense, the Cobbers may have lost the heart of their batting order with Carlsen, Bornhouser and Devan Johnson all graduating, but this does not seem to be worrying Coste.

“The offense is our least concern,” he said. “It’s one of those rare situations where we graduated some amazing offensive players and we could be even stronger this year.”

Shortstop Phil Kuball says that there should be no problem filling the gaps left by last year’s seniors.

“Bornhouser and Carlsen came out of nowhere,” Kuball said. “Eric didn’t even play his junior year. This year we have proven talent.”

The baseball season technically starts Feb. 1. However, be- cause of Minnesota’s climate the team is confined to only practic- ing indoors until spring break at the end of the month when they travel to Florida. The three weeks of February spent practicing inside Olson Forum is a recipe for cabin fever.

“The first week is good because it’s exciting,” Jacobson said. “The second week it starts to become a hassle. We do a lot of the same things over and over again, which we have to because of our facilities. The third week is fun because we all have Florida on our minds.”

“Practice gets pretty monoto- nous inside for so long,” he said. “It helps that we spice up Friday practices with dress up themes.”

This year the team will play 10 games during the week of spring break in Winter Haven, Fla., before returning to a Minnesota winter and practicing in Olson Forum again.

“It’s worse than week two,” Jacobson said of returning to Moorhead after break. “We end up right back indoors.”

For Kuball, returning to indoor practices never comes as a surprise, but that does not mean that it is an enjoyable experience.

“When you get back from Florida and 90-degree weather and have to go back to practicing in Olson, it’s frustrating,” Kuball said. “It sucks but we expect it.”

Weather permitting, the Cobbers should be able to play outside again before starting conference play against St. Olaf April 2.

“We have that unique conference where everybody is good,” Coste said. “Everyone thinks of St. Thomas but at the same time when you look at what Bethel has and St. John’s and these other teams and my least worry is St. Thomas.”

“They swept us last season and won the MIAC tournament,” Jacobson said. “They have the biggest target on their back in my mind right now.”

However, like most sports in the MIAC the road to a championship will more than likely run through St. Thomas.

“We swept the Tommies last year and there is no better feeling,” Kuball said. “If we can pull off another two-game sweep that would be huge.”

Weather permitting, Concordia’s home opener against Jamestown is slated for March 28. The Cobbers will host St. Olaf before spending most of April on the road traveling to Bethel, St. Thomas, Augsburg and Carleton.