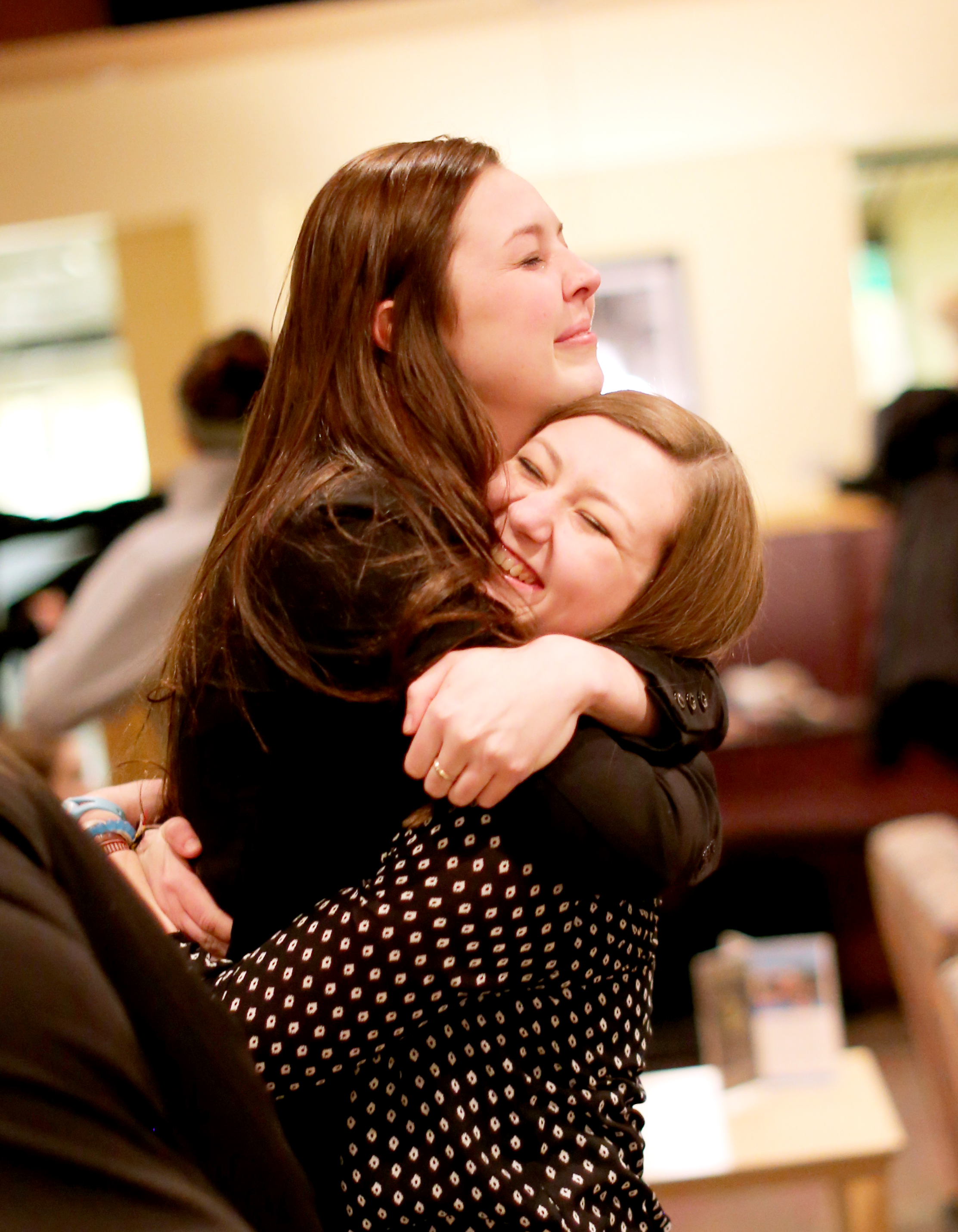 According to Grace Hoffa, the 2016 Spring Elections Marshal, Schau- er and Aga won in a land- slide 574 votes, while Jus- tin Odney and Joey Ness received 315.

“Thank you so much,” Schauer said fol- lowing the Tuesday night announcement. “I don’t think it has anything to do with [Molly and I]. We’ve been working hard for a long time and I think people can tell that we re- ally care.”

Aga and Schauer were joined by their Chief of Operations, Ellie But- ler, and Director of Com- munications Alex Sami- on. Katie Anderson will be serving as their Chief of Staff when she returns from her study abroad

program in Ireland. According to Schau-

er, the first issue that the team wants to focus on is mental health disorders on campus; specifically addressing the mental health needs of incoming students and student-ath- letes.

“We’ve been work- ing on it this past year al- ready, and have had great conversations … with a lot of different areas of cam- pus,” she said. “[We want to instill a] process of in- coming students … feel- ing comfortable disclos- ing their mental health with the college so those resources can be made available, rather than get- ting halfway through and struggling.”

Junior Marah Ev- ansalsopromotedmental health awareness during campaign week, and was elected as one of the se- nior representatives on Tuesday night.

“Being on res life, I see the behind-the-scenes part and know what stu-

dents are really dealing with,” she said in a Face- book statement. “I am very interested in helping with the mental health is- sues that are on our cam- pus. I want students to feel that they can be com- pletely themselves and that they are accepted, which are two things I’ve had trouble with since be- ing here.”

2016-02-18
Previous Post: Persuading countries to develop sustainably
Next Post: The role of stigma in rape and abuse report rates