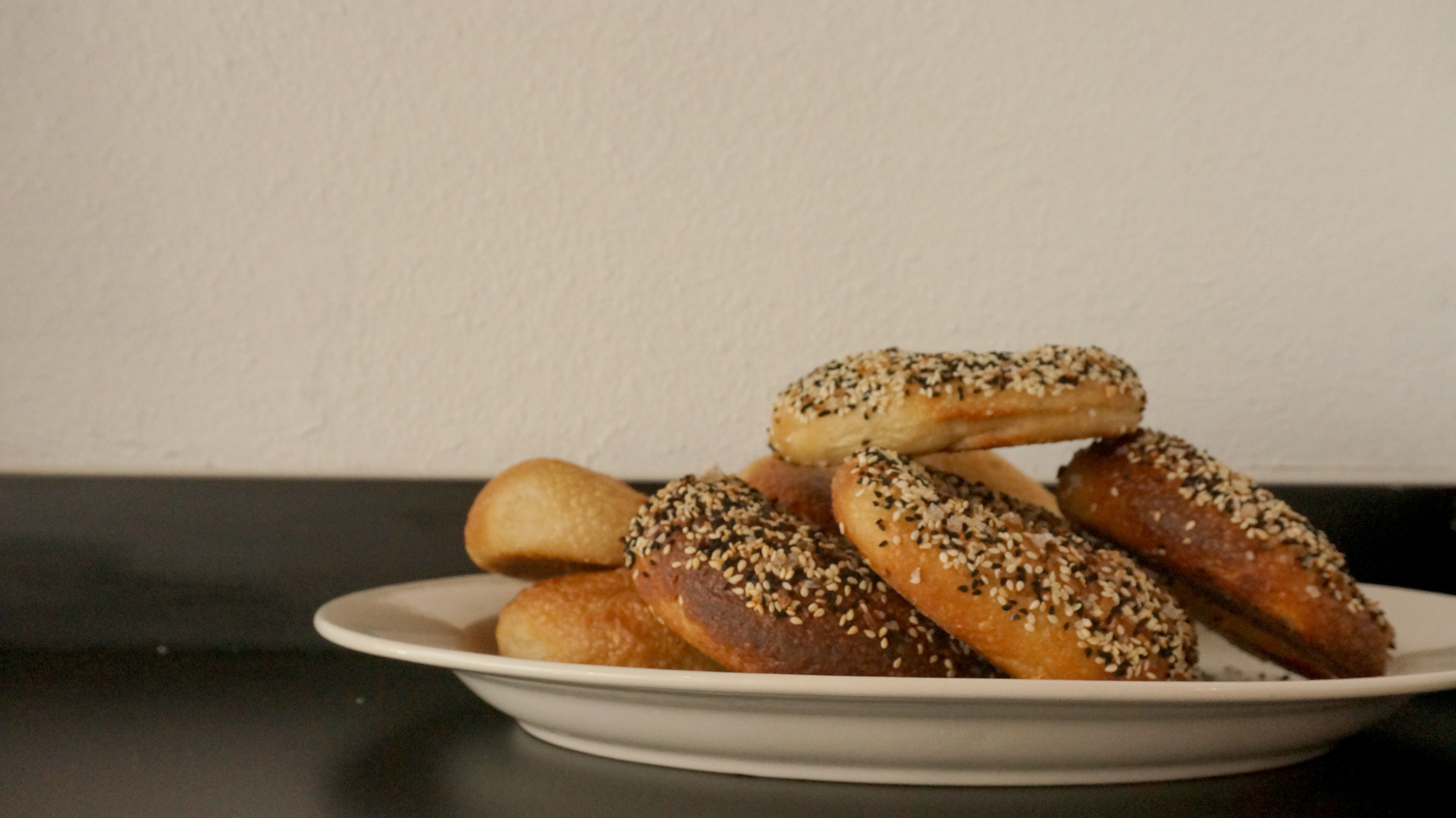 New downtown Fargo establishment BernBaum’s carries on the tradition of the Jewish New York deli, offering the classics one can expect like bagels, pickled fish, cured meats and … hotdogs?

Fargo natives Andrea Baumgardner along with business partner and husband Brett Bernath said their new bagel shop, which is located at 115 Roberts St. N, will not be just an imitation of New York restaurants. It will be uniquely influenced by their own cultural heritage, including culinary features of Germany, Poland, Scandinavia and greater Eastern Europe.

“So it’s not going to be a classic Jewish deli,” Bernath said.

Of the menu’s Scandinavian inspirations, Iceland’s cuisine appears prominently, beginning with the country’s distinct variation on the hotdog.

“Iceland is serious about their hotdogs,” Baumgardner said. “They’re made with lamb.”

According to Baumgardner, typical toppings are pickled cucumbers, sauerkraut and mustard. In addition to the aforementioned standbys and the hotdog, the shop will also offer baked goods, like kleinur, an Icelandic doughnut, and pönnukökur, an Icelandic crêpe.

Baumgardner said the additional focus on Scandinavian food is not at odds with the traditional offering. She said their goal is to capture the overlap between the two cultures.

This means the menu will cover everything from pickled fish and vegetables to cured and smoked meats and fishes to brown and rye breads.

“And then the hearty soups,” Baumgardner adds. She said their soups will comprise the standard matzah ball as well as some of their own creations. She also said they’ll offer a variety of salads. Knowingly veering from the shop’s otherwise culturally influenced menu, she said the salads are a “personal infusion,” and that they came from the simple desire to offer “a good, interesting salad.”

Baumgardner is known in Fargo for her successful collaborations with the Hotel Donaldson’s HoDo Restaurant & Lounge, as well the establishment (now closed) owned by her and Bernath, Green Market Kitchen. Fans of Baumgardner’s previous work will undoubtedly compose some of the new clientele.

BernBaum’s is setting up shop inside Bernath’s Fargo furniture store, Mid Mod Madhaus, which specializes in mid-century décor. Bernath said the idea occurred to them when he tried to find someone to rent space in the shop.

“It became obvious to me that I was having a challenge filling the square footage,” Bernath said. “I couldn’t find the stuff I wanted to fill the space, so I was considering renting out to another — somehow finding someone else to help pitch in, and — ”

“Just happened to live with her,” Baumgardner said.

“To be honest, it was a practical decision,” she continued, “but what’s interesting is … when you to go to those New York delis … and you go to Katz’s, or you go to Russ & Daughters … there is a connection between mid-century and Jewish delis too. It wasn’t what inspired us, but it just happens to be a serendipitous sort of connection.”

Given BernBaum’s’ nature as a hole-in-the-wall kind of shop, one might get the impression that the store is only going to appeal to a specific, somewhat exclusive audience. Baumgardner jokingly said that she doesn’t want to scare anybody off.

“I mean, it’s pretty hard to not like a bagel,” she says.

Despite the menu heavily featuring meat and fish, Baumgardner says vegetarians in particular will be able to take refuge in the restaurant. Referring back to the specialized salads she mentioned, she emphasizes that there will be options for vegetarians and vegans.

Baumgardner concluded, saying she hopes to bring back the students and faculty of Fargo-Moorhead’s universities.

“They were a big part of Green Market, so hopefully they’ll come back,” she said. “I would love to have them back. They’re great people.”

BernBaum’s opens March 9th inside Mid Mod Madhaus at 115 Roberts St. N in downtown Fargo. It will be open weekly Wednesday through Saturday from 10 a.m. to 5 p.m.

This article was submitted by James Harvey, contributing writer.