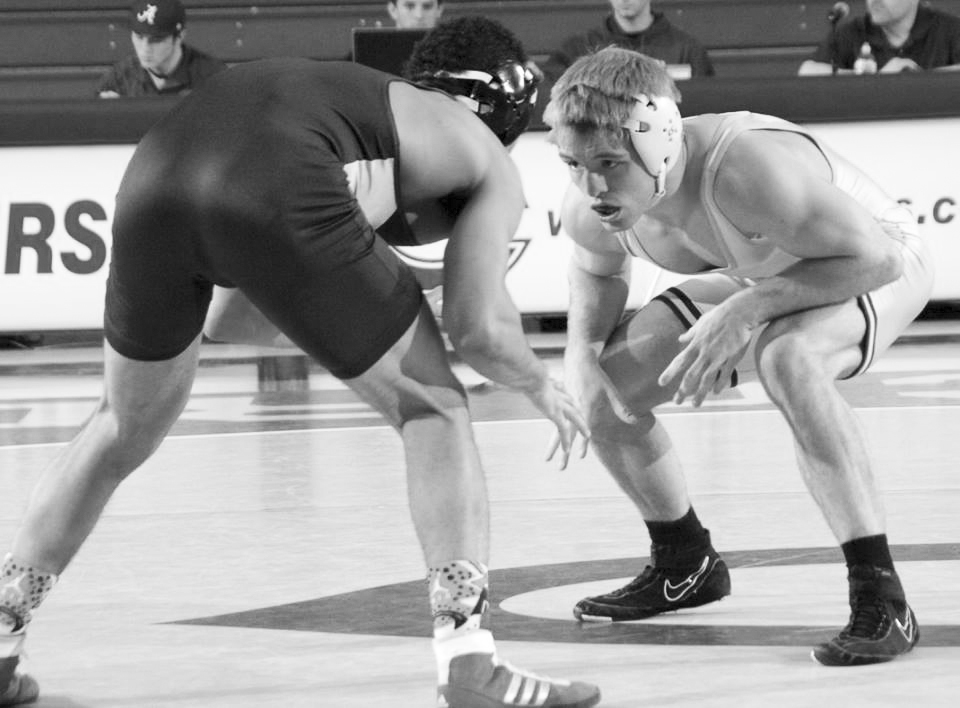 March has been a favorable month for the Cobber wrestling team in recent years. The year 2016 marked the fourth consecutive year Concordia has finished second in the NCAA West Region Meet. The Cobbers were led by sophomore Jakob Stageberg and senior Ben Cousins who finished first in the 125 and 157 weight classes respectively. In all, six Cobbers qualified for the NCAA National Meet.

“Our success overall this year is just everyone being together as a team,” Cousins said. “Everyone has stepped in as a leader in their own aspect. That culture we built in the wrestling room really carried over to our matches.”

Cousins credits the coaching staff led by Matt Nagel, who was awarded Region Coach of the Year, for the winning culture that has been established in the wrestling program.

“It comes down to the guys buying into what we’re trying to get them to do,” Nagel said. “They ultimately put the hard work in and make the improvements and it shows on the mat.”

For Nagel, it is the second time in the past three seasons he has been named the Region Coach of the Year.

“It has a lot to do with the people around me, and our program” Nagel said. “Yeah, I just get named the award but I think the amount of work that my assistants do, especially Phil Moenkedick, recruiting and taking care of a lot of those duties [helps].”

Those duties, particularly recruiting, have helped Concordia’s wrestling program grow to be a contender at Nationals year after year.

This season the wrestling roster featured 37 Cobbers, but numbers like that were not always the case.

“Ten years ago we maybe had 8 kids,” Nagel said. “We’ve really come a long ways in that aspect.”

Cousins says that coaching staff has success in finding recruits with a lot of potential.

“They do a great job of bringing in guys who may not be the top wrestlers but have a high ceiling,” he said. “The recruiting part has really been what makes the program successful.”

Senior Gabe Foltz qualified for his second trip to Nationals after a second place finish in the 133 weight class in the regional tournament. Though he has experienced success in the later part of his wrestling career at Concordia, it has not always been that way.

This year the Cobbers enter Nationals more experienced and looking to build off of last year’s performance.

“We had a struggle of a tournament,” Cousins said of last year’s performance. “This year most of our guys are returning. Our expectation is to get as many guys into the round of 12 and

beyond because we’re that good of a program. We can do that.”

Nagel says that the team sets high goals and is close to reaching them.

Last year Foltz qualified for Nationals but was quickly knocked out of the tournament. He hopes for a top eight finish at Nationals this time around.

“Last year I qualified and came up short,” Foltz said. “Going into my last year I would like to be an All-American.”

Being a student at Concordia is demanding and wrestling is an added dimension to that.

“These guys are living a very strict life,” Nagel said. On top of the academic load, Nagel says that as a wrestler you also “have to have ultimate discipline in your diet and your training regimen and also perform at a high level.”

“kind of crazy” to others, but that it is also a crucial aspect to the sport.

“The reason why [we cut weight] is because we want to be at the weight we feel we can have the most success at,” Foltz said.

However, the added demand from wrestling also brings added reward.

“It’s taught me to work hard and to keep going,” Foltz said. “Wrestling has helped me to become more mentally tough.”

Cousins says that as he grows and sees himself improve, the more the rewarding the experience of wrestling at Concordia becomes and the more confidence he has on and off the mat.

“Not only have I enjoyed my time here, it’s been really rewarding,” Cousins said. “If I can do this I can do anything.”