By: Hans Peter
In: Featured
With: 0 Comments 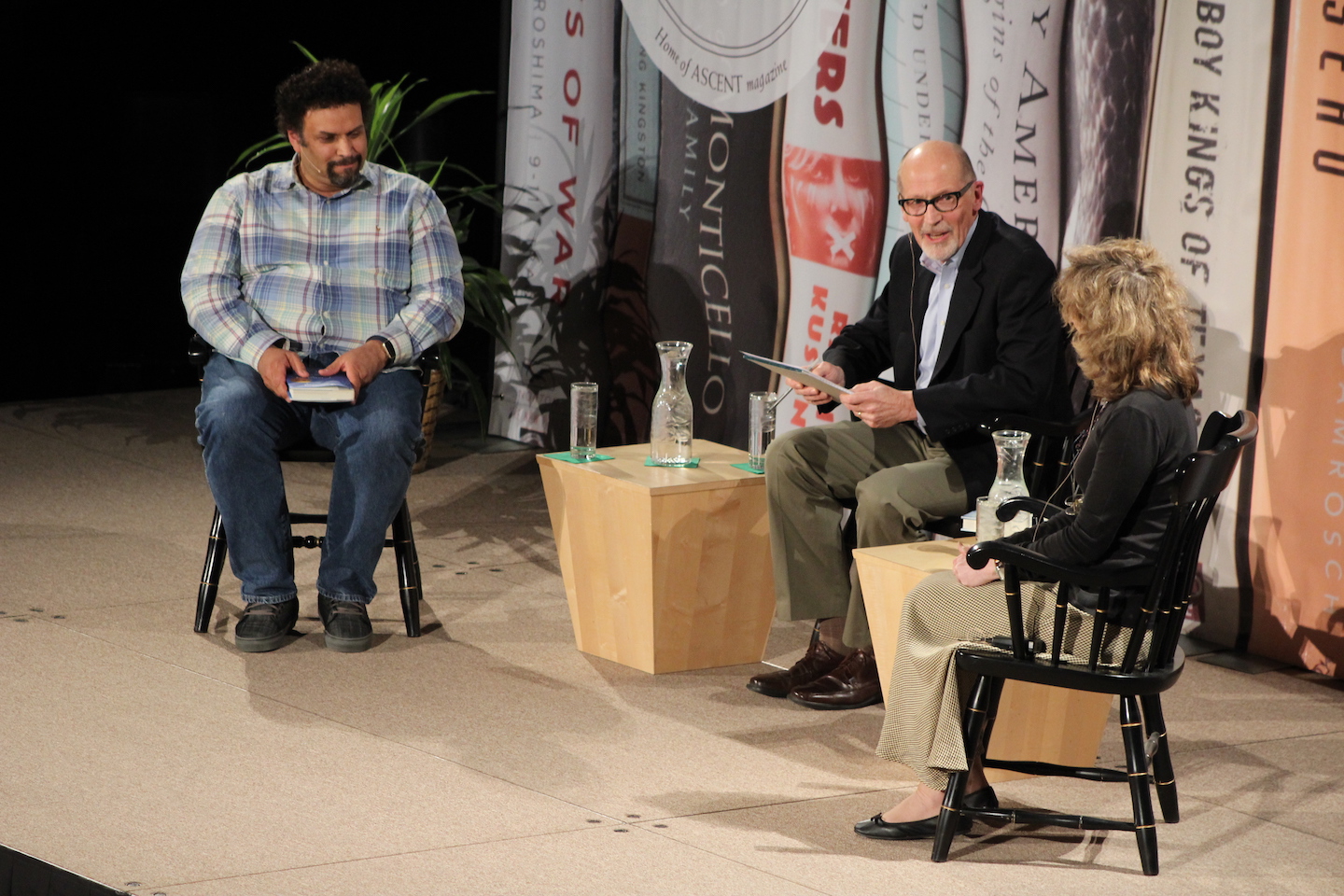 Bookworms, aspiring writers and curious community members alike were invited last friday to the Concordia-hosted National Book Awards and a discussion about the minds of octopi and mentally ill teenagers.

This year, the atrium welcomed Sy Montgomery, winner of the nonfiction award, and Neal Shusterman, winner of the fiction award. Their respective books, “The Soul of an Octopus” and “Challenger Deep” both tackle the idea of the mind, its capabilities, and its complexities.

Concordia alumnus John Ydstie, an economics and political reporter for National Public Radio, moderated the two authors, asking several questions about the books’ origins, as well as the writing processes of Montgomery and Shusterman.

Before gracing the stage of the atrium, Ydstie and the two authors participated in a “meet and greet” with Cobbers in search of wisdom, guidance, small talk and book signings.

“This year is really interesting,” Ydstie said, who gladly accepted his second opportunity to host at Concordia. “It’s great for writers and for readers, who are just in awe of what a writer can do.”

Shusterman’s book, a fiction novel loosely based on his son’s experience with schizo-effective disorder, follows a teenager during a mental breakdown, when he cannot seem to differentiate reality from imagination.

“I thought it would be painful,” Shusterman said, who worked closely with his son, Brendan, during the writing and publication of the book. “But it wasn’t. It was cathartic. It allowed me to take everything and make sense about it. Brendan was able to talk about it through this process.”

Shusterman said he hopes his book raises awareness about the very complex and sensitive issue of mental illness in teens.

“I want you to feel like you’ve gone through a mental breakdown yourself,” Shusterman said. “We need to understand that mentally ill people are suffering and they shouldn’t be pushed under the rug.”

Since the publication and subsequent popularity of “Challenger Deep,” Shusterman and his son will be co-producing a film rendition of the book.

Similarly, “The Soul of an Octopus” studies the neuroscience and behavior of octopi. Montgomery said her love for animals led her on journeys that explored their capabilities and intelligence. After a few years of studying them, she decided to condense her findings into her award-winning book.

“It wasn’t until recently that people wanted to record animals’ minds,” Montgomery said. “An octopus seemed just the place to start.”

She briefly explained the anatomy of the octopus brain, which have far more “lobes” than the human brain, which only has four. These lobes allow it to literally multitask, a necessary accompaniment to having eight arms. But the brains aren’t unlike a human’s.

“They’re built very differently from our (brains), but they feel emotions like we do,” Montgomery said. “We have very different kinds of intelligence. If a child tries scent tracking, it’ll fail miserably.”

Montgomery read a passage from her book, which described the mating process of two octopi, a ritual that confused many of the children – and adults – who watched the tentacled creatures make love on a day none other than Valentine’s day. Many octopi have the capability to change color based on their emotions, according to Montgomery’s findings.

The authors plan to continue writing in their fields: Shusterman said he’s continuing a sci-fi series he’s been working, and Montgomery will continue her nonfictions about animal behavior.

“They’re really enjoyable authors,” Ydstie said. “I’m happy to see that both are enjoying it here.”