Refugee entrepreneurs get boost from City of Fargo grant 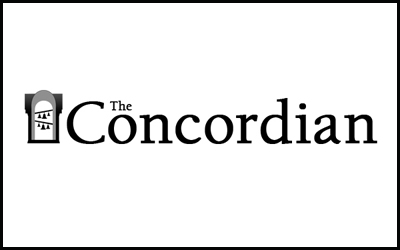 Every day, New Americans in the Fargo-Moorhead area go to work. Some go to work at a job that barely pays the bills. Others go to work in a specialized industry. A select few go to work at businesses they created on their own.

According to the American Immigration Council, in 2010 roughly one percent of all businesses in North Dakota were owned and operated by New Americans. The United States Census reports that in 2012 the number has increased to four percent. It’s not always easy to create a business, so often times New Americans look for other outlets to help them get their feet on the ground.

One organization that has recently worked to extend their services to New Americans is Emerging Prairie.

Annie Wood, director of community programs at Emerging Prairie, explained that Emerging Prairie “exists to connect and celebrate the entrepreneurial ecosystem.” This business model has come into play during their involvement with 1 Million Cups, a weekly program to connect entrepreneurs, and Welcoming Week, a national program that brings together immigrants and natural U.S. citizens in a spirit of unity.

The Prairie Den is accessed by all kinds of people; from full-blown companies working in the space daily to people who only stop by once in a while. Wood described some companies that just have meetings there, while other people actually work in the space as their 9-to-5, whether it’s remote or someone bringing their idea to fruition.

To further engage the New American entrepreneurial audience, Emerging Prairie received a grant from the City of Fargo for $2,500. The grant is meant to help New Americans, Native Americans, or those with low socioeconomic status access the Prairie Den.

Within the community development department of the City of Fargo planning office, there exists a social service and art fund. This fund is how the grant was able to be created for the Prairie Den.

“We were thinking this year it would be nice to support New Americans that would want to work in this cooperative working space,” community development administrator Dan Mahli said. “[We’re] trying to support memberships so people could have access to that environment.”

Looking at what demographic the grant should support, deciding on New Americans was fairly easy for Mahli. According to Lutheran Social Services’ website, 300 New Americans have resettled in Fargo every year for the last three years. It only made sense to Mahli that, with numbers like that, New Americans get represented with the grant.

“Studies show that New Americans make up a majority of entrepreneurs in the States,” Mahli said. “We want to be welcoming of those ideas. These are fresh eyes and new ideas into the community.”

Wood received the check in the mail from Mahli in early February and was still working out who would really benefit the most from some assistance with the grant. Typically, access to the Prairie Den can range from $15 for a day pass to $300 for one person from an organization using the space. This cost is unfeasible for some, so that’s where the grant comes in.

When looking for where the grant money should go in the first place, Mahli said that the Prairie Den was at the top of the list because “it’s like an incubator in a way” and the membership cost is low enough that the grant can effectively help the most amount of people at one time.

“Rather than paying rent for a 2,000 square foot store-front, you can buy a membership where people can share access to ideas and meet new friends,” Mahli said.

Wood is hoping that they can start off more people with a Flex Pass, which is $75 per month, and then gradually integrate them into the membership paying process. Even once the funds from the grant are used up, Wood says there are still other options for people who want to use the space.

“The reality is, we try not to turn anyone away from being a member of the Prairie Den,” Wood said. “We’ve had people who instead have volunteered their time for a while until they had some cash to contribute.”

A place to work on ideas

Determining who will actually receive access to the Prairie Den with the usage of the grant is fairly open. While Emerging Prairie thinks of the Prairie Den like a college student center, the recipients of the grant would need to be more focused on the actual development of an idea, rather than just hanging out in the space.

“It’s really designed for people who want to be working on an idea, working on a business, or moving an idea forward,” Wood said.

The City of Fargo has no stipulations on who receives the grant, except that they are New Americans or someone of a lower socioeconomic income standing. The Prairie Den is able to freely use the grant as they see fit within those few parameters.

That’s about the only condition that Wood has fully worked out in determining who will receive the grant. Other than that, it’s up in the air. It’s not based on what the idea is that someone has coming in, just that they have an idea that they’re really trying to move forward.

“We don’t want to micromanage the grant,” Mahli said. “There’s no reporting quarterly as to who is doing what.”

Mahli detailed a study explaining that when a diverse population reaches 10 percent within the homogenous population, seeing that population in public places like a local grocery store or gas station becomes commonplace.

“That’s right where [Fargo is] at,” Mahli said. “This seems like we’re at a point where we can get to know each other better or not. Which if we don’t, that can lead to fear.”

Fargo is a fairly progressive city in North Dakota, although it still ranks behind other major cities and cities of its size. According to the United State Census Bureau, the 2010 report puts the non-white population in Fargo at 11 percent. The 2014 numbers have the state’s non-white population at 14 percent with no reporting specific to Fargo.

It’s that progressiveness that drove Wood to really want to work with the Fargo City Planners and make the Prairie Den more accessible to New Americans and those with a low socioeconomic standing.

“[The grant] is really a catalyst for us thinking about how could we open the door, how do we provide access, how do we think about it differently, how do we specifically and intentionally reach out to that community,” Wood said.

A place to make connections

The Prairie Den is one large communal workspace. Many times one person is in there working on a project and may bounce ideas off of someone who has nothing to do with their project in the slightest. It’s this co-working ideal that has helped bring ideas to fruition and what attracted Mahli to the idea of having the grant to go to the Prairie Den.

“What really works is creating places where people can connect with one another,” Mahli said. “So the idea of making unlikely connections or finding leaders who can make those connections…it’s critical to a person’s success of fulfillment in making a new home.”

Both Wood and Mahli are excited to see where this grant goes on its first round. If things work out well, the Prairie Den could receive the grant again next year. There’s an application that comes around at the end of the summer for organizations to receive grants. The application is due in October.

“My hope is to do it recurring, but with every grant it’s not a guarantee,” Wood said. “That’s kind of where life is.”

Mahli’s hope for the future of this grant being used by the Prairie Den is high. He’s hoping for friendships to be formed and people to have fun while working on their entrepreneurial ideas.

“At a basic level, people are able to make meaningful connections and that those connections can lead to support families,” Mahli said. “That is a great result.”

2016-04-20
Previous Post: Long-time librarian to shelve final book
Next Post: Editorial: Why you should care about the paper