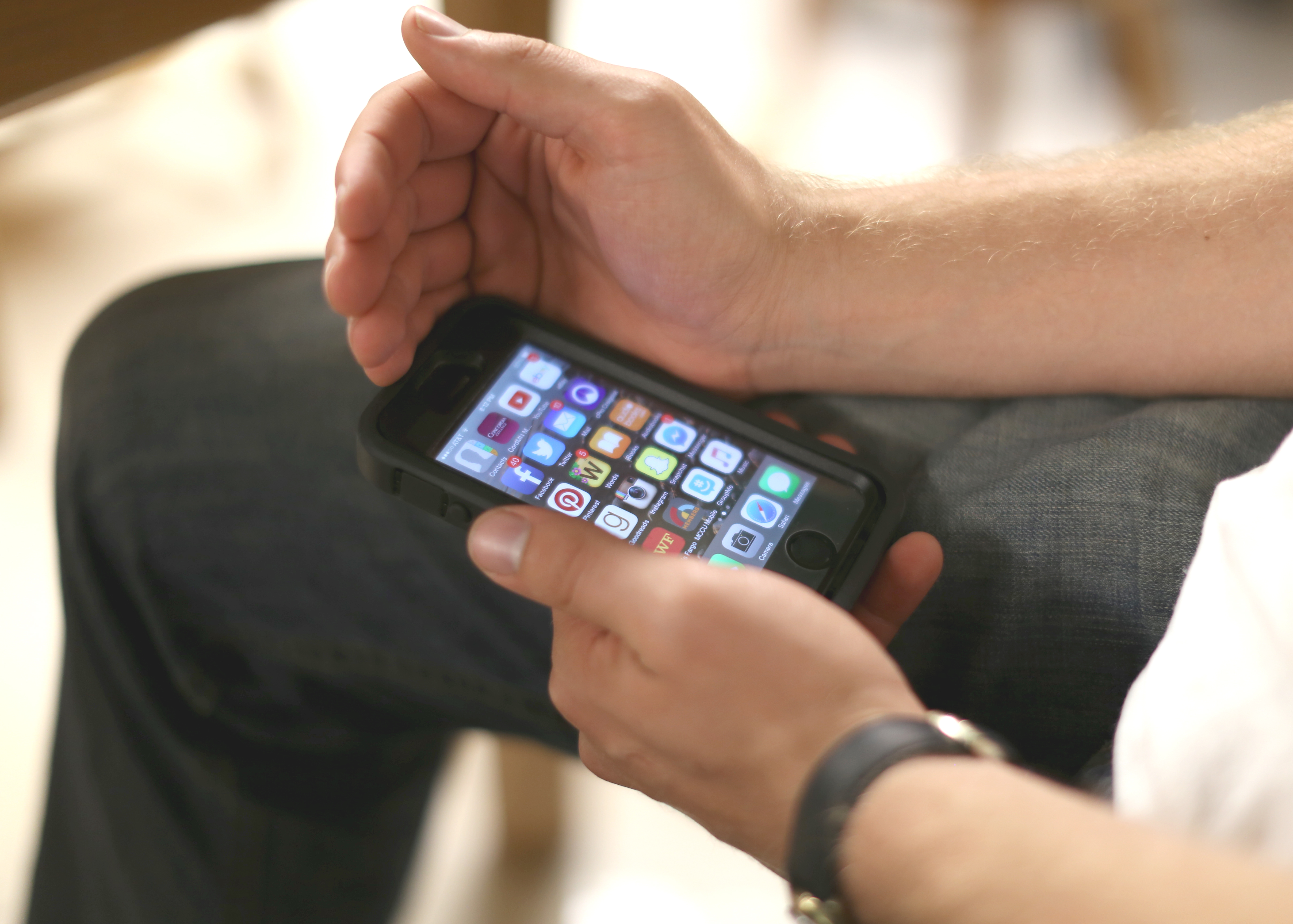 In one classroom, a student is told to put her phone away and pay attention. Next door, students use their cell phones to take an in-class quiz. Down the hall, a professor asks a student to look up a fact on his phone. The use for Smartphones in our society is rapidly expanding, but classroom use still varies greatly.

Dr. Lisa Sethre-Hofstad, associate dean of the college and former professor of psychology, tried to balance the use of technology in her cell phone policy.

“Technology can be a problem in the classroom… but on the other hand, I am starting to find ways to say, ‘How can we use that technology in a way that’s helpful?’” Sethre-Hofstad said.

At Concordia, professors are allowed to create their own policies regarding cell phone use in the classroom. However, as Smartphones continue to improve and offer more uses than simply communication, the once strict policies are softening and professors are finding new ways to use technology in

their classes. Still, new challenges are arising in balancing the positive and negative uses of cell phones in the classroom

Sethre-Hofstad last taught classes at Concordia in 2013, but now feels like her once strict policy is out of date.

“What I used to do was ‘I don’t want to see them, I don’t want to hear them,’” Sethre-Hofstad said. If she were to update her policy now, she feels like she would try to find more ways to incorporate cell phone use into the classroom.

Dr. Stephanie Ahlfeldt of the communication department encourages cell phone use in certain situations, like in-class quizzes or entering dates into mobile calendars. However, when it comes down to it, her cell phone policy is all about participation.

“When we’re in class, obviously your attention needs to be on being a good participant, a good classmate, and if you’re on your phone during class, then other people are thinking about being on their phones, so it’s a distraction,” Ahlfeldt said. “So the policy is essentially to not be a distraction, to be positively contributing in class.”

According to some students, they would like more freedom with their cell phones in class, but they also feel like some guidelines are healthy for the classroom. Sophomore Kasey Finch thinks students need to understand the consequences of frequently checking their phone in class.

“I think people need to take their own responsibility,” Finch said. “If they’re going to use their phone then they’re obviously not going to be listening as well, and that’s their choice, because their education is their choice.”

“It’s nice to have some guidelines from professors as to what they’re looking for and what their expectations are, too,” Finch said.

Ahlfeldt agrees, and she believes a classroom without a cell phone policy wouldn’t function well.

“We are such an instant gratification culture, that we would go right to responding without waiting,” Ahlfeldt said. “We all need boundaries and we all need to know what’s expected of us.”

Conversely, sophomore Lankin Tyll believes college students are at an age where an open policy wouldn’t be too much of a problem.

“I think it should mostly be up to the students, and I think we all have a basic un- derstanding of what is appropriate at this point in our lives,” Tyll said. “We’re adults now.”

Sethre-Hofstad struggles with how to balance these opposing ideas, and understands that college-aged students deserve a degree of freedom.

“How do you guide students now that they are more independent and have more capacity to make their own decisions?” Sethre-Hofstad said.

However, Sethre-Hofstad says she believes her role is to prepare students for life after college, when using phones during a meeting or on the job may have much larger consequences than having it out in the classroom. She thinks students don’t always know what is acceptable and what isn’t.

“If you have no parameters, or no guidance, I think that students can fall into a trap of a behavior that they don’t understand is disrespectful,” Sethre-Hofstadsaid.

The professors also feel like this issue expands beyond the classroom and into our everyday lives. In a 2014 Educause report, studies found that 86 percent of college students own a Smart-phone. They also found that on average, students use their phones 3.6 hours a day. Ahlfeldt sees this as something that pulls us away from not only learning, but reality as well.

“The minute we went to Smartphones, people just have so much available on them, and so we are on them more,” Ahlfeldt said. “When you look at the way cell phones take us away from being together, being present… I have to really work to find positives for cell phones in the class because there is so much darkness there.”

Sethre-Hofstad recognizes the familiar struggle, and hopes to make use of the bright side of expanding technology.

“Rather than fight with technology, I’d like to find ways to utilize it in healthy ways,” Sethre-Hofstad said. “In a way that would be helpful to learning and helpful to student engagement.”

As technology continues to grow and our devices become even more integrated into everyday life, new challenges will continue to arise. But despite this, Ahlfeldt feels we have to deal with each new problem as it comes and accept the role of cell phones in society.

“They’re a part of our lives and they’re here to stay,” she said.

This article was submitted by Bailey Tillman, contributing writer.