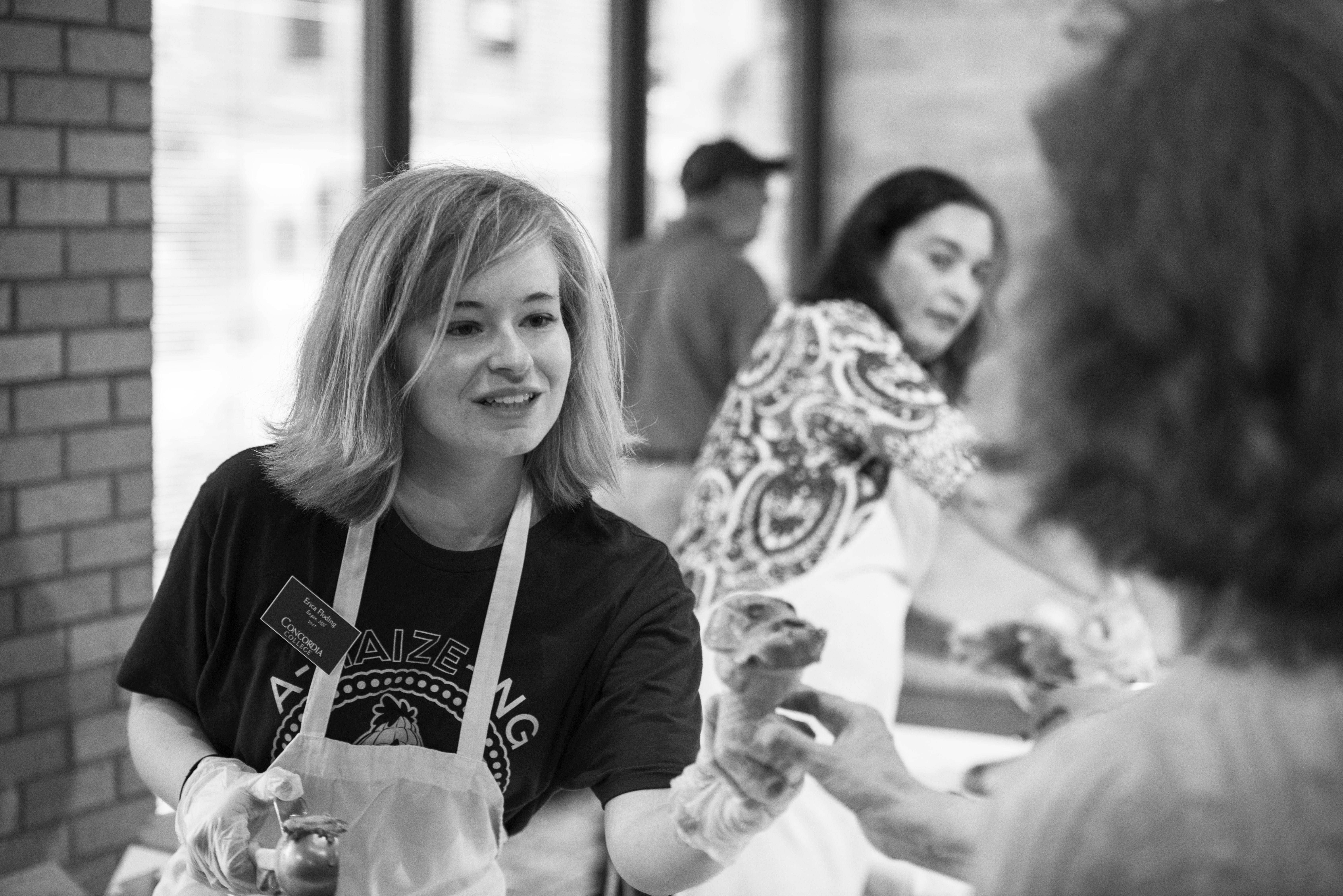 Family Weekend — a weekend devoted for parents to come and visit their Cobbers and participate in events that supply the whole family with fun. This year, families from Georgia, Florida, Pennsylvania, Idaho, Montana and Alaska, just to name a few, attended the festivities, but this year one aspect of family weekend was missing. Athletics.

Family Weekend has a wide range of things to do, which usually includes supporting some sort of Cobber athletic event — football, soccer, volleyball, etc. This year the stars aligned perfectly with both soccer teams and volleyball on the road and football getting a bye week. Some may have suggested to find another weekend, but what a lot of people may not know is that the dates for not only Family Weekend, but for homecoming as well, are picked years in advance.

Carlson flips through countless papers of sports schedules and academic calendars all the way up to 2027. She’s already begun the scheduling process of Family Weekends for the future, which means it was no surprise to her that Family Weekend would go down like this.

For Family Weekend Chair Hannah Wollenzien, she had no control over the schedule which left her searching for a substitute plan for this year’s event.

“Initially I was a little bummed, as the games are usually among my favorite events,” Wollenzien said. “However, I took this as an opportunity to create a new and exciting event for all our families.”

Instead of having an athletic event to entertain, the committee switched some things in the schedule around and added some additional events to fill the void in the weekend.

According to both Wollenzien and Carlson, family college added an extra session to the schedule. Instead of having two sessions there were three. Ice cream social and family expo were both moved to the Knutson Center during the same time which resulted in a larger attendance than years previous and the two bigger changes were the expanding and revamping of the Family Festival and a pep rally.

Accord to Wollenzien, Family Festival was a giant gathering on the Bishop Whipple lawn with a wide range of organizations and departments on campus putting on activities marketed toward the younger kids. There were science activities, a birthday bag service project, face painting, a blow-up obstacle course, mini-golf, lawn games including croquet, lawn jenga, bean-bag toss and even a photo scavenger hunt with some prizes that were given away.

With all the changes to the Family Festival, the committee couldn’t have been more pleased.

“Family Festival this year was very well attended,” Wollenzien said. “We had families staying the whole time to participate in the activities. I hear very positive feedback from students, families and staff of the college.”

In place of an athletic event, the committee put together a pep rally where families heard season updates from football, men’s and women’s soccer and from softball. Alongside the updates, the athletic band was there to play some tunes and play the fight song with Eric Johnson, director of Alumni Relations, leading the school cheer.

Although it wasn’t exactly the athletic environment the committee is used to, it did bring a little athletic spirit to the weekend.

“The pep rally was especially well-received,” Wollenzien said. “With families enjoying hearing the athletic band and appreciating the presence of season updates from some teams.”

While this year’s event seems to be a hit, this gives the committee something to mold off of, because according to Carlson, this scheduling conflict could happen again in 2018.

According to Carlson, in 2018 the football schedule doesn’t allow for Family Weekend to fall on a weekend with a home football game. She hasn’t received the soccer or volleyball schedules yet, but if there happens to be a game on the same weekend as Family Weekend, the committee is going to run with it.

“If there is a soccer game, then we will go all out. We’ve done it before,” Carlson said. “I don’t remember what year it was when this happened previously but we did a big tailgating and we decorated the stadium for the soccer game. They played the soccer game actually on the turf in the main Jake field … and I believe we had the band. It’s been awhile but we asked the band to play too, the Cobber band so that was fun too.”