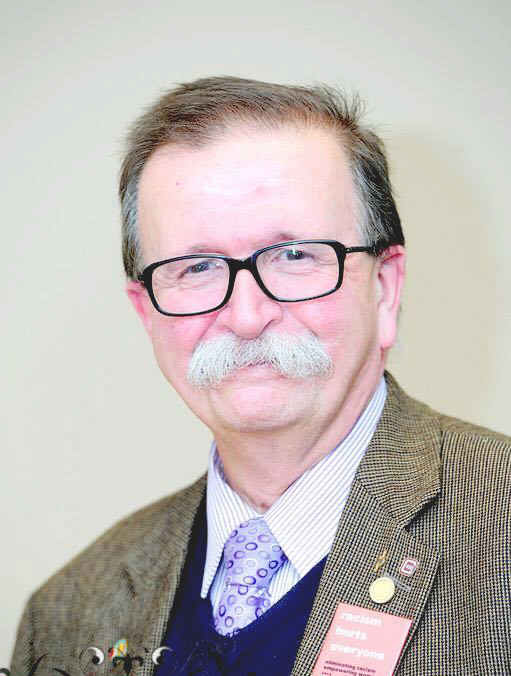 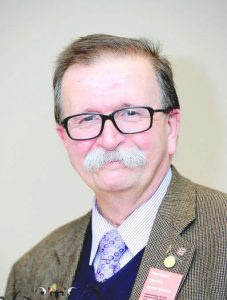 This May, Bruce Vieweg will ask that you excuse his intrusion to your day one last time. Vieweg, whose emails, bow ties and Monopoly Man moustache have become as symbolic of the Concordia spirit as Kernel Cobb himself, has announced his intention to retire at the end of the academic year.

“Trust me when I say it wasn’t an easy decision,” he said. “I don’t feel it, but the reality is I’ll be 70 next summer. I thought that was, well, reasonable time.”

Vieweg first set foot on Concordia’s campus in October of 2006. He was working as CIO at Emporia State University in Kansas at the time when a former coworker, who was doing post-retirement work with Concordia’s information technology services, called him asking if he would become a consultant to the college. He turned down the first call; he was happy where he was. But when the second call came, Vieweg figured he ought to see what all the fuss was about. He spent three days on campus, visiting with students, faculty and IT staff.

At the end of those three days, Vieweg was offered a position as associate vice president for academic affairs and chief information officer. He accepted.

“From the very beginning, there was a special something, a connection there,” Vieweg said.

Vieweg has three main reasons that attracted him to Concordia: the college’s mission statement, President Pamela Jolicoeur and the feeling that on Concordia’s campus he could truly make a difference.

But Vieweg’s Concordia journey was put on hold that November when his wife, JoAnne, discovered a lump in her breast. He sent a note to President Jolicoeur, saying that they should begin another search. Her reply contained only three words: “We will wait.”

Vieweg moved to Moorhead in the spring of 2007. His first three months here were spent living in a hotel room and traveling back to Kansas every three weeks for JoAnne’s chemotherapy treatments. He began at Concordia on April 1, and the rest, he said, is history. In his ten years at Concordia, Vieweg has held numerous positions on campus. When Concordia transitioned to a provost model for a brief period, he served as associate provost and CIO. In December 2011, he was named interim dean of students. Now he is ending where he began, as associate vice president and CIO.

In each of his roles, students and faculty agree that Vieweg has fulfilled his promise to make a difference at Concordia. Dr. Lisa Sethre-Hofstad, associate dean of the college and professor of psychology, particularly appreciates the changes Vieweg has brought to ITS.

Before Vieweg, when a faculty member needed work done on their computer, they had to physically carry it to those who could fix it. So, when Sethre-Hofstad began having issues with her computer shortly after Vieweg took over, she called to see when she could bring it to IT. Instead, IT came to her.

“It was just a major pivot and shift in the way that the work gets done. … I think that had a huge impact on the way IT services interacted with the campus,” she said. “He reimagined and reenergized the work within a new framework that led to very positive interactions.”

For Vieweg, this change in protocol was all about improving quality of practice and forming a more direct relationship between ITS and the greater campus community.

Concordia senior Carl Tiede, who serves as a student manager for ITS, said that Vieweg’s dedication to people is also reflected in his relationships with student workers. When Tiede applied to work in ITS his freshman year, he was initially turned down for the job. But Vieweg, knowing how much the position meant to Tiede, personally reached out to him. The two worked out a way for Tiede to do an internship, and he has been with ITS ever since.

Tiede said that he and his co-workers have been “spoiled” by Vieweg’s commitment to the campus community. Although they work in separate buildings – Vieweg in the basement of Lorentzsen Hall, student workers tucked away in the Francis Frazier Comstock Theatre – Vieweg will regularly stops by to check in.

“He’ll make sure to say hi to every single individual person that’s there, and ask them how they’re doing,” Tiede said.

Vieweg has had an impact on students outside of ITS, as well. While he has spent his career in computers, he holds a bachelor’s degree in music. He likes to stay involved by attending every concert and recital he can.

“I can’t remember a choir concert in my four years here that I have not seen Bruce Vieweg’s face at, with the exception of the Christmas Concerts in the cities,” said Tiede, who also serves as president of the Concordia Chapel Choir. “He makes it to every concert that’s up here, including the dress rehearsals.”

And after every event, Vieweg makes sure to send a congratulatory note to someone involved, be it a soloist or a conductor.

“Sometimes I just do it because I want to say something nice to somebody,” he said. “I think sometimes life passes awfully quickly, and sometimes maybe we need to slow down a little bit and look at the people who are, in essence, making our lives better.”

Vieweg’s support of the arts was recognized at the 2015 Concordia Homecoming Concert, where he was presented with the annual Friend of Music award. In a gesture of thanks, members of the audience and ensembles were asked to stand if they had ever received such a letter from Vieweg. At least 100 current and former Cobbers, including Tiede, rose to their feet.

“I don’t want to think of it that way though, because it’s kind of hard,” he said.

It is equally hard for those whom Vieweg has touched to imagine a Concordia without him.

“I think he’s been a very positive force on this campus,” Sethre-Hofstad said. “I’m happy for him that he’s retiring, and I’m sad for us that he’s leaving, but I think he’s leaving behind a very strong legacy.”

And Tiede, who said he fully intends to stay in contact with Vieweg after this year, agrees.

“So much of my experience at Concordia has been influenced by Bruce,” he said. “I’ve gotten the question a few times, ‘Is there anyone you aspire to be like?’ I think almost every time in the last few years I’ve answered Bruce Vieweg.”

As for post-retirement plans, Vieweg said that he and JoAnne are going to let things play out a little bit. They have children and grandchildren both in Fargo and back in Kansas. The weather, he said, may play a role in their decision as well.

“As much as I love it here, I don’t care for the winters too much,” he said. “Although the summers there are miserable, hot and humid.”

Wherever he ends up, Vieweg knows what he will miss most about Concordia: the students and his colleagues.

“I’ve worked with three presidents, two vice presidents for academic affairs, an incredible number of enrollment folks, and literally thousands of students,” he said. “In just ten years, imagine how many individuals, well over 5,000, have impacted me. I hope I’ve had some impact on this community as well.”