Women’s soccer team makes the most of what they have 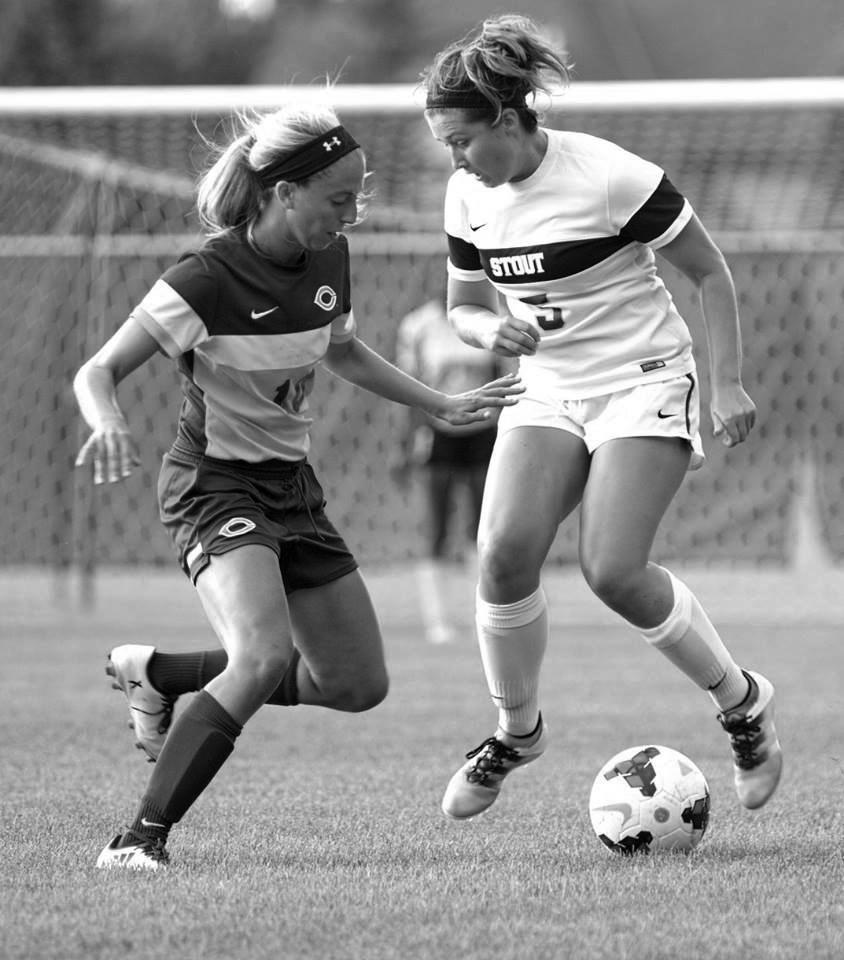 Year after year it seems as if the women’s soccer program has a superb team and season record all-around. But as everyone knows, people graduate and leave the team looking to fill the holes that are left. Although sometimes, the new team dynamic just isn’t the same and neither is the season, the teams just have to work with that they have.

“It’s been frustrating not having the record that we want,” said senior Erika Grinde. “But I feel like our team is connected and we are positive and just trying to move forward.”

“I think we are just doing the best we can,” McCullough said. “We can only deal with what we’re dealt with and have a super positive mindset.”

The women are trying to move past the fact that they graduated three seniors and are left with a newer squad of freshman and sophomores.

“We are definitely just young in general,” McCullough said. “I mean we lost Sadie, she’s a wall in the back defense. Morgan she had really great footwork and could always get the ball up the field on the outside and obviously losing Bitz was a huge loss too.”

On top of graduating seniors, the team has also had to work through some injuries that have plagued the team.

“Even transitioning in this year, we’ve had a lot of injuries and that has been unfortunate also, so we’ve had to make a lot of adjustments,” McCullough said.

“We definitely have players playing in new spots, so that’s been a little difficult, but I think we are handling it well,” Grinde said. “Even if everybody’s not playing in the spot that they are used to, they are being positive about it and making those sacrifices for the team.”

With everyone sacrificing something for the team, it has brought a new sense of closeness to the team, which the team has really benefited from.

“Our dynamic and supporting each other, I think that’s one of our biggest things this year,” Grinde said. “Because we do have few numbers so everyone is just a lot closer.”

And that dynamic and supportive nature has transitioned into their play on the field.

I think our work ethic is hard,” McCullough said. “Whoever is on the field is always trying their hardest and I think working together as a team has been something we’ve improved a lot on.”

While they have made improvements as the season has progressed, there are always those challenges that lie ahead as they continue.

“I think we can work on being able to play the whole 90 minutes,” McCullough said.

“We’ve really struggled kind of not completely being there the whole game, and we’ve paid the price for it. Teams capitalize on those chances.”

The team can’t afford to miss a minute in the upcoming games, because according to Grinde, the remaining games of the season are going to be tough ones. But with the slight improves and positive mindsets the team can go into them strong.

Despite the obstacles along the way, it is Grinde and McCullough’s senior season, and they want to make the most of it.

“I think just enjoying the time that we have together, like we do have a pretty big senior class, so I think it’s nice to just share that sense of accomplishment over our four years,” Grinde said.

And the same can be said for McCullough.

“Just realizing for us seniors it’s that last time we will really get to play soccer I mean at the collegiate level with our team,” McCullough said, “So I think just taking that in and getting to play with all of our teammates, We are a really close knit team and having those success together is always exciting, but having those failures too builds a stronger connection between everyone.”

The women’s soccer team will be back on their home fieldSaturdayastheyfaceup against Bethel.