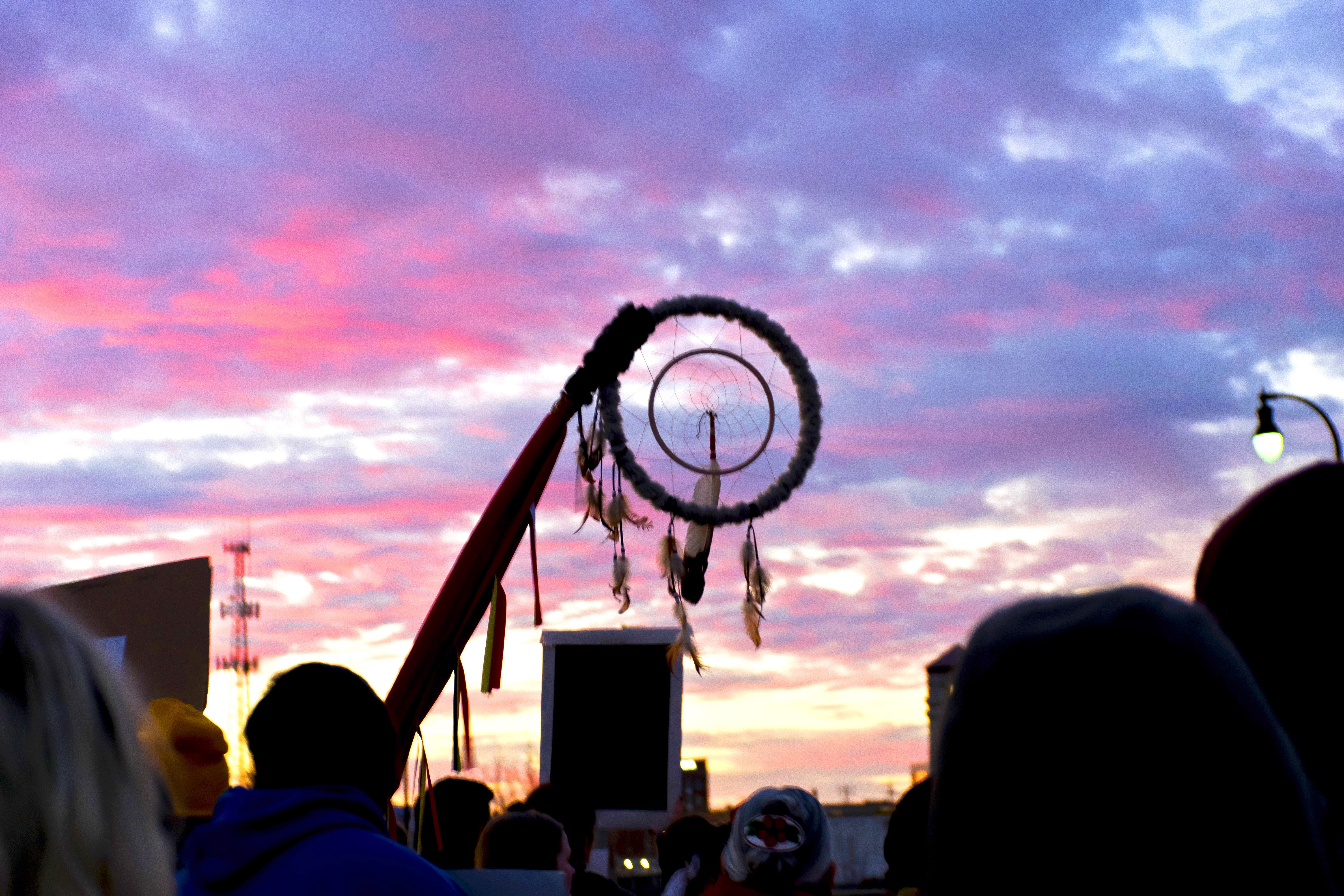 On the National Day of Protest, the protests against the Dakota Access Pipeline continued in Fargo. On Tuesday, Concordia students and community members marched on Veterans Memorial Bridge to spread the message that building the pipeline infringes on indigenous rights, water safety and the climate’s health.

The National Day of Protest is a nation-wide movement where people are standing in solidarity with the people at Standing Rock, and call upon the federal government and the Army Corps of Engineers to reject the pipeline. The event asked people to protest outside of Army Corps of Engineers Centres in their area, but the closest one to Fargo is in St. Paul. Brett Drevlow, co-president of Minnesota Public Interest Research Group, the protesters in Fargo-Moorhead came out to the bridge to demonstrate how important it is for the community to get involved.

“We are getting in front of the public to help them get involved,” Drevlow said. “We’re doing it in a peaceful manner during a high traffic time on the bridge.”

According to the Action Network Campaign for the NoDAPL National Protest site, protesting on Tuesday was important for many reasons: “We know that elections and individuals alone don’t create change – movements do. That’s why we’ll continue to fight until native sovereignty is honored, indigenous rights are protected, and our communities, water, and climate matter more than fossil fuel profits.”

Lacy Tooker-Kirkevold, co-president of MPIRG, organized the protest. Given the success of the last protest and the issue continuing, she saw no reason to not participate in the national protest.

“We’re here to show the native community here and at Standing Rock that we stand with them in solidarity no matter what,” Tooker-Kirkevold said.

MPIRG further emphasized this message in their Facebook event they posted, “We want to uplift and embody the values expressed at Oceti Sakowin Camp throughout our rally. The values to uplift are Prayer. Respect. Compassion. Honesty. Generosity. Humility. Wisdom. Continue to remind each other of these values. We will not let Trump get us down and therefore we must keep the message clear that we are not protesting against Trump, we are protesting the unfair treatment of Native Americans, treaty infringements, and lack of acknowledgement of Native rights.”

The movement has reached to more members in the Concordia community. Kelly Noack, assistant bookkeeper and scholarship coordinator for the Concordia Language Villages, attended the protest. Last weekend, she went out to Standing Rock to see how she can help the community there. Her experience there has compelled her to find means to help out in any way she can.

“One of the most shocking images I have from that weekend was when my daughter and I stood on top of the hill,” Noack said. “On the left, you could see the military barricade they had put up on the bridge with cement barriers and barbed-wire curling on top of it. On the right, you see tents and teepees and people conducting prayers and ritual on the ancestral land that our country has taken away from these people. It’s heartbreaking.”

Student Environmental Alliance and MPIRG are heading out to Standing Rock again this weekend to further help the individuals there to prepare for winter. They are bringing their own donations that they have collected from family and friends. As winter approaches, the Standing Rock community is starting to build permanent residences, a project the Concordia students plan to help with along with showing newcomers the multitude of reasons why they continue to return to Standing Rock.

“We have a lot of new people coming this time,” Tooker-Kirkevold said. “We will participate in rituals and prayers again to get them passionate about our support for this community.”

While others may not be able to make it out to Standing Rock to lend a helping hand, the protests are a way to support the native community by spreading the message and informing the community the issue at present and encourage them to get involved as well.

“I strongly believe in supporting this movement for environmental reasons,” Noack said. “But I also strongly believe that it’s time for America to wake up and talk about the reality of what we’ve done to the native nations.”