Being the elephant in a room full of donkeys 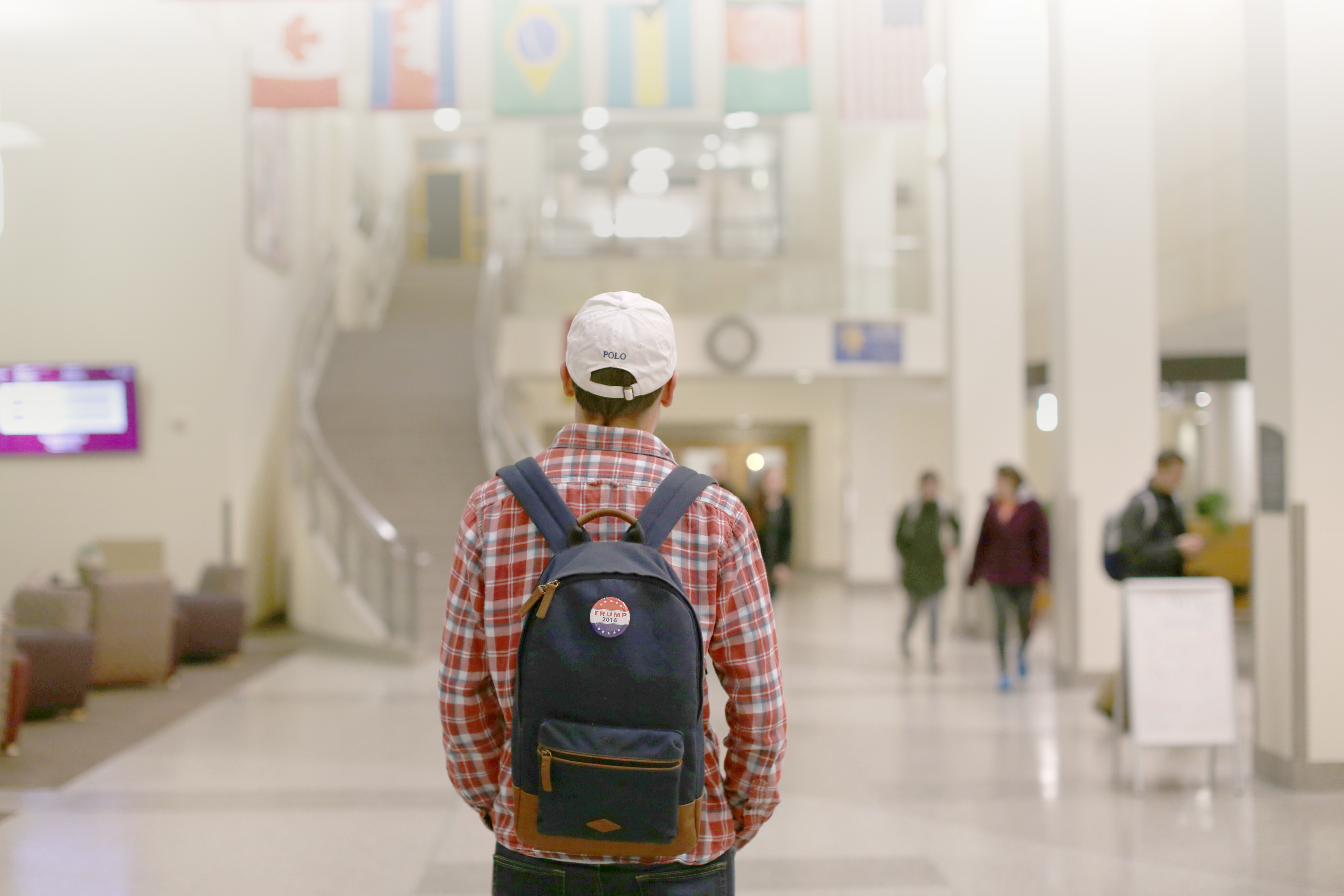 Student Republicans speak to their political experiences on campus

A survey demonstrated that a little over a third of the student body voted for Donald Trump, yet public republicans say they feel as if they have a target on their backs.

According to the Political Science Cobber Political Values Default Report, 65.58 percent said they identify themselves as liberal while 34.42 percent identify as conservative.

The survey also exhibited that 58.57 percent planned to vote for Hillary Clinton, 20.97 percent for Donald Trump, 14.64 for Gary Johnson and 5.82 percent for Jill Stein.

Six hundred thirty-one students participated in the survey, the majority being seniors, females and humanities majors.

While one-third of campus voted for Trump, the public republicans are taking the heat of the election results. Brayden Drevlow, president of Young Americans for Liberty, said it’s too scary to be an outspoken republican on campus, especially after the election.

“They’re not necessarily mad at me,” Drevlow continued. “I’m the only outlet to that frustration. It’s reasons like that that make it so difficult to be a republican on this campus.”

“I had a Trump button on my backpack and someone said to me, ‘Wow, you must be a racist,’” Renner said. “It’s claims like that that are so ridiculous, so un-based in truth or evidence or fact. For people who do call me a racist, I say, ‘Show me some proof of me morally acting racist.’ I don’t, and I don’t think anyone in the republican party does and if they do, they don’t believe in true republican principles.”

Brooke Maruska, member of CR and YAF, said friends even poked at their conservative peers.

“Some of my closest friends called me out saying, ‘You’re a republican and you don’t believe in abortion and you are a Trump supporter and you’re horrible and you’re racist and going on and on,” Maruska said. “I was like, ‘Did you even take a second to ask me who I was supporting or what I believed in?’ because they didn’t.”

“As a presidential candidate, I never supported the ideals of Donald Trump, ever,” Nuhring said. “I think as an open, right-leaning individual on campus, it was automatically assumed that this individual [Trump] had my full, unwavering support which is untrue. Now post-election, I can comfortably say that I voted for Gary Johnson only because I felt that it was a moral obligation of myself to vote third-party because I did not believe in any of the ideals of the main left and main right candidate.”

When Trump became the republican candidate, Renner felt the viewpoints of Trump fall onto conservatives.

While not all conservatives supported Trump, they have felt backlash from more than just their peers. Maruska has experienced times where she felt that she could not share her opinions in class.

“As a science major, political discussions don’t come up much since they’re based on fact,” Maruska said. “I did take a history class and I felt like it attacked on every conservative principle known to man. I did not say anything in that class because I felt like if I did, I would be attacked at every angle – professor, students, everything. That was extremely uncomfortable.”

Although not all conservatives supported Trump, they do support him now for the best of the country, according to Nuhring.

“He is our president and no matter what you believe, what you think, what your political stance is, you need to be in support of our president,” Nuhring. “You don’t need to like him. It is to our benefit and our country’s benefit for Trump to do well in office.”

To learn more about conservative values, students can participate in a story exchange on Jan. 19 and 22, an event where students and faculty can utilize stories to help increase their understanding of another’s position.

“Some of my favorite conversations are with these individuals [liberals], hands down,” Nuhring said. “At the end of the day, one of the beauties of our democracy of the United States of America is that we can have opinions and we can openly discuss these in public spaces, in private spaces, wherever, we can have these conversations and have the meeting of the minds where we discuss different topics, different issues in society today and I think that this is one of the most satisfying and rewarding conversation anyone can have in the political structure.”

Drevlow suggests coming to a YAF meeting, which is opened to anyone of any political ideology.

“We have many members of our group that don’t fit the mold 100 percent and you shouldn’t,” Drevlow said. “It’s really a great thing.”

Nuhring is also working with Dr. Kenneth Foster, advisor of Student Environmental Alliance, to host a session where people discuss the possibilities of the conservative side becoming more open to earth-friendly policies.