From Concordia to South Africa and back

By: Katie Beedy
In: People, Variety
Tagged: ELCA, Leiseth, Minister for Faith and Spirituality in Action, Young Adults in Global Mission
With: 0 Comments 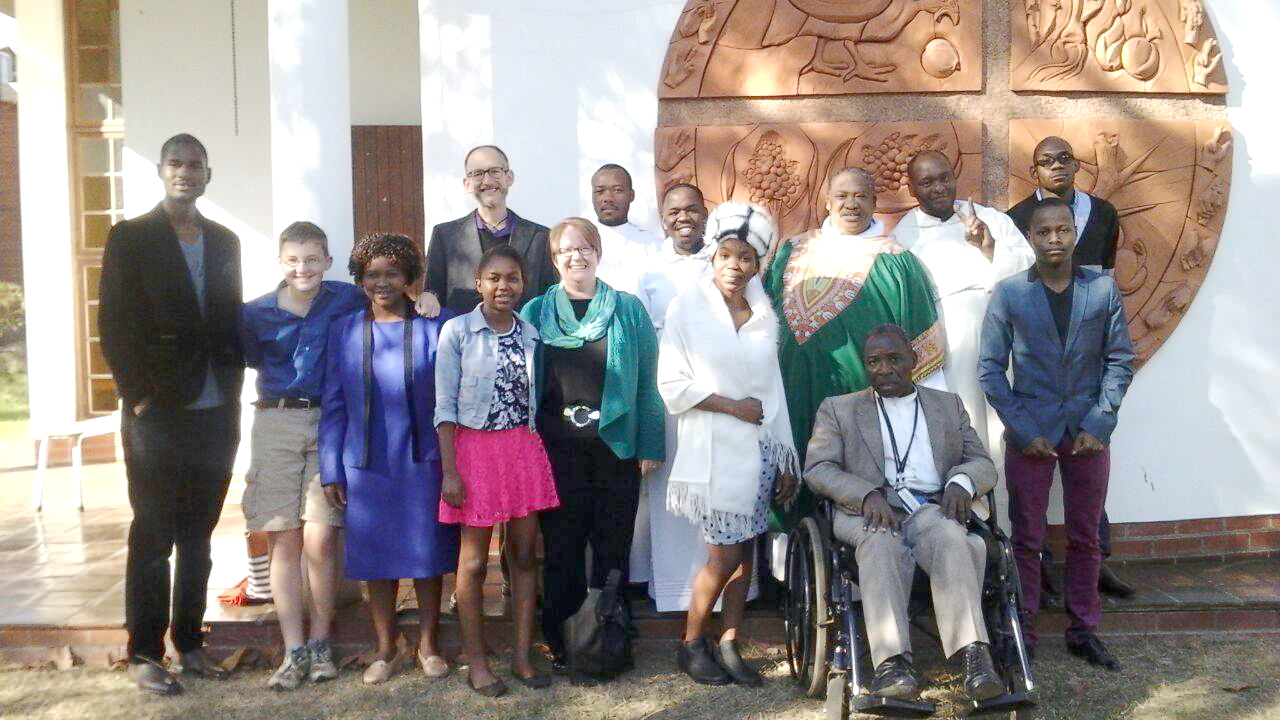 The journey of Jon Leiseth, Minister for Faith and Spirituality in Action

Jon Leiseth’s first voyage into South African culture came not by plane or boat, but by the words of playwright Athol Fugard.

Fugard is internationally renowned for his depictions of life in apartheid South Africa. When Leiseth was first handed one of Fugard’s plays by a teacher as a high school student in Buffalo, Minn., he became enthralled by the distant world. Leiseth’s relationship with Fugard and South Africa continued into his years as a student at Concordia, where he did a major project on the playwright’s works.

“The plays of Athol Fugard let the world know what life was like in apartheid South Africa,” he said. “I spent a lot of time with that writer’s words and characters and stories. They were very important, very formational for me.”

Leiseth returned to Concordia after graduation, first as theatre faculty, then as a vocation associate in the Office of Ministry. Now Leiseth is returning in a new role, Minister for Faith and Spirituality in Action, after spending four years in the country that he once read so much about.

Leiseth’s wife, Tessa Moon Leiseth, served as campus pastor at Concordia for four years. When Tessa saw online that the Evangelical Lutheran Church in America was hiring country coordinators for the Young Adults in Global Mission program in 2011, the two lept at the opportunity.

“Our family joke is that whenever we’re going to have a major life change, my wife goes online,” Leiseth said.

The Leiseths originally applied for a position in Central Europe, but in the midst of that process, the folks at ELCA Churchwide asked them if they would be interested in the Southern Africa program. Because of his lifelong interest in South African culture, Jon immediately expressed interest; Tessa, whose mother had terminal brain cancer, was a bit more hesitant. However, it was not long before Tessa, too, said a profound “yes.”

The two were accepted for the position, with Tessa to serve as country coordinator and Jon as associate country coordinator. In the summer of 2011, Jon and Tessa packed up their Minnesotan lives, including their two children Isaac and Sophia, (then nine and seven), respectively. They landed in the provincial capital of Pietermaritzburg, South Africa with high hopes.

“We had never lived outside of the United States,” Jon said. “We hoped to soak up that new experience, to live in a new culture, to live in a new country, to live on a new continent, to be with new people who were doing things in ways that were different that what we were used to. To be changed.”

YAGM gives students from the United States the opportunity to do a year of voluntary service and ministry abroad. As country coordinator, Tessa’s role was to accompany students as they adapted to their new country. She planned retreats, went on site visits, and coordinated work assignments, housing and meal allowances. Associate country coordinators have more freedom in what they choose to do; for Jon, that choice was inspired by his work in vocation at Concordia.

Jon used his background in vocation to design and facilitate short retreats around vocational reflection and discernment. Unlike traditional YAGM retreats, which take place in large group settings, these only consisted of two or three YAGM at a time.

In addition to guiding students in their time abroad, Jon and Tessa also had to fulfill the responsibilities that come with being a family in global mission.

“We were all called into this work, so tending to family business, in a way, was part of our job,” Jon said. “Tessa was on the road traveling to find new communities that might be interested in hosting a YAGM, or maybe she was doing site visits, but she was on the road. I would be the ‘lead parent’ more than she was because she travelled more than I did.”

Isaac and Sophia, now 13 and 7, will return to the States in December after finishing the South African school year. Tessa will visit for two weeks around Christmas before returning to South Africa to continue her work.

Jon has been back for a few months now, and is working to balance the demands of American life with the lessons he learned during his time in South Africa. As Minister for Faith and Spirituality in Action, a brand new position on campus, Leiseth works at the intersection of faith and community engagement. This involves making connections with athletic teams, offering pastoral care and counseling, and listening to the needs of the community and finding the ways to best meet them.

One lesson which Leiseth learned in South Africa and which continues to influence his work is the importance of always putting relationships first.

Returning to America after spending four years in South Africa has also opened Leiseth’s eyes to the effects of living in a culture which emphasizes productivity, timeliness, and over-involvement.

“I am really aware of how anxious, busy, overwhelmed, and tapped out members of the Concordia community are,” he said. “To me, having been in a different place with different people living differently, it’s palpable. There, frankly, I think we have a lot we could learn from our South African brothers and sisters.”

Bringing awareness to this burn-out, as well as ways to remedy it, is one of Leiseth’s priorities as Minister for Faith and Spirituality and Action. Senior Michael Janning, who serves as co-commissioner for Campus Ministry Commission and works closely with Leiseth, said that this new insight has already helped him personally.

“I‘ve gotten a lot of tips from him, and I’m a high-stress person, so that’s really helped me,” Janning said. “He’s really trying to start bringing this awareness to campus of how stressed we really are and how we need to see that and take time for ourselves.”

Dr. Elna Solvang of the religion department, who interacted with Leiseth in his previous positions at Concordia and served on the call committee which selected him for this new position, believes that Leiseth’s experiences abroad will be of benefit to both him and the Concordia community as a whole.

“Not all conversations about faith take place in worship or in bible study,” Solvang said. “We see the campus as having many locations where these conversations occur, and so we created this position that is designed to move among, and in collaboration with, more of those centers of conversation. …[Leiseth] has the ability to see Concordia literally from a distance and help us see ourselves. I think that’s a tremendous gift.”

Before seeing South Africa first hand, Leiseth’s only image of the country came from the plays of Athol Fugard. Now he summarizes his experiences with the words of an English writer, Emily Brontë, who penned in the classic novel “Wuthering Heights”:

“I’ve dreamt in my life dreams that have stayed with me ever after, and changed my ideas: they’ve gone through and through me, like wine through water.”

“South Africa has gone through me like wine through water,” Leiseth said.

Katie Beedy ('18) is co-Editor-in-Chief of the Concordian. She is majoring in multimedia journalism and communication studies. Her work has been featured by Emerging Prairie, where she interned in the summer of 2016, and at concordiacollege.edu/blog.

2016-12-01
Previous Post: Phat Kat Antiques & Vinyl
Next Post: A magical review on ‘Fantastic Beasts and Where to Find Them’