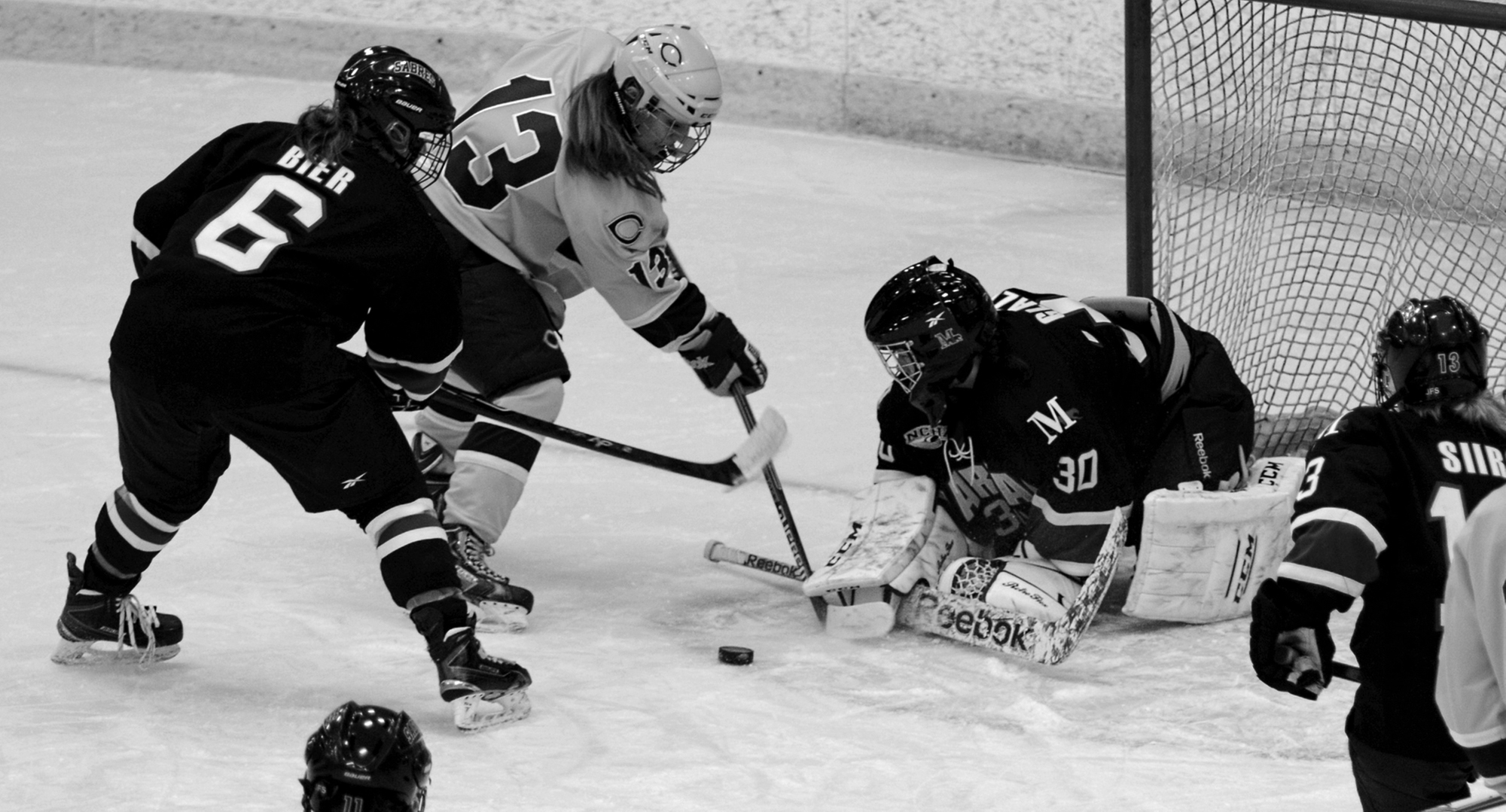 With a record of 5-2-1, the Cobber Women’s hockey team is off to their best eight game start in five years. The team, composed of both a strong senior and freshman class, is looking to make history by delivering the school its first conference title in women’s ice hockey.

The head coach, Jason Gregoire, believes that this year’s squad has the ability to deliver the program its first conference championship.

“I think it’s the best team Concordia has had here, they work so hard, they get along really well together, and there’s talent,” said Gregoire, “we’re deep, we have three lines that are really dangerous and at Concordia we’ve had good players and we’ve had good lines but never the depth; we have the depth this year.”

The depth that Gregoire talks about is, in part, due to the addition of a strong freshman class. The team brought in 12 freshman this year which is a larger class than they usually bring in. Among the 12 freshman, seven are already playing meaningful minutes and five have recorded points.

Although the freshmen are producing, Gregoire makes it clear that his group of seven seniors are the reason why they are successful. In fact, the top three scorers thus far are seniors.

Ellen Rethwisch, one of the seven seniors and an assistant captain, is second on the team in scoring. Rethwisch is enjoying the season so far but early season individual and team accomplishments are not the only sources of her enjoyment.

“It’s still early in the year, but this has already been my all-time favorite season of hockey. Of course, there is a lot that goes into success, but I think our biggest strength is our team dynamic,” said Rethwisch. “We certainly have a lot of skilled players, but more importantly we support each other and try to have a positive mindset no matter what.”

The team’s cohesiveness will be important as they get further into the season. There are only three non conference games remaining on the schedule and the team will only play four home games until February.

Rethwisch knows that it’s important for the team not to dwell on the past.

“We’re trying to focus more on what’s ahead since we play some tough teams after winter break, said Rethwisch. “I think the key t our future success is to continue t come to practice ready to work hard and improve — not to just go through the motions. So far I’m confident i our team’s ability, and I’m excited t see what we can do.”

The Cobbers next game will b at home on Dec. 2 against Saint Mary’s.