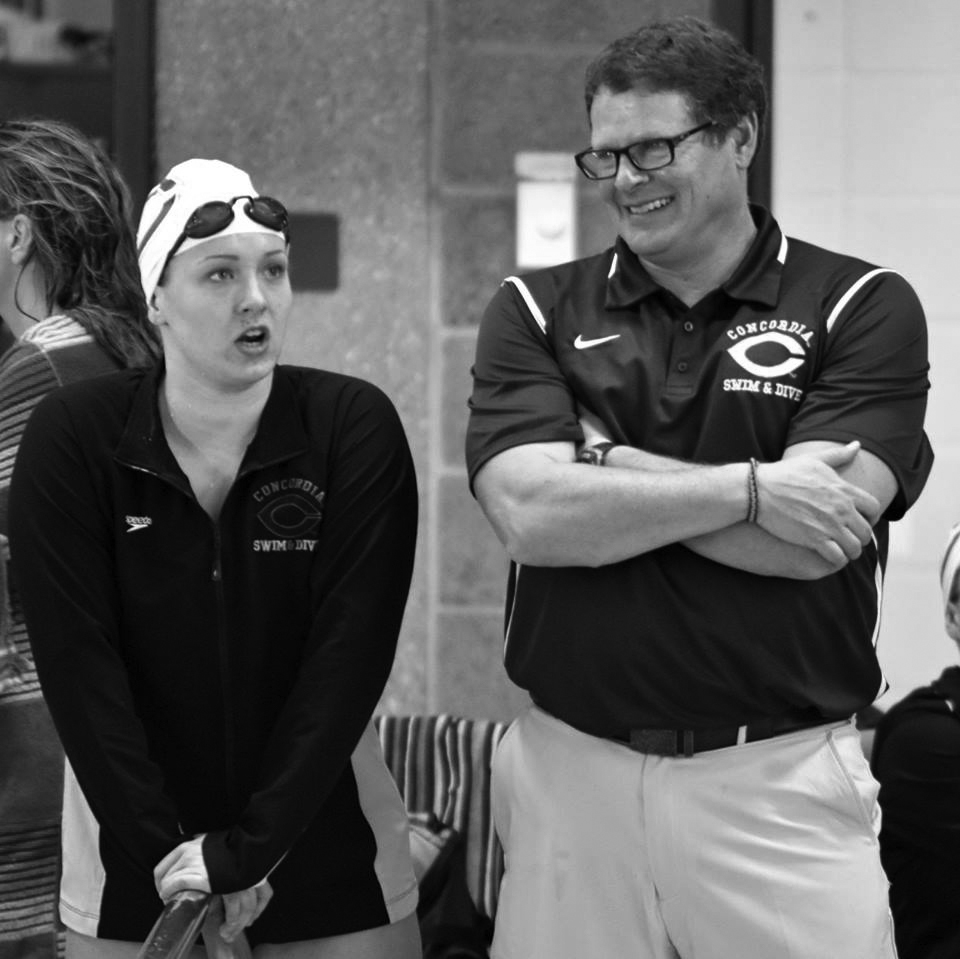 Like a fair amount of other Cobber teams this academic season, the women’s swimming and diving team is working through their season with a new head coach. Although the transition from one coach to the other was not as drastic as some of the other sports teams’ transitions seeing as the new swimming and diving coach, Gary Fisher was the assistant last year. According to senior Libby Hardwick, that made the transition between coaches a little easier.

“He was already familiar with the team and how we had practice last year which made for a pretty smooth transition,” Hardwick said. “Gary has worked hard to keep some of the team traditions from last year while still applying his own coaching style.”

The fact that Fisher has already been accustom to the team and the atmosphere of the swimming and diving program has aided in the transition for the team as a whole, the seniors are used to this after four years in the program.

“For all of the seniors, this is their third coach since freshman year,” senior Abbey Benson said. “We are getting pretty used to the transition of having a new coach by now.”

Similar to Benson, Hardwick felt accustom to change, but that maybe this time around it might be a little different of a change than they are used to.

“Given that Gary was the assistant coach last year, I think some of the hopes and expectations of the team was that it wouldn’t be drastically different than last year but still knowing that it would be a new season,” Hardwick said.

The swimming and diving didn’t know exactly what would happen when previous head coach Talia Butery left, but they did have some expectations.

“Before we knew who the coach was going to be, we wanted someone who could stick around and really work on building the team,” Benson said. “We are one of the smaller teams in the MIAC, so we felt it was important that the new coach could grow the team, while also helping the team move up in the MIAC.”

For the team it was important that the coach met some of their expectations and criteria they had for the new coach. One of those was consistence.

“With the number of transitions that happened in the previous years, I felt that Concordia needed to be very careful decision makers and be careful to make any hasty decisions,” Benson said.

Another important factor for Benson when talking about expectations for the new coach was the ability to be flexible with the team.

“A lot of us have super busy schedules, and so far Gary has been good with accommodating for that,” Benson said. “He holds options for practices in the mornings and the afternoons, as well as having additional dryland workouts.”

During the off-season the team was without a coach, but that didn’t hinder the preparation for next season.

“During off-season, I would do my best to be in the pool as much as I could to prepare for fall,” Hardwick said.

And according to Benson, she feels the same about the rest of the team.

“We were really encouraged to get in the water before the season, and I think a lot of the team did,” Benson said. “I also know a lot of us did a lot of dryland.”

The team is now a couple meets in and looking to make Fisher proud and show off all their off-season preparations. The swim and dive team recently competed at the University of Mary and couldn’t manage to pull the “W.” The swimming and diving team is now taking a little time to recollect after the

first half of the season and will come out full State University Moorhead after winter break, bore and compete in a meet at Minnesota Jan. 13-14.