Hemmingsen to take the lead at end of basketball season

By: Aubrie Odegaard
In: College, Sports, Winter
Tagged: Basketball, men, new coach, Retirement, second half of the season
With: 0 Comments 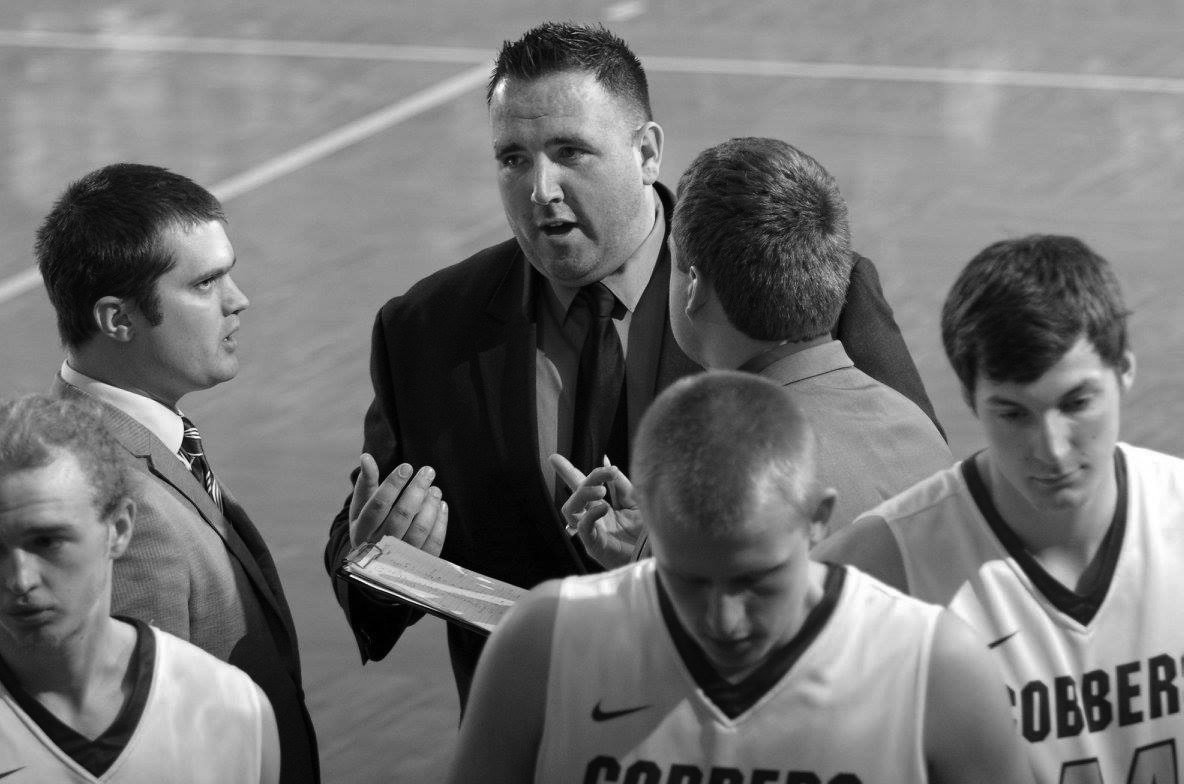 Transition points in a season can be difficult, and the men’s basketball team is currently transitioning from winter break into the the second half of the season. While finding momentum into the second half can be tolling, this year’s team is dealing with a new transition they’re not used to: current head coach Rich Glas retiring at the end of this season.

The news of the retirement came on Dec. 19, as did the news that current assistant coach Grant Hemmingsen will be taking his place, but as for now, the team is focusing on the current season at hand.

“Nothing has changed in games or practices,” said junior Austin Rund. “Coach Glas is doing what he has always done and Coach Grant [is doing] the same. We are all enjoying this last ride with Coach Glas.”

While the team may be continuing on as normal, the news of a coach leaving has caused mixed feelings.

“It is always tough for a respectable coach to retire,” Rund said. “The team was disheartened right away.”

According to senior Austin Nelson, the team wants Glas’s last ride to be a good one.

“Everyone kind of rallied behind him,” Nelson said. “We want him to have a winning season and go out on the right note. … We want to do that for him.”

While everyone is trying to enjoy one last season with Glas, there is anticipation in the air to see what Hemmingsen can do.

Hemmingsen is not coming into the head coaching spot with just four years of assistant coaching experience at Concordia; he also has a long history with the game.

According to Hemmingsen, basketball has been a part of his family for as long as he can remember. His mother was his first coach back in his younger years. When he hit middle school, his dad took over as his coach. Now, Hemmingsen and his brothers are all in the coaching field, and for Hemmingsen, it is all he could have wanted.

“It’s a dream of mine to be a head coach and to be this young and have this opportunity is pretty crazy,”

Hemmingsen said. “Never in my wildest dreams did I think I would be a head coach of [any] MIAC school, let alone Concordia.”

Hemmingsen is no stranger to the MIAC conference. During his college years, he attended and played basketball at Augsburg College near the cities. Not only does Hemmingsen know what it takes to compete at the MIAC level, he knows what it takes to coach at a high-end division II level. According to

Hemmingsen, he spent some time as an assistant coach down in Kentucky at one of the all-time most winning programs in division II basketball. The team has won eight national championships.

While Hemmingsen received some tremendous experience during his time in Kentucky, to him, there is no place like Minnesota. When Hemmingsen heard through the grapevine that Glas was looking for an assistant coach that had experience in the MIAC, he jumped at the opportunity. One thing led to another, and Hemmingsen is here.

“It’s one of the best division III conferences in the country,” Hemmingsen said. “I got the opportunity to be here and it has literally changed my life. It’s been the best decision of my life to be a part of Concordia.”

One of Hemmingsen’s favorite things about coaching division III basketball is the player-coach relationships he has developed through the years.

“I take a lot of pride [in] being connected to every kid that has walked out of our program,” Hemmingsen said. “Even the guys that retired – that didn’t play a full four years for us – there are still connections there because of that open door policy that I have with my players. It’s not just about basketball. It’s about life, and the game puts us in that relationship.”

One thing that Hemmingsen keeps in the back of his mind as a coach are some words of advice from his father.

“I think at the end of the day my dad gave me the best advice. ‘You will be successful in coaching when you see one of your players ten years from now and they cross the street to shake your hand and introduce you to their wife and their kids’,” Hemmingsen said. “And I’m starting to see some of that as I’ve been around coaching for a little bit.”

While it may have been an adjustment at first, according to some of the team, the excitement that Hemmingsen has for a new beginning is mirrored by his players.

“Finding out Coach Grant is the new head coach brought a lot of excitement for the younger guys,” Nelson said. “They realize it’s going to be a new program and [they’ll] get a different flavor and they know that Coach Grant is very passionate about Concordia. He is going to bring a lot of effort and dedication.”

Similar to Nelson, Rund, who will return for Hemmingsen’s first season as head coach, has just as much anticipation for next season.

“I’m excited for the team that we will become next season and the challenges we will face together,” Rund said. “Coach Grant brings the energy and intensity everyday. I’m excited to see how he will transfer this from an assistant position to a head coaching position.”

It’s the start of something new for the men’s basketball program, and Hemmingsen doesn’t plan on goinganywhere.

“I’ve said through the process of getting hired here, this is somewhere I want to stay,” Hemmingsen said. “It’s not a stepping stone job. I’m dialed in for the long haul. … This is just a good place and it’s home now.”