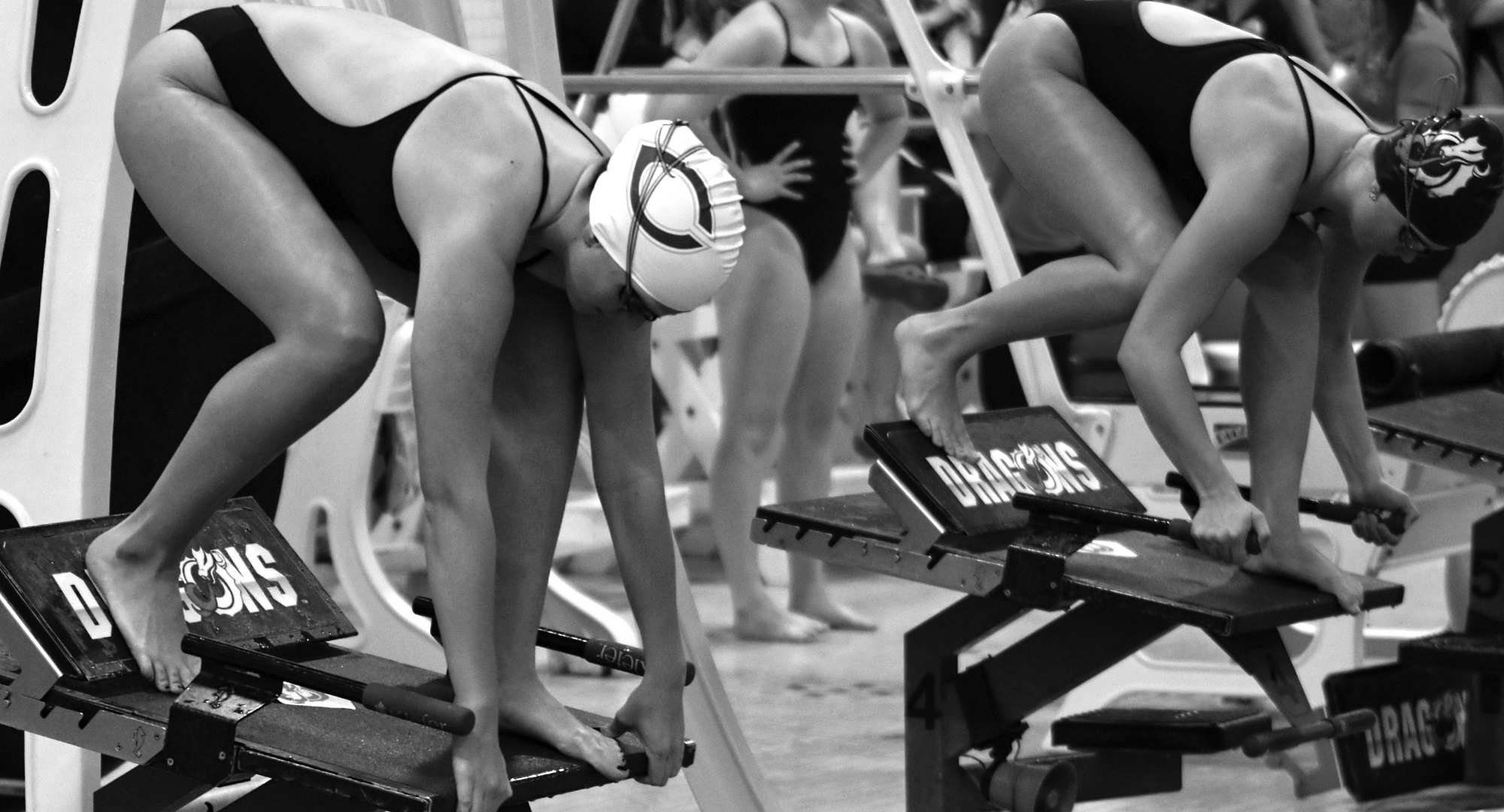 The women’s swim team participated in their first meet in nearly two months, ending with six top-10 finishes and one swimmer finding her way into the top 15 in the MIAC conference.

The two-day meet, which was hosted by MSUM on Jan. 14 and 15, included four D2 colleges and two D3 colleges.

Coach Gary Fisher said it was good for the women to get back into competition mode, especially against D2 colleges after a long break.

“That’s the longest I’ve ever gone coaching without having a meet,” Fisher said. “Four of the five schools were D2. You can get some really good races [against D2]. … It’s learning how to compete against a school that’s a step up.”

The girls had several successful races. Sophomore Ciara White pulled in a top-10 finish for the Cobbers and placed fourth in the 200-yard breaststroke, which advanced her to top 15 in the MIAC.

“That was my best time all season,” White said. “It’s exciting and a good predictor for the conference meet. The top 16 move on to finals after prelim.”

White was not the only one who had a successful meet. She said all of her teammates swam hard and did well despite a sixth place team finish.

“We all had good times,” White said. “The way I look at it, I don’t just focus on trying to win the meet. … If you have a good race, it might not equate to the total outcome at the end. My coach said it’s hard to have a goal to win a meet or two in this many meets, because we can have a good swim and the results might not show.”

“As Gary says, you’re racing yourself,” Nelson said. “It’s a really healthy mindset.” Since the meet, the women’s team participated in their final home meet this past weekend and recognized their senior swimmers. After this season, the team will graduate seven seniors, leaving them with a mere six members. Fisher is currently working on recruiting members.

“I really had to work with admissions on recruiting hard,” Fisher said. “A lot of it is convincing [prospects] that they can handle the academics and sport.”

At this moment, four freshmen and one transfer student have committed. Two more are needed to replace the graduates. While this is on many of the swimmers’ minds, for now, they are concentrating on the remainder of the season.

The team has two more meets to prepare for conference and they are expecting improvement and big outcomes at conference.

“Quite a few records were broken at conference last year, and I think it’s reasonable to say some will be broken this year,” Nelson said.