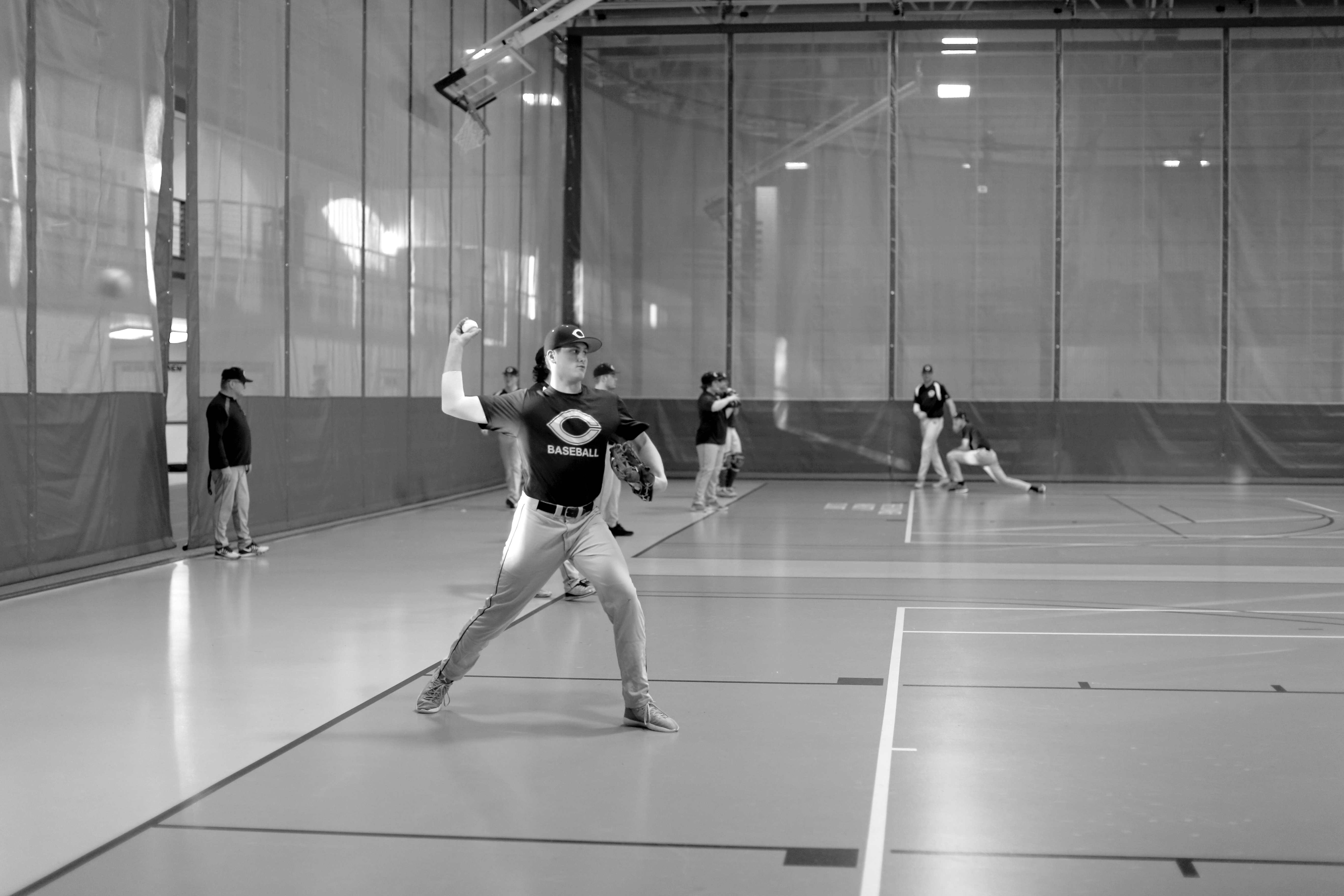 The Cobbers baseball team is only on its second week of practice but things are already starting to sharpen up.

The team is coming off of an 11-9 conference record and 21-18 overall record in 2016. Eleven wins was not quite good enough for the postseason as the Cobbers finished fifth in the conference standings and only the top four teams make the conference tournament.

The Cobbers are not willing to settle with fifth. Their players and coaching staff maintain that the top of the conference is where the team wants to be by the end of the season. However, head coach Chris Coste realizes that the team has to answer some question marks heading into a season in which the Cobbers return only two of their starting position players from last year’s squad.

At the college level, rosters are turning over all the time. The one thing that allows teams to rebound from the constant loss of talent and experience is a competitive environment. Coste’s team is no different.

With a lot of open spots to fill in the lineup, players lacking a lot of starting experience are going to have to step up. Sophomore Alec Sames is one of the young players who looks to have an expanded role this year. Last year, Sames made six appearances with the varsity squad, but this year will be one of the team’s starting catchers. Sames gives credit to last year’s senior catchers for showing him the way.

“I thank Tim [Carlson] and [Jordan] Dom[ine] for everything,” Sames said. “They showed me the ropes of the Concordia baseball program.”

Despite the team’s lack of experience, Sames has his eyes on winning a championship for the first time in his baseball career.

“I’m most looking forward to winning,” Sames said. “I think we’re a really young, talented team and we just need to stay committed to each other. We’ll definitely get some wins.”

One of the two position players returning is first baseman, junior Turner Storm. Storm had the highest batting average, .390, on last year’s team among players with over 100 at bats. Storm thinks putting the ball in play is something that could help the team this season.

“Last year we struck out a lot, but this year I think we’re going to be able to put the ball in play a little bit more,” Storm said. “We can play a little more small ball. I think bunting and stealing will help us score more runs.”

Due to cold weather, the team will be practicing in Olson Forum until the snow melts. Coste does not believe that the lack of a playing field in the winter months will hold the team back.

“The Olson Forum lets us prepare for everything but fly balls,” Coste said. “The infielders get a ton of ground balls, all the hitters get a ton of swings and pitchers get to pitch, but as a team, our biggest challenge is getting our outfielders enough work.”

The Olson Forum may not hold the team back but assistant coach Bucky Burgau believes that it does hinder early season evaluations because players cannot see the full extent of another player’s instincts.

“It’s tough because you can’t see them on the field,” Burgau said. “You can see the physical stuff but we talk a lot about having a nose for the game.”

The coaches will get their first chance to evaluate their players instincts on Feb. 25 when the team takes on William Penn at US Banks Stadium. After the game, the team will makes its annual trip to Florida for spring training to hone their skills.