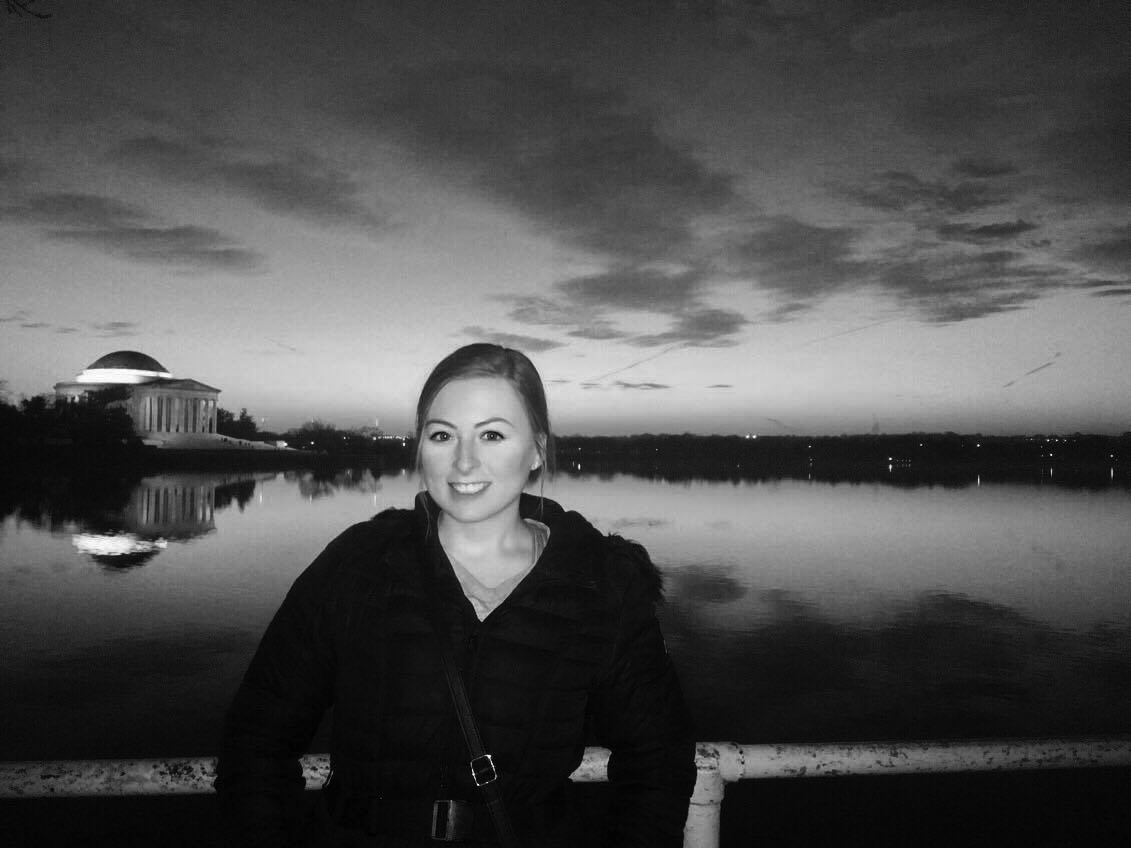 Spain, Greece, India, Norway and Tanzania are just a few of the places students can go to study away at Concordia College. However, instead of traveling outside of the country, Bailey Hovland ’18 decided to study away in Washington D.C.

While many Concordia students choose to study away during college, it is a unique opportunity to be able to spend a semester taking classes and interning in Washington D.C. during one of the most politically charged election seasons to date.

“[Studying] abroad seems like a lot of fun and you get to learn about other cultures. I didn’t necessarily get to do that, but I studied my country and I understood my country better than I ever have before. Instead of looking outside in, I was looking inside out.”

Hovland was able to experience D.C. through the Lutheran College Washington Semester (LCWS). According to Political Science Professor and Faculty Adviser for the program, Rebecca Moore, LCWS is a selective program that has room for only 50 students from 13 different Lutheran colleges per semester.

“Students who participate take a couple of classes on site, but the focus is really an internship program,” Moore said.

Because each student has to find their own internship, all attendees experiences are unique. Hovland recalls submitting applications to many places, but Feminist Majority Foundation was the internship that contacted her immediately after her interview. Hanging up the phone, Hovland remembers thinking, “Oh my God, did I just get a job?”

A feminist well before her time with Feminist Majority, Hovland didn’t quite know what to expect from the internship. Upon arrival, she was met with a fabulous, diverse group of women all in support of the same goal. Hovland was excited to “see women from very diverse backgrounds come together to work for one cause.”

“Every time I had a conversation with her, I learned something new,” Hovland said.

Over the course of the semester-long internship, Hovland went above and beyond the typical coffee-supplying intern. She was given a lot of freedom, including self-proposed blog topics. She contributed 13 plus stories for Feminist Majority blogs, including events such as law changes in Pakistan, dealings with the Obama Administration and campaigns im- portant to the organization. Being informed on current events, as well as doing a great deal of research for each article written, Hovland felt like part of the team.

“The amount of trust that they put in me made it so that I didn’t feel like I was an intern, I felt respected and like I was one of them,” Hovland said. “My boss insinuated that if I was ever back in D.C. I could probably look for a job there.”

It was with her coworkers that Hovland experienced the 2016 presidential election, throughout the work day as well as an election party hosted at night. As the day wore on, the Feminist Majority office was in a frenzy, making preparations for the night’s outcome.

“On the day of the election I called almost 200 people to make sure they were going, that they were voting,” Hovland said. A sense of foreboding followed her around like a dark cloud the entire day, prompting her to make calls to her family back home.

“I called my brother just to make sure he was voting for Hillary,” Hovland said.

As the party got started that evening, excited babbling filled the air, news stations on in the background waiting for the votes to roll in. The Feminist Majority employees, volunteers, and interns were ready and expectant to see the states on the screen light up blue. However, as the night progressed, and more states lit up red than blue, the mood kept negatively shifting and tension started to rise.

“I remember Pennsylvania going by, and I remember Minnesota not being called for the longest time which I was getting anxious about, because A) home state and B) Minnesota is not republican,” Hovland said.

After numerous red flashes, reminding her of Trump’s impending success, Hovland notes that she went back to her apartment and saw some friends, whose faces matched hers in stunned horror.

“As a child, you’re preached to as an image of America as a place that welcomes everyone, accepts everyone, and that takes everyone into consideration.” Hovland said. “So, the fact that it seemed to all have shattered overnight was something I had never experienced before and I had never anticipated that experience.”

She recalls this day as the one she will never forget from her time in Washington D.C., the most poignant.

Hovland’s time in D.C. made her realize that women’s politics and rights are her passion, her path in life. The past semester in Washington D.C. has even encouraged Hovland to consider running for office, as she believes there is a need for “younger people and more representation for women, and someone has to do it.”

Even though Hovland didn’t experience a semester in another country surrounded by a different culture, she was immersed in a city and a time where politics has rarely been as divided as they are today. For a young, feminist, upper-Minnesotan Cobber, that’s a pretty big deal.

“I need to be active in the world that I live in and not just on a small scale.” Hovland said. “I need to use my passion, my life, and my time to better the lives of not only myself but also others.”

2017-02-23
Previous Post: Trump orders cause paper shortage at the White House
Next Post: Letter to the Editor: Emalie Kleinsasser