Moorhead comes together to revive downtown 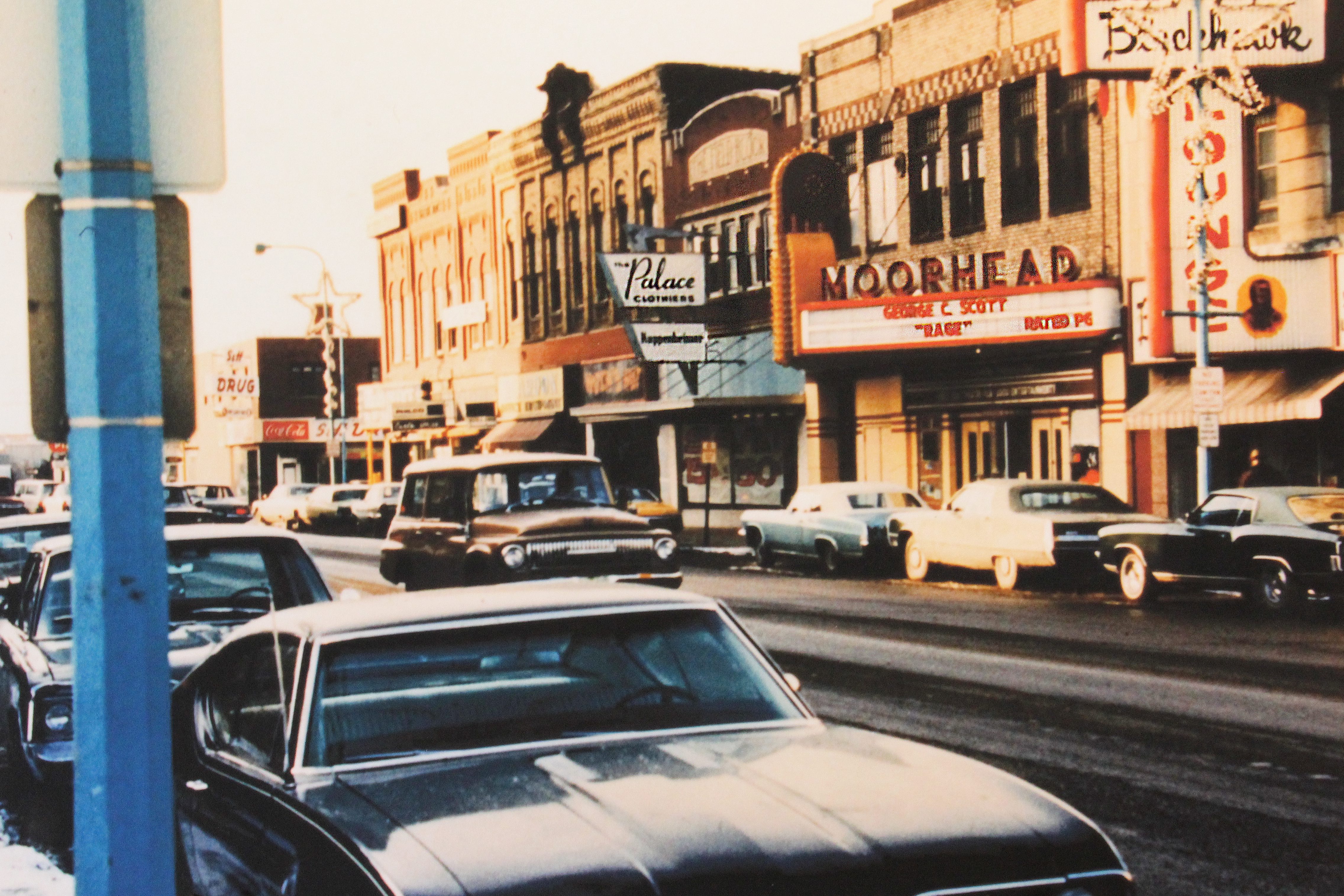 BY KATELYN KASELLA AND KALEY SIEVERT

At the Rourke Art Gallery and Museum in Moorhead, an old photograph that few are familiar with is on display. The photo features a large movie theatre and many shops side by side along a lit up, neatly paved street that is bustling with people.

“This used to be downtown Moorhead,” President Craft said, waving towards the photo.

An effort to renovate downtown Moorhead is in full effect as community leaders came together Feb. 16 at the Rourke Art Gallery and Museum and publicly announced a three year plan to revitalize the area.

The flourishing downtown pictured at the event, which was located on Center Avenue, was destroyed in the 1970s when the federal government essentially removed the old buildings with intentions of renovation.

“This downtown was tremendously vibrant 40 years ago. These photographs show a downtown that was teeming with activity,” said Dave Anderson, the first director of Downtown Community Partnership, which worked on renovating downtown Fargo. “We cleared our downtown like oak grove forest and now it is time to do some planting to try and reestablish that forest.”

While attempts at renovation were made, the type of downtown that Moorhead once had was never successfully established. Anderson said that the demand for a nice downtown area has been shown over the years and now, investors have stepped up to fulfill the demand.

So far, half of a million dollars has been raised from 28 investors to fund the renovation through a non-profit organization they have yet to name. The next step is to hire an executive director to oversee the project, and with that step and every other, community involvement is needed.

Anderson worked on renovating downtown Fargo from 2000 to 2010 and said that the dream of the renovation began in the community and the community will play a key component in how the Moorhead renovation plays out.

Anderson explained that the first investors in the downtown Fargo renovation were local, and therefore truly cared about the community and how the changes would impact everyone.

“Out of that then came entrepreneurs and people who wanted to be a part of it,” Anderson said.

He stressed the same local involvement is important in Moorhead. Many decisions have yet to be made and input is welcome from everyone.

“That work will be very inclusive of anyone in the community that wants to come forward and participate in those conversations,” Anderson said. “Everyone gets the chance to come in and say…this is what I like and this is what I’d really like to see in my downtown.”

Community members, investors and college students will have a chance to input what change they would like to see in upcoming meetings the renovation team leaders have planned. These meetings will consist of hanging maps of the city on walls and putting tissue paper over those where people can write and draw pictures what they want to see in their community. Community members will also have a chance to share and observe ideas through Twitter and Facebook after these social media pages have been created.

At the Rourke, white posters titled “What If” were already hung on the walls for community members and investors who came to the gathering to share ideas. One post-it note mentioned putting in parks with gardens and walking paths near the unsightly surroundings by the train tracks.

While downtown Fargo has set an example for Moorhead, both Anderson and Craft reiterated that Moorhead must have its own identity and unique attractions.

“Authenticity is key,” Craft said. “Moorhead is an educational community, an agricultural community, a community full entrepreneurial business people and the downtown needs to reflect that. It’s a matter of being true to who we are.”

Along with other investors, academic partners have been essential in this process. All three Moorhead college presidents have played a role in supporting the renovation efforts by working with business partners and community members.

According to Minnesota State President Peggy Kennedy, different ideas of how a revitalized downtown area could benefit college students have been discussed.

“We’ve talked about what if we had classes in the downtown area for urban planning and design,” Kennedy said. “What if it was a regional destination for shopping and dining and nightlife and the arts? College students like that kind of thing.”

While college students play a large role in Moorhead, the vision for downtown is that of a place for people of all ages.

Leaders in this project have high hopes and big dreams, and while a lot of questions remain, such as where exactly in Moorhead downtown will be located, they are excited to answer those questions together.