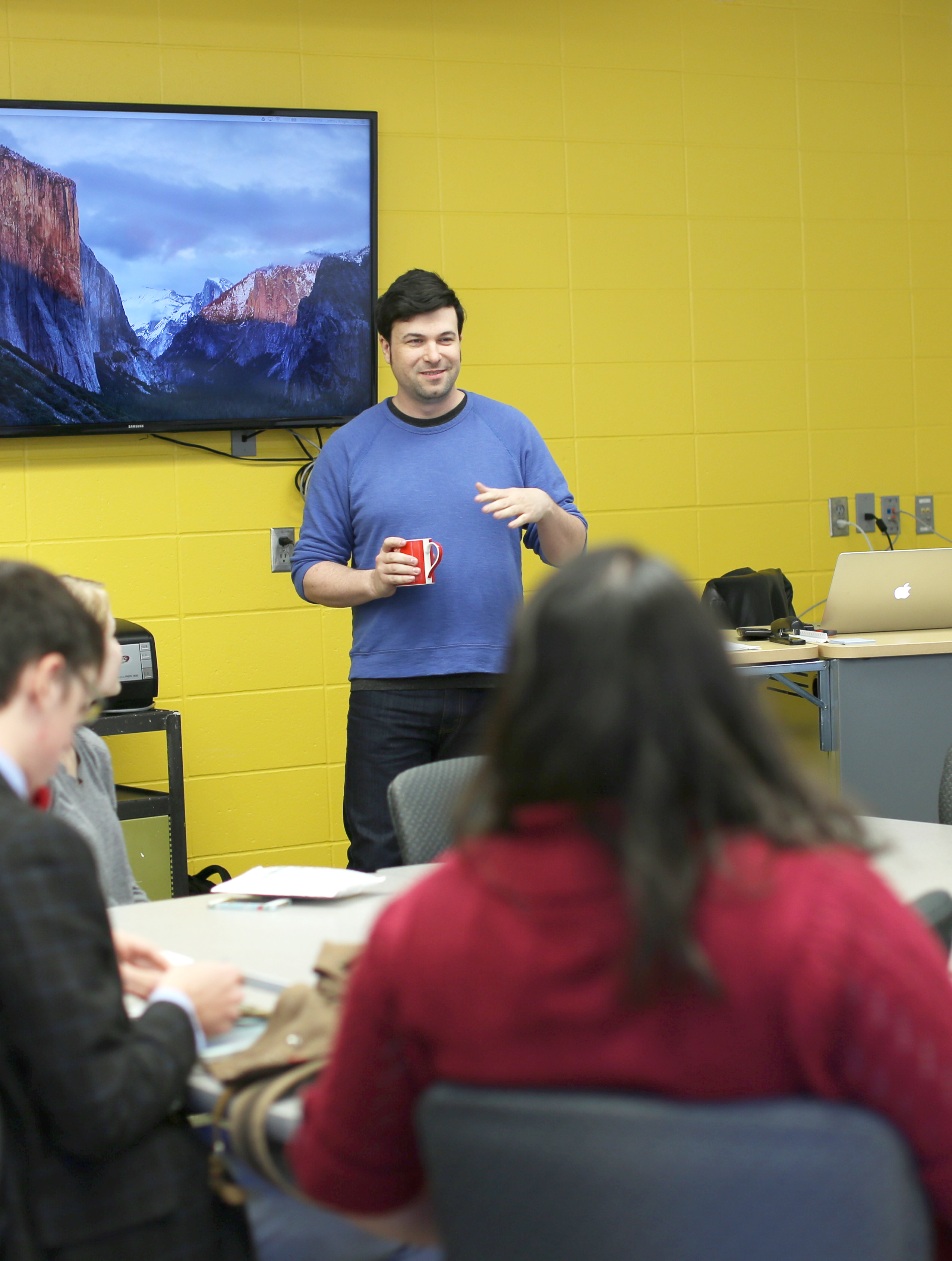 As this school year comes to a close, so does Graphic Design professor Jeff Knight’s time at Concordia.

“I’ve always loved Concordia. I still do,” Knight said. “I appreciate what I’ve been able to do here in advancing our graphic design department. I think our program is getting better all the time.”

After three years of teaching graphic design at Concordia College, Knight will be replaced by one of two graphic designers: fine artist, Lindsey Brammell, or new media artist Scott Conard. Knight is moving on to start his own design company with the help of the Arts Partnership.

According to Knight, the Fargo-based company, Cereal, will service small business and entrepreneurs as well as contribute to the world of design. He has hopes of launching Cereal on June 1. While Knight is excited about his newest venture into the world of graphic design, that doesn’t mean he won’t miss Concordia.

An ‘04 Concordia graduate, Knight said, “I feel like when I was a student I lived in Olin, because I was an art student. I’ll miss this building a lot, just because I spent so much time here. … I think Concordia is a great college, so I’ll miss the day-to-day stuff that you encounter here. … I don’t think it’s quite hit me yet, what I’ll miss, but I’m sure it’ll catch up to me as soon as I’m gone.”

When he came to Concordia in 2014, Knight became the school’s first professor who was also a practicing graphic designer. This, in turn, started to change the direction of the art program. Chair of the Art Department and Professor of Art History, Susan Lee, said that after losing both a painting and sculpting instructor, it was decided not to replace them, but to introduce a graphic designer instead.

During Knight’s time as a student, he was taught by David Boggs, a painting instructor and recent retiree. Knight said that since becoming a professor himself, he has brought his field experience into the classroom.

“I brought in more of a real world application of design … including a working knowledge of the graphic design field,” Knight said. “I’ve done freelance, in house, and agency work. Through all of that experience I was able to bring quite a bit of information to students in terms of what to prepare for and what the industry expects from new grads.”

This type of split program will continue to flourish with the new upcoming graphic design professor. After a search was conducted, Concordia chose two candidates for the position: Lindsey Brammell and Scott Conard. The official decision for who has the position has been reached but has not been released to the public yet. Knight doesn’t even know, but he believes it will be a fairly smooth transition for whichever candidate is chosen. Lee confirms that students will know in about three weeks.

“[The candidates] are both great people, both great teachers, so I don’t see any issues happening with whoever takes over the position after me. Whoever is in this position will really take the department and move forward,” Knight said.

Artist talks, hour-long sessions where Brammell and Conard told audience members about their work, were held March 8 and 9, respectively. Sophomore Christina Knutson, a graphic design major at Concordia, was an attendee for both artist talks.

While the two candidates have different artistic backgrounds and technique, both have a history of experience in academia.

“[Brammell and Conard] share the fact that they have been teaching graphic design in higher education for many years. Both have also had experience developing graphic design programs, and that is very important to [Concordia],” Lee said.

As leadership shifts in the coming year for graphic design at Concordia, some changes are to be expected in both teaching practice and department values.

“This new person will take over, reassess what is lacking and make adjustments to make the program even better,” Lee said.

With the change in professors, Knutson hopes to see more classes that pertain to graphic design and graphic arts, but that are more specific to one area (packaging, branding, typography etc.)

“Personally, I love having a professor that pushes their students to try harder and test their boundaries,” Knutson said.

Even though Knight is leaving Concordia, he does not plan to cut ties with the school.

“I’m sad to leave but I’m excited about this new thing that I’m going to be a part of,” Knight said. “It’s kind of bittersweet, but I’m hoping to still stay in touch with the department and the college. Hopefully I’ll be able to bring in Concordia students, at some point, with the stuff that I’m working on.”

2017-03-23
Previous Post: A woman’s worth is not determined by her breasts
Next Post: Student Juried Art Show displays an eclectic amount of artwork