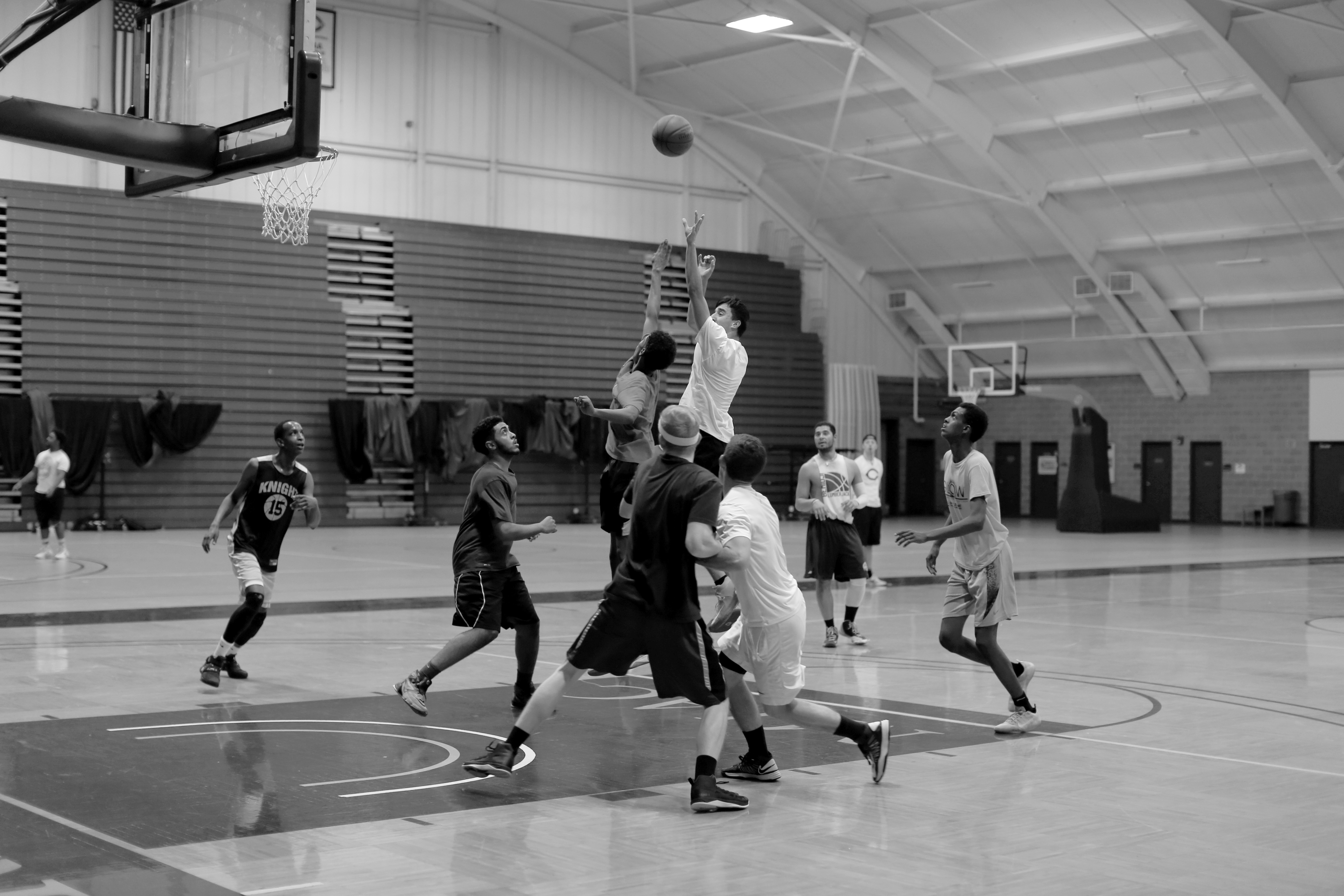 Three teams, one men’s and two women’s,went undefeated this season. On the men’s side, two teams were 6-0 in regular season play, the C-Men and the Dream Team, and on the women’s side, The Volleyball Team was also 6-0.

For The Dream Team, it was their second consecutive unbeaten regular season. They won the championship last year and have nearly the exact same roster as last year’s team. Peter Cassaday, captain of the team, thinks the group of former high school basketball players are ready for another deep postseason run.

“We’re confident it should go well,” Cassaday said. “We don’t have any reason to believe we’re going to choke this weekend.”

The other undefeated team, The C-Men, appear to be the team that could most likely challenge the defending champions, although they might have to play without their top defender Josh Mackner, who broke two bones in his arm earlier in the season while attempting to dunk.

The injury was pretty gruesome – Mackner’s lower arm was shaped like an S. For Mackner, who plans to play with a soft cast if his team advances past the first round, injuries are just part of the game.

“People are like, you did this playing intramural basketball? And I’m like yeah, you gotta lay it on the line, ball so hard,” Mackner said.

As a senior, Mackner is ready to continue laying it on the line. Intramurals are more than a game to him, it’s the continuation of a family team name. Mackner’s older brother created the C-Men seven years ago when Josh was a freshman in high school. Regardless of the outcome on the season, he doesn’t want to see the name die.

“I have a brother, Mitch, he’s a sophomore,” Mackner said. “He doesn’t play for the C-Men now but hopefully he carries on the C-Men name after I graduate.”

“We haven’t played too tough of a schedule,” Mackner said. “So, we’ll see how the playoffs go.”

On the other end of the spectrum are the underdogs, the teams who won only a handful of games this year. On the women’s side there were two winless teams, the Radioactive Ladybugs and Not Your Average High School Musical.

Kayla Dostal, captain of Not Your Average High School Musical, realizes that her team of soccer players aren’t built to compete with taller more experienced squads like the Volleyball Team. What’s worse is the fact that her soccer team is in the midst of spring practices which are held on Saturdays and Sundays. Despite having a two-hour soccer practice prior to their first playoff game and the fact that their team hasn’t won a game all season, they’re still optimistic.

“We have high hopes, cinderella story,” Dostal said. “We’re the underdogs, we have nothing to lose.”

Dostal truly believes they have nothing to lose; to her, they’ve already won. She’s gotten to continue bonding with her teammates in a low stress competitive environment. She believes she knows the true meaning of intramurals.

“No matter if we win or lose, I really enjoyed playing intramural basketball with the soccer team because it’s a good way to let loose and bond a little bit outside of soccer practice,” Dostal said.

The next round of playoffs will be played this Sunday.