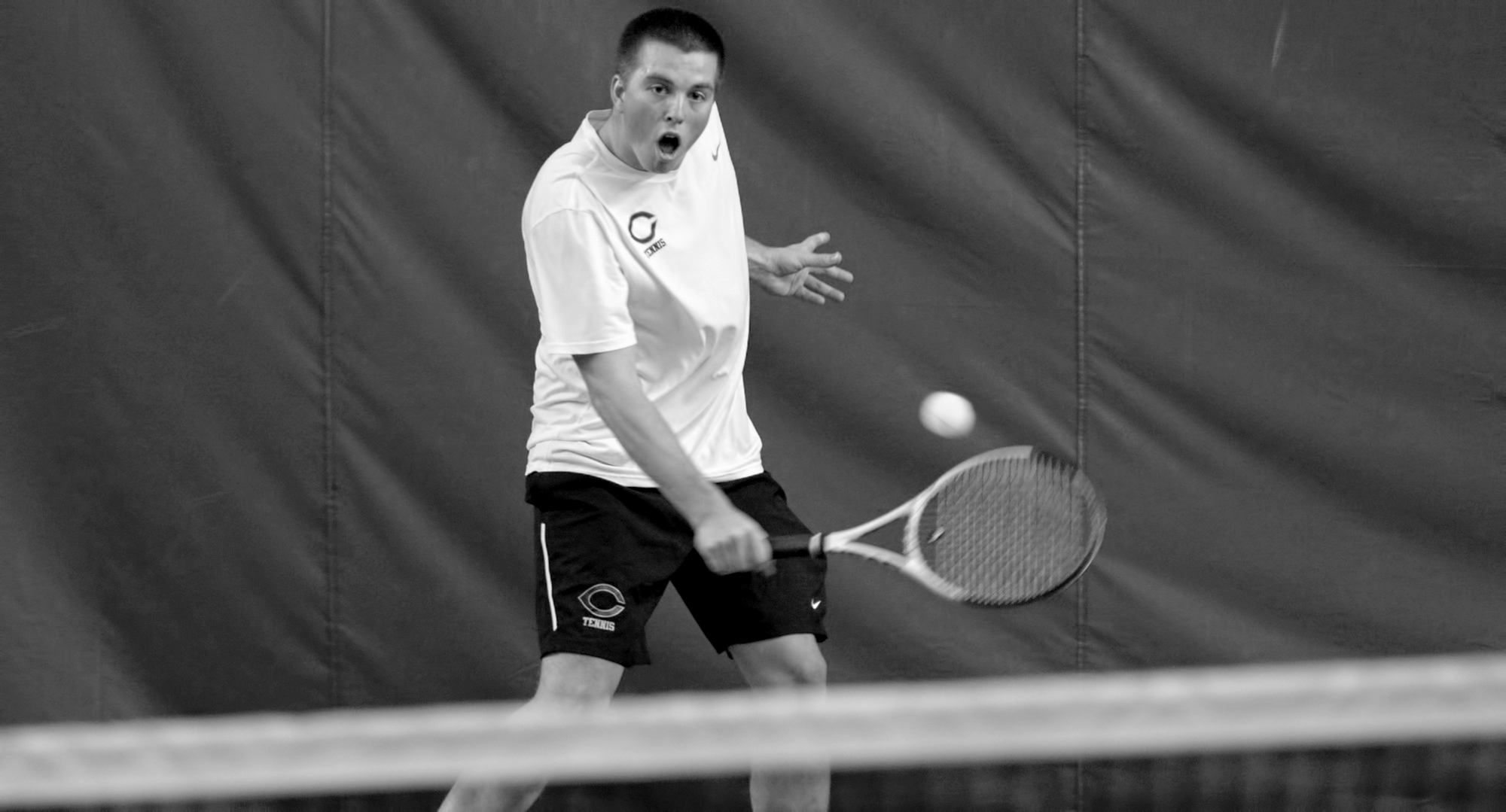 Isaac Toivonen is the backbone of Concordia College Men’s Tennis. So far this season, he’s accounted for over a third of the team’s singles wins but what he wants most of all is to bring his team up with him.

The Cobbers Men’s Tennis team is currently in the bottom three of the conference standings and that’s where they’ve been for awhile. But with a new head coach and an improving leader, the team is looking to climb the conference ladder. According to head coach Joseph Murray, who landed the head coaching job after serving as an assistant with the team last year, injuries and other circumstances kept his team from winning a few matches that could’ve vaulted the team into the playoffs. Toivonen put it a little more bluntly.

“We haven’t won all the matches that we should have,” Toivonen said.

With a singles record of 12-3, Toivonen is starting to realize his potential. Coming into the year, he only had 11 wins total in his time at Concordia.

“Isaac’s a big gamer,” Murray said. “He steps it up in clutch situations.”

Both Toivonen and Murray understand that the program is building. Although their conference record, 2-7, is the same as the team ended with last year, Murray is confident that the team is trending in the right direction.

“The men’s program is much better than it was last year,” Murray said. “No question we’re better.”

Toivonen has managed to balance his individual success with the process of building a program.

“Tennis is a team individual sport,” Toivenon said. “So I wouldn’t really say I’ve been getting frustrated.”

Some of the team’s improvement can be attributed to the increased emphasis Murray has put on the team’s conditioning program.

“Isaac will for sure tell you he’s in the best shape he’s been in since his freshman year,” Murray said. “It shows that second and third set when he’s able to push his body a little more. He’s able to keep that pace and keep that spin on his ground strokes.”

But most of the team’s improvement, like most college turnarounds, can be attributed to recruiting. David Youngs is just a freshman and is already the team’s number two player. Young cites Toivonen as one of his main reasons for coming to Concordia.

“Having a player of Isaac’s caliber on a team plays a huge factor in recruiting,” Youngs said. “Not only is he one of the top players in the conference, but is a kind, personable guy with great leadership qualities. Knowing that I would be able to play with him definitely played a role in me coming here.“

In addition to being the team’s number two, Youngs is also Toivonen’s doubles partner. Together this year they’re 9-6.

“I go out there with David and he’s playing really well in doubles right now. We’re really meshing,” Toivonen said. “The first four matches we weren’t doing as well. We were getting some wins but we didn’t really have the cohesiveness that we do now.”

Youngs enjoys playing with his partner as well.

“He’s a fun guy to be with on and off the court. On the court he’s got one of the strongest mental games and competitive attitudes that I’ve ever seen, but off the court he’s a funny goofy guy,” Youngs said. “We get along really well as friends, and I think that attributes to success.”

It’s not just his image that helps with recruiting. Toivenon is very hands on in the process.

In one instance, Toivonen, an international business and Spanish major, helped Murray by sitting in on a conference call with an international recruit from Spain so that the recruit could feel more comfortable and communicate more effectively. He’s willing to help the team build off this year’s season, which ends Sunday.

For their final meet of the season, Concordia will take on Minnesota Morris. They didn’t qualify for playoffs, but the program is building and Toivonen hopes to bring it up with him as he heads into his senior season.