By: Emilee Moeller
In: Campus, News
With: 0 Comments 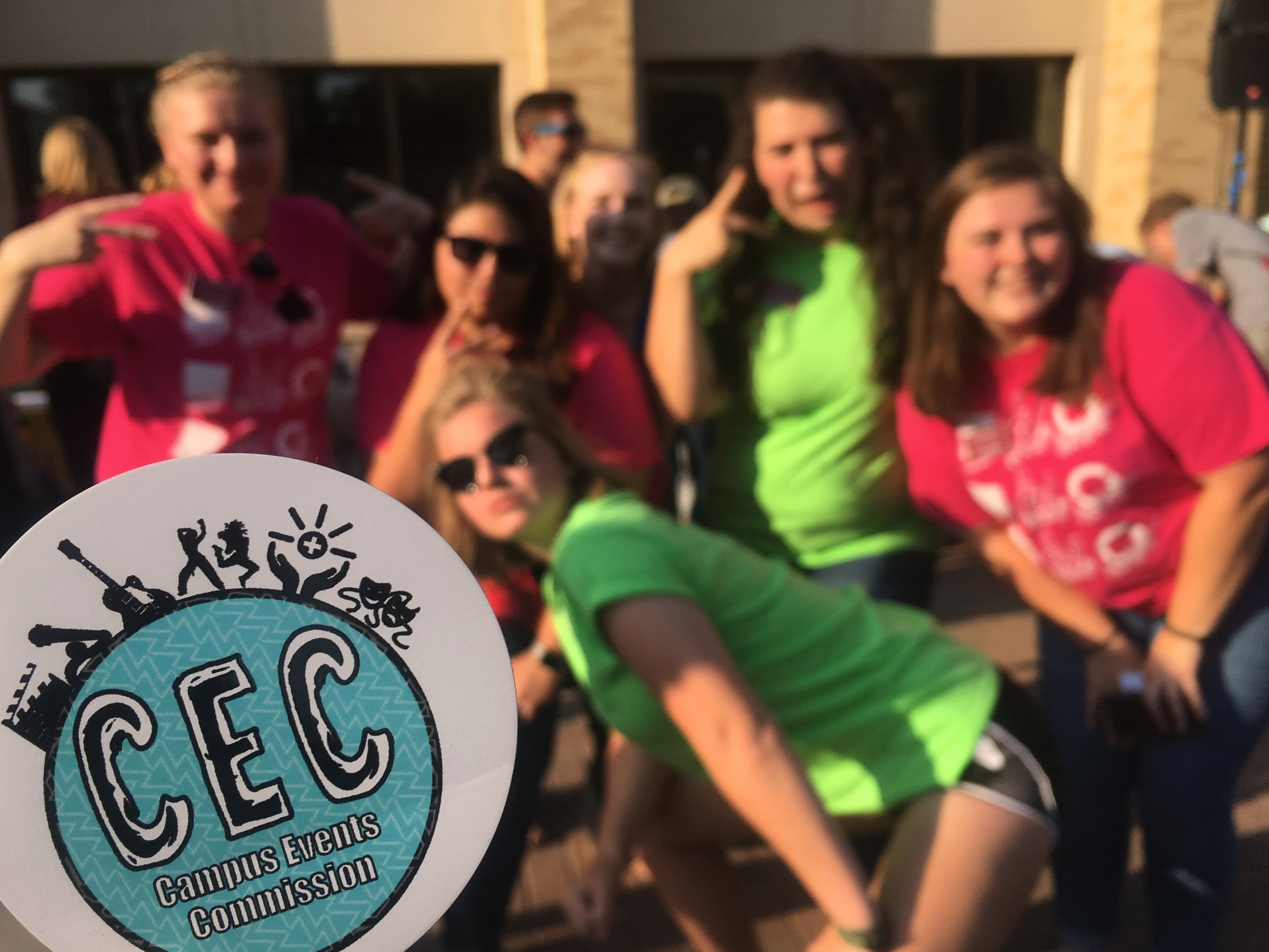 Concordia students can expect a revamped and reenergized CEC this year. With the dissolution and redistribution of the Campus Service Commission over the summer, new roles within CEC warrant a name change from Campus Entertainment Commission to the new Campus Events Commission.

In previous years, the Campus Entertainment Commission has been responsible for hosting a variety of events — two to four per week, on average — around Concordia’s campus, according to CEC’s Showcase Commissioner, Peri Lapp. Popular events included Zumba, grocery bingo, dances, and comedians.

“Any form of entertainment that students can enjoy for free,” Lapp said.

While CEC will continue to host such events, taking on numerous aspects of the former Campus Service Commission has widened CEC’s scope and capabilities both on campus and off. Brent Johnson, an assistant director in the Office of Student Engagement, as well of the advisor of CEC, said his vision for CEC is to provide safe, on-campus events for students.

“We hope that the events engage students effectively to help them build relationships. There’s a social element to what CEC does, as well as their work with group fitness and wellness events,” he said. “The addition this year of a Service Commissioner also brings in those service opportunities for students on campus.”

One of the more immediately noticeable changes to CEC is its name.

“Part of the reason is that with all the new events we’ve added, with service elements and off-campus events and alcohol awareness speakers, [CEC] exceeds simply entertainment value. That really comes through moreso with ‘events,’” Johnson said.

The dissolution of CSC and the additions to CEC were a natural transition, according to Johnson.

“CSC has been in some transitions within the past couple of years, and in that transition, they really focused a lot on more on campus event-based service,” he said.

As CSC began to move towards a more event-centered model, it made sense for both CSC and CEC to lean on one another’s expertise.

“They complimented each other in ways that made some synergy,” Johnson said.

“I think it’s going to be a lot of fun to have the service aspect of CEC, and I think it’ll be a way to get the campus more engaged in service. CEC is such a public campus figure,” she said.

When adding the aspect of service to CEC’s repertoire, CEC realized that they should also rethink how the commission functioned internally.

“This year has brought a lot of new things for CEC,” Lapp said. “We have one returning commissioner this year, Alex Samion, who is now the Lead Commissioner. That has been a very fresh start for all of us. Redelegating where things went was the big thing”.

“So far, it’s gone smoothly,” Lapp said. “It’s all very new, and very fresh, but we’re getting the hang of it.”

In addition to these changes, Brent Johnson hinted at some potential additions CEC could see within upcoming years. One element that he hopes to implement in the coming years is “a commission centered around diversity, equality, and inclusion,” with the help of Diversity Coordinator for Student Support Services, Amena Chaudhry. However, all parties involved are still in the early brainstorming process of what a possible diversity, equity, and inclusion commissioner could look like within CEC.

While the name change may take some getting used to for Concordia students, Lapp commented that she feels this is a much-needed change for CEC.

“I think everything has to evolve in some way,” Lapp said. “I don’t necessarily see it as a switch, I see it more as an evolution; everything deserves to change. It’s okay to break the mold, just so long as it’s not shattering.”