Review: “It: Chapter One” floats among best summer 2017 movies 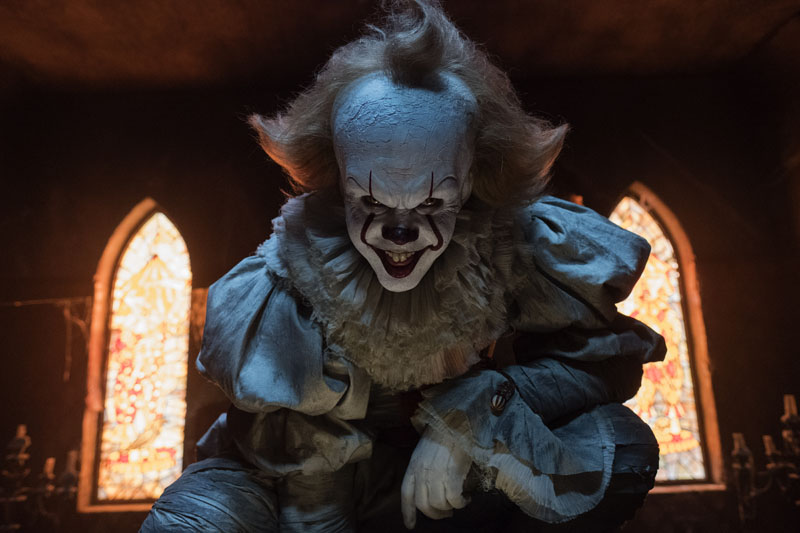 “You’ll float too” — a phrase that does not mean much unless one knows about one of the most chilling scenes from Stephen King’s “IT,” re-adapted to strike fear into another generation. King’s name, largely associated with films like “The Shining” and “The Shawshank Redemption,” has not seen recent success in film adaptations, and the “IT” miniseries of 1990 was not impactful. For many reasons, Andrés Muschietti’s interpretation has surpassed expectations of critics and fans alike.

In the wake of a disappointing summer of movies, “IT” may mark the beginning of a very busy fall for movie fanatics. “IT” opened on September 8th, “Mother!,” “Blade Runner 2049,” “Professor Marston & the Wonder Woman,” and “Jigsaw” open over the months of September and October, and November includes the much anticipated “Thor Ragnarok.”

Initial impressions of “IT” were nothing short of terrifying. Moments into the movie, a young boy, Georgie (Jackson Robert Scott), is the first one to see Pennywise the Dancing Clown (Bill Skarsgård), who has woken from a 27-year slumber to wreak havoc on the fictional town of Derry, Maine. Pennywise has been in the town since its inception over 100 years before, and takes the form of a person’s greatest fear before killing them, one at a time. However, Pennywise is not the only problem for the “Loser’s Club,” the main characters who are all outcasts in Derry for some reason or another.

The leader of the Loser’s Club, Bill Denbrough (Jaeden Lieberher), reels in the recent disappearance of his brother Georgie, and takes it upon himself to find him or at least discover why he went missing. Throughout the film, Bill and his friends encounter many struggles with family and older students by day, and are haunted by Pennywise day and night, building conflict until the final few moments.

The major flaws with “IT” are in the CGI and the screen time to tell the story. Unfortunately, “IT” carried a low budget relative to the length of time spent on the film. “IT” has been in production on some level since 2009, and changed many creative staff members, including directors. “IT” was originally planned to be a single movie, but Muschietti decided to create two movies. Doing so, he created a solid foundation for the second movie to be released within the next couple years. The story shown in Chapter One, what this first film is being called, is the first half of the novel, diving into the characters’ lives as children instead of covering childhood and adulthood in the same amount of time. Since the film covers the entire first half of the book, there are moments where some details are neglected, as with the introduction of the only female in the Loser’s Club, Beverley Marsh (Sophia Lillis). She is accused of sleeping with multiple people and bullied in her opening scene, and she is unable to make friends due to rumors. Her character was one of the “Losers” who could not develop enough early in the film due to the large cast of characters, which hurt her character’s development and relationships with others later in the film.

The CGI of the film also struggled at times, most notably in the beginning of the movie when Pennywise takes the form of a painting in one of the boy’s homes. Because of the fast action shots, low budget and many other factors, the animation did not feel as real as others did throughout. Subtler special effects and special effects on camera for greater periods of time were better executed, but the inconsistency in special effects drew from the experience at times, especially earlier in the movie when the jump scares and other horrifying moments were brief in duration and less important. That said, some sequences at the end of the film were chilling and bound to stay in the minds of audience members for days afterwards.

Despite technical flaws, “IT” has a luster that many horror movies and Stephen King movies have recently lacked. Certified “Fresh” by Rotten Tomatoes and enjoyed by many critics, this film is a terrific first film release of the academic year. It earns a respectable 8.4/10 and, horror fan or not, this film offers psychological thriller and horror aspects all culminating in a terrifying film bound to leave audience members looking forward to Chapter Two.