By: Kaitlyn Alme
In: Variety
With: 0 Comments 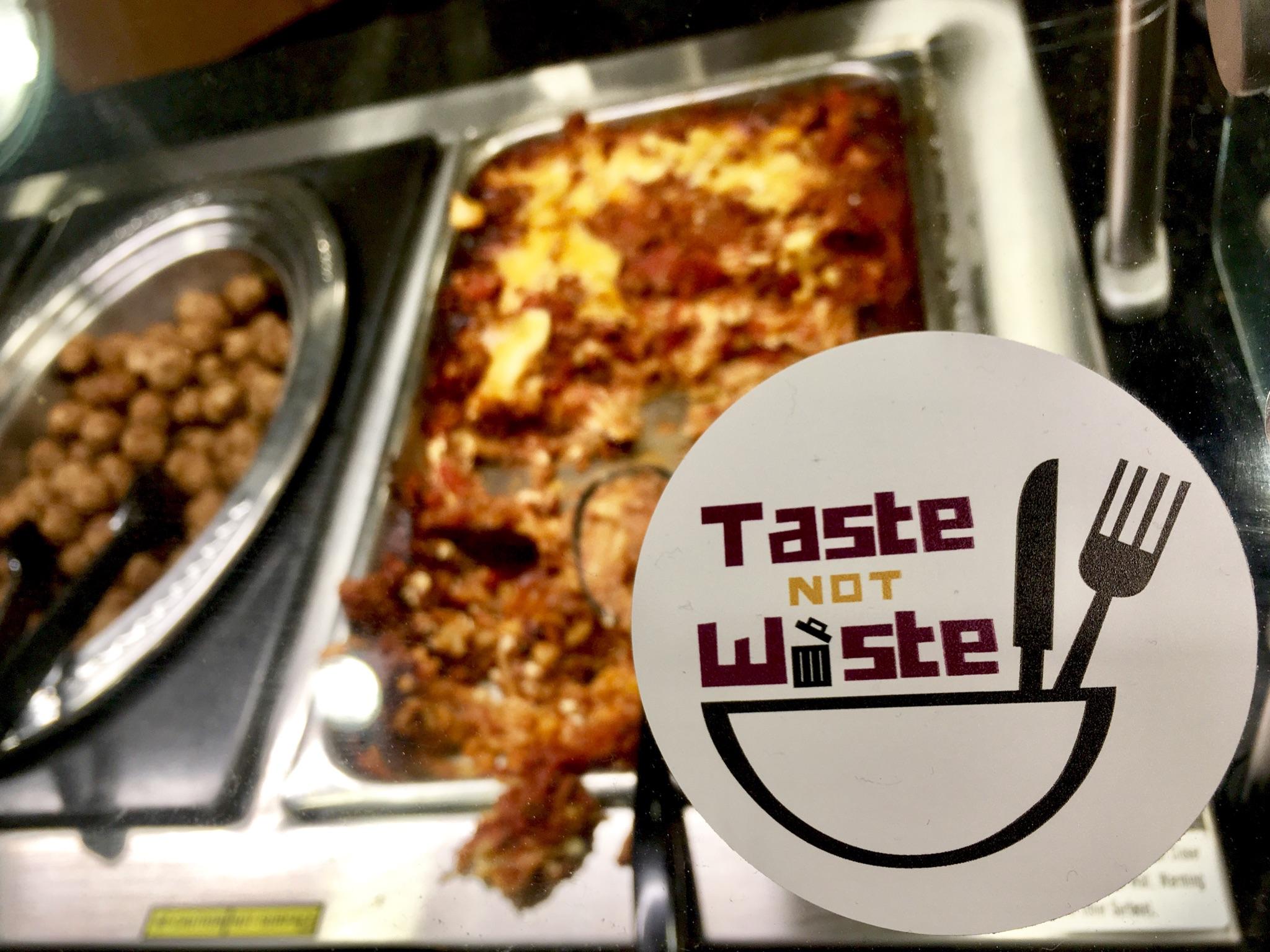 To students who frequent Anderson Commons, the Taste Not Waste logo is a familiar sight. However, this year, Taste Not Waste will become an even more powerful voice on campus.

Taste Not Waste is a campaign to reduce plate waste in Anderson Commons. The campaign grew out of data that was collected by the inquiry classes of Dr. Joan Kopperud of the English department and Mrs. Linda James of the nutrition and dietetics department, along with the help of  dietetic interns who have been performing plate waste studies since the 1990s. After recognizing that Concordia, like the rest of the nation, is wasting nearly 40 percent of its food, Kopperud and Dr. Meredith Wagner of the nutrition and dietetics department submitted a sustainability grant proposal in fall of 2016 in hopes of lowering this statistic.

“When we were writing our proposal for our grant, we looked to see what other colleges and universities were doing,” Wagner said. “There is a lot out there about goals, kind of broad statements relating to sustainability, but there was no college that we could find, especially in the midwest area, that had a true, smart goal related to reducing food waste,.”

“We decided we are ambitious, we can do this 10 years earlier, and we have the data to track it,” Wagner said.

The goal was officially adopted and announced by President Craft on Nov. 1, 2016.

Angelica Anderson, a senior nutrition and dietetics major and the Taste Not Waste student intern, sees three ways to reach the campaign’s goal.

“Number one, use the ecotensils. They’re very helpful. You can taste the food before you grab a whole bunch and decide you don’t like it,” Anderson said. “Number two is take smaller portions. DS is an ‘all-you-care-to-eat’ facility, so you can eat as much as you need. Lastily, accountability. Hold yourself accountable and hold each other accountable.”

“It’s taking smaller portions, using ecotensils to taste food even though it might seem kind of nerdy,” Westrate said. “It’s getting over that stigma and making it normal that we shouldn’t be wasting food.”

Since November, two plate waste studies have been conducted, with reductions in food waste evident in each study. The next plate waste study is to take place this October.

In addition to plate waste studies, Taste Not Waste had a strong presence during this year’s incoming students’ orientation.

“This year we were very involved with orientation. We wanted to make sure that all of our incoming students were aware of Concordia’s goal as it relates to plate waste with the hope that they’ll get involved,” Wagner said.

Taste Not Waste will also hold a concurrent session September 20 at this year’s Symposium, called “Transforming Anderson Commons One Plate at a Time.”In the meantime, members of the Taste Not Waste campaign urge students to get involved in food waste reduction.

“I like to refer to this as the ‘us campaign,’” Anderson said. “It requires everyone’s participation.”

Wagner said participating in reducing food waste is a cause that everyone can and should partake in.

“Everyone can make a difference. It doesn’t take time, it doesn’t take money, it just takes being mindful,” Wagner said. “When you sit down, just think, will I be able to eat all of this? And that goes for on campus but also for off campus, and in restaurants: if you ask them to pack up the leftovers, make sure you take them home and make sure you actually plan to eat them, that they don’t get pushed to the back of the fridge until they’re growing some fuzzy stuff. It’s real simple to do, it just comes with awareness, and that’s really what the campaign is about.”