Fargo Fantastic Film Festival to play 100 films in a weekend

By: Jonathan Immel
In: Variety
With: 0 Comments 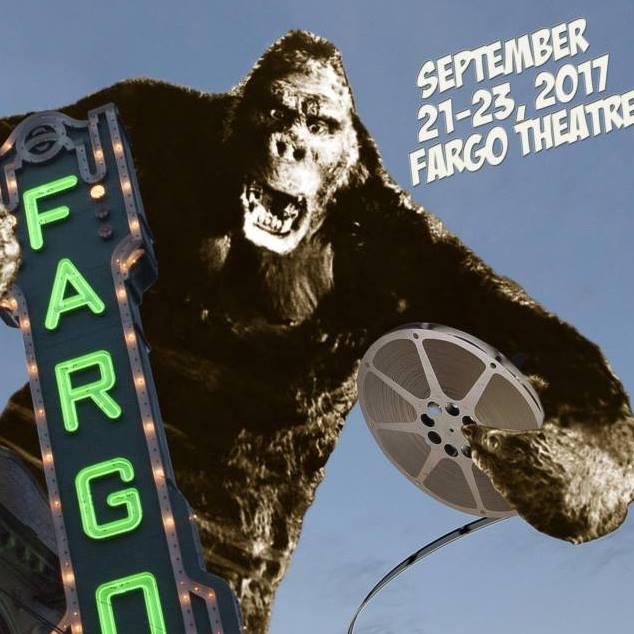 In an age where movies are increasingly available online for purchase, rent, or to stream, going to a film festival may seem not only like a waste of time, but also a waste of money. Despite this, thousands of people attend film festivals across the country each year.

Tony Tilton, television director at Valley News Live and founder of the Fargo Fantastic Film Festival, has seen significant growth and success with the festival, now on its 15th year. The festival, dubbed “fantastic” because of the fantastical nature of the primary genres shown, including sci-fi, fantasy, and horror/thriller, is looking to deliver a terrific experience for all audiences and ages.

Since its inception as a part of the ValleyCon, the longest running and largest pop-culture festival in the area, focusing on sci-fi, fantasy, horror, gaming, comics and more, the Fargo Fantastic Film Festival has grown significantly. Tilton and others at ValleyCon made the festival its own event in 2015. Now on its third year independent from ValleyCon, the festival has moved to the Fargo Theater for a full weekend. According to the festival website, the festival received over 400 submissions this year and is playing nearly 100 films ranging from 45 seconds to full-length feature films. Some titles are typical of the sci-fi or horror genres with “Zomburbia” and “Waking a Monster,” but Tilton discussed some of the other films, including “Dickeaters,” “My Ass is Bleeding 2,” and “Nuclear Winter: The Musical!”

“Titles can be pretty misleading about what the films are actually about,” Tilton said. “All three of them are very funny . . .‘Dickeaters’ is about vampires drag queens from Philadelphia.”

Both Carlson and Tilton have plenty of advice for students, whether they are invested in film as a career, or just a passerby looking for entertainment this weekend at the Fargo Fantastic Film Festival.

“Watching the films is only half of the experience,” Carlson said. “The other half is introducing yourself to other people. Most people are there because they love movies. You have to be brave enough to introduce yourself to other festival-goers. That’s how you meet people. Festivals are a place to experience film together.”

Tilton offered some insight to potential attendees about the films at the festival, many of which are being shown to audiences for the first time or just before they enter theaters.

“We are only showing four feature films, which means in a 90-minute session you may see six or twelve different movies that are all wildly different [and] that is what’s so fun about it,” he said. “It’s kind of the best buffet in the world.”

To provide this kind of “buffet,” the festival brings in many unique films, concepts, and even Academy Award-winning artists. While his name may not be recognized for acting, Howard Berger, co-owner of KNB EFX (the makeup special effects studio of “The Walking Dead” and other top films over the last 20 years), will be attending the festival Friday and Saturday night. After the Saturday sessions, he will be holding a Q&A session to discuss his work, “Waking A Monster,” and many other films that he has worked on over the past few decades.

Some people, Carlson said, tend to stay away from festivals for a variety of reasons. The films shown are not large budget, directed by famous directors, or starred by popular actors and actresses. While many films shown at festivals are independent in this way, Carlson has seen the way that independent short films can be successful. He has been a part of a team who has been one of 12 winners in the International Documentary Challenge at the Slamdance film festival, which runs concurrently with the Sundance Film Festival, for the past four years. The competition involves submitting non-fiction, short subject documentaries. The most recent film Carlson’s team has worked on is a documentary about Adam Turman, a street painter in the Twin Cities. He was very positive about the community surrounding small-budget independent films.

“Small markets can still produce interesting stories,” Carlson said. “You don’t have to be in Hong Kong or New York, or Paris, or have a huge budget to produce great content.”

Tilton and the The Fargo Fantastic Festival bring in actors, directors, and film artists from across the country, and world, in hopes of providing a high quality, yet inexpensive event. Festival-goers can see a session for $8 (adult rate) or $5 (student rate). There is also a festival pass for $20 (adults) or $10 (students). Tilton invites all students to come see some of the many films they have on display.