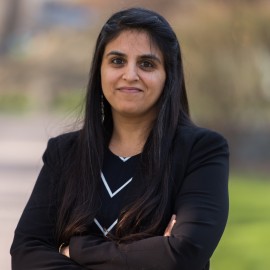 As part of Concordia’s push to create a more diverse campus, three new staff members have been added to the Office of Diversity.

In his new position, Antonio will work directly with President Craft to support and enhance Concordia’s diversity efforts. He would like to focus on what he calls the “human element” of the college. According to Antonio, diversifying the human element does not just mean diversifying the race of students or staff; it means bringing together race, ethnicity, and thought into one community.

Antonio would like to encourage diversity on Concordia’s campus in terms of ethnic and racial profile, but also with qualities such as sexuality, ideology, and ability. According to Antonio, this requires a connection with the community so that communication and understanding can happen.

“I’m really interested in that ideological diversity—how do we create space and room for those people to feel safe to say who they are?” Antonio said. “I’m not interested in judging or condemning people for their political views, I’m interested in engaging and debating with them, and seeing whether they’ve got persuasive arguments. I would like this to be a place where being a human being drives what we think about.”

Chaudhry’s role involves coordinating diversity programming and providing direct support and advocacy to any student that has a concern or issue related to diversity, equity, and inclusion. She describes her position as flexible based off of what students need.

“I’m here as a support for students who need me; I’m here in an advising and mentoring capacity,” Chaudhry said.

Like Antonio, Chaudhry hopes to expand the ideological diversity of the campus by creating more open channels of communication, and is considering projects and trainings that will help provide students with the opportunity to share their experiences and perspectives, along with helping to build empathy.

“I would like to see or help … figure out a way to have more open honest conversations, while being able to talk about difficult subjects, and … to figure out how we can gather as a community when stuff happens, and even when stuff isn’t happening,” Chaudhry said.

One of the biggest things Abdulkarim would like to see is representation at the college, and it is something that she is excited to contribute to.

“I think it’s a matter of colorfying our community and making sure that people are aware of differences that do exist but understand that there is a commonality that we all have,” Abdulkarim said.

Abdulkarim is hopeful and excited to see what changes the Office of Diversity can bring to the school.

“I’m excited about what the office has to offer, and the expertise that Edward is bringing into bringing diversity and representation into the campus,” Abdulkarim said.
.